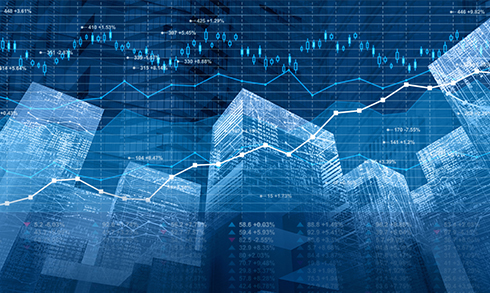 Home » header_menu » When Money is Involved, Everyone has an Agenda

Most political parties exist to have control and power. And you can twist that reason in any way you like, but the fact is people just love to rule the world.

It is for this reason that Bitcoin’s emergence heralded a new era, where money supply is not controlled by the powers that be. Bitcoin fundamentally stands for everything that is not of the banking establishment.

Not only is this fundamental fact, backed by mathematical proofs that is inherent in Bitcoin’s design, but creator and inventor Satoshi Nakamoto also inscribed this message in the genesis block in 2009 – “The Times 03/Jan/2009 Chancellor on brink of second bailout for banks”.

While some fundamentals of Bitcoin cannot be controlled, nor governed, this does not make it immune to other forms of manipulation, such as price manipulation and social engineering.

Bitcoin’s history is peppered with moments of such influences. Most recently notable, however, is the revelation of the Exchange Hard-fork contingency framework. On March 17, a large number of well known exchanges released statements explaining, in a rather gloomy context, how they would treat a hard-fork by Bitcoin Unlimited. Terms such as BTU vs BTC were thrown, as well as some exchanges outright claiming they wouldn’t support a fork.

Of interest as well was the major exchange Poloniex which stated they may not enlist a Bitcoin Unlimited chain – even though they were very willing to enlist the Ethereum Classic chain when Ethereum split to recover the lost DAO funds.

Statements such as these are designed to do one thing. Create panic.

Exchanges in particular make the bulk of their profits from volatility. If it was just Bitcoin going strong on its own, then everyone would have their money on Bitcoin, and there’d be little trading, and therefore little trading fees to cash in on. But these statements created a major swing for Bitcoin, which forced a large number of holders to immediately diversify to Ethereum, Monero, and other altcoins. This was big revenue for exchanges.

The result of this simple statement created a panic sale in the order of 5 billion dollars in market cap. Bitcoin’s market cap literally plummeted from 20 billion to 15 billion USD in a matter of days. It’s worth noting that in this period the combined alt-coin market cap rose from 3 billion to almost 10 billion USD.

In truth, Bitcoin isn’t anywhere near hard-forking. Miners that support BU have also made it clear they will not mine bigger blocks until there is overwhelming consensus from the signalling parties. With most BU supporters wanting over 75%, and Segwit requiring 95% adoption, the chances of either side winning right now are beyond slim. Particularly when each side currently holds over 30% support and does not appear to budge any time soon.

This isn’t to say that a fork won’t happen in the future, and that preparations don’t need to be made. But the doom and gloom approach is designed for profit by a minority.

Sadly, while Bitcoin’s inner workings may be exempt from human interference (for the most part), the psychology of its price is not. Price manipulation exists wherever markets exist.

Similarly, the blocksize debate is a matter of political control. I will discuss this topic in particular in my column next week.