Apart from the KYC nightmare, merchants (and individuals) will have trouble sending even just a few dollars.

Diar, which covers analytical studies on global cryptocurrency developments, released a study on June 25 assessing the Lightning Network (LN). According to the study, despite the steady growth of the network, routing payments within it is unreliable and becomes even more so as the amount of transfers increase. Funds bounce back to the sender when transactions fail.

“…the reliability of successfully routing a payment on the Lightning Network is still quite low, especially for larger amounts. The success rate for a payment for no more than a few dollars between random LN nodes is 70% (see chart),” the study states.

“A current woe facing the LN is that it’s not ideal for sending large payments. If only the nodes that have at least one channel with sufficient capacity to route the payment are considered, the probability of successfully routing the payment of less than $200 between random LN nodes is a mere 1%.”

The study points out some of the biggest flaws of LN: requiring the sender, receiver, and intermediary to all be online at the time of a transaction. That in addition to the fact that intermediaries are needed in the first place—elimination of intermediaries was the primary goal of Bitcoin. According to Diar, the result is consistent with previous arguments against the Lightning Network—that it would lead to a network of large, centralized “banking” hubs, as Electron Cash developer Jonald Fyookball explained in a Medium post last year.

“This leads to another criticism of encouraging the creation of large hubs. The lack of liquidity between nodes, and the online factor, has led to the concentration of capacity to only a few large nodes. Ten of the largest LN nodes (0.4% of total nodes) currently have 53% of the network’s capacity while the remaining 2,500 nodes have 47%,” Diar’s study notes.

Reddit users have also been discussing the issue, with some saying the situation actually got worse since LN went live. 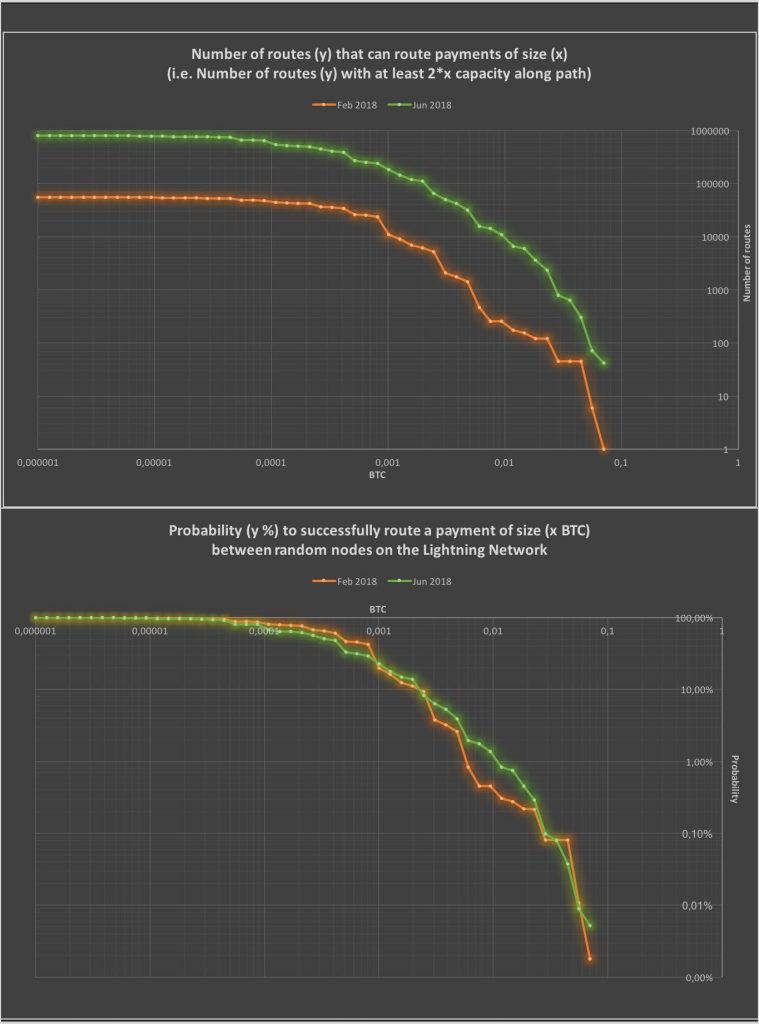 Many argue that once more exchanges start running the Lightning Network, transactions will begin to run smoothly as users lock up more funds to ensure the success of transactions. However, even long-term Bitcoin advocate Andreas Antonopoulos doubts it will gain mass adoption.

“I don’t think Coinbase will run Lightning, and I think there are many reasons why we’re not going to see regulated exchanges run Lightning Hubs,” Antonopoulos sais early this year.

The Economic Crime Bill will give U.K. authorities power to crackdown on illicit activity, such as imposing stricter sanctions on Russian oligarchs and seizing digital currencies and assets.

Eddy Alexandre allegedly told his investors he had a high-secret trading technology that allowed him to generate 5% weekly returns for investors, according to the U.S. Department of Justice.

Jeremy Spence, aka 'Coin Signals,' has been sentenced to 42 months in federal prison after he was found guilty of scamming more than 170 victims.