Modern digital currencies stand at the precipice of ground-breaking legal change with the introduction of the U.S. Crypto-currency Act of 2020: a bill introduced by Republican Congressman Paul Gosar. While BTC “permabulls” have been predicting the inevitability of a “bitcoin ETF” for years now, Chicago Board Options Exchange (CBOE) dropped BTC trading altogether, and both BAKKT and Chicago Mercantile Exchange (CME Group) have seen mostly downward trends in trading volume for most of the last 12 months. Since 2017, there have been promises of incoming “institutional money,” but it never quite makes it over the finish line.

The reason is complex, but one of the major blockers is that Bitcoin is poorly understood by people that do not have a basic grasp of laws and regulations, and until recently there had not been a legal issuer to take responsibility for creation of the database or the assets therein. In the absence of Satoshi, who went quiet in 2010, the legal definition of Bitcoin was left to a disconnected and idealistic community of monetary activists and early adopters who broadly fit the definition of “crypto-anarchists.” These activists were looking primarily for a tool to facilitate black and gray markets and damage the monetary monopoly of the state.

While in some ways, this was to be expected with a disruptive new technology, it was very problematic for legitimate business use and institutional adoption who are required to fall into line with the law. For example, no publicly traded company can utilize a database without full clarity on how the data is secured and how it is regulated. This is why Craig Wright stresses so brazenly that Bitcoin is not a “new” class of asset or database. It should be regulated under existing laws which cover monetary policy, digital rights, KYC/AML and various other established laws so that friction toward commercial adoption can be reduced!

So what does this new bill do?

The House ‘‘Crypto-Currency Act 5 of 2020’’ does not look like it will be ushering in the bullish mania that the HODL-culture has been praying for either. In fact, the same week that it was announced, the digital currency markets had the worst single day of trading—maybe ever! But it does aim to bring clarity to a lot of the long-held “what-ifs” that have plagued the bitcoin economy for years.

One of the most valuable and intriguing aspects of the new bill is the way that it clarifies its definitions of the different types of digital assets and the agencies that should regulate them:

These definitions, while valuable as a piece of clarification on how they should be regulated and used in the marketplace is a big, punctuated reminder of the dirty word that the crypto-anarchist intelligentsia refuses to believe they are beholden to: 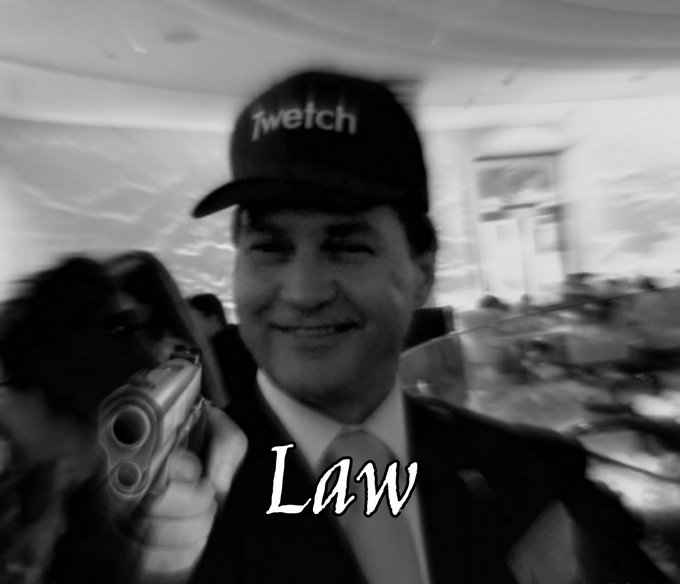 The most schizophrenic thing about the “institutional money” meme is that somehow everyone outside the Bitcoin SV economy believes that their cryptocurrency investments can be simultaneously adopted by businesses and institutional investors while also passing some sort of vague anarchist purity test. This madness must end.

Take BCH and Monero (XMR) for example: at the protocol level, both networks utilize bundled signatures (Shnorr for BCH, and Ring Signatures for XMR) and Monero even uses a mixed data set at the base layer, as well. Meanwhile, BCH pushes layer two mixing services based on “CoinJoin” protocols in some of their most popular wallets. While these things are interesting technological innovations, they are the aforementioned regulatory black swan! Dr. Craig Wright has previously (and repeatedly) noted the problems this will cause to all chains:

“Section 4.5 of the FinCEN monetary guidance explains not only that enhanced CVC transactions are without exception required to be registered, but that the mere use of something like the built-in mixer in CoinJoin acts to alter the basic function of Bitcoin or BitCHcoin such that it is covered and must be registered as an MSB. Anyone running such a system needs to prove that all of the coins involved in mixing did not come from a U.S. citizen. Moreover, the same applies to the U.K., Europe, and many other countries. To prosecute, a treasury or an FBI agent would simply need to send money to the site and enable mixing. If a single fake U.S. account can be set up, it is criminally a breach of the law.”

To lend more credence to the often-derided predictions of Dr. Wright, the new House bill introduces language that reinforces existing law as it pertains to legally transacting value, stating in regards to the illegal nature of coin mixers:

Another bright spot for transparency is that the House bill makes very specific demands for stablecoin reserves to be audited by the Secretary of the Treasury. This could spell the end of the era of fear over fractional reserve assets such as the 74% collateralized “tether” stablecoin and the recently encumbered “DAI” stablecoin asset issued by “MakerDAO” on the Ethereum blockchain.

That is the real question. While the house bill is, in many ways, a step in the right direction, it could also be a redundant and confusing addition to existing law. Now, as we juggle on the brink of global economic catastrophe, it would be exciting to have institutional adoption of Bitcoin SV as the global database for business, but the crystal ball has suddenly become very murky as markets around the world contract due to the increasing, existential threat of the Wuhan Novel Coronavirus.

One thing is for sure: with or without “The Crypto-Currency Act” or the small blockers’ collective hope for the collapse of the fiat economy, Bitcoin SV is ready to rise to the challenge of transacting enterprise-level data today for anyone bold enough to take the first step!

In the recent craze to tokenize everything including the kitchen sink, it is easy to lose sight of where real value lies, Jerry Chan writes.

In the face of the bull run and NFT boom, environmentalist activists have once again targeted Bitcoin’s industrial infrastructure for criticism based on the assumption that proof of work for building blocks is a waste of electricity.

Digital assets are becoming increasingly popular among accredited and institutional investors–but why? In this article, we look at why...