CryptoTrader.tax was the first to notice this mistake; a CryptoTrader.tax user posted the CP2000 notice he received from the IRS on Friday, November 20. His CP2000 notice claimed that he under-reported his 2018 digital currency-related earnings by more than $250,000 when really, he suffered a capital loss that year and the IRS owed him $2,000. Regardless, the IRS claimed that the user owes the federal government $127,960 for under-reporting. Shortly after the first user shared his CP2000, several other digital currency traders claimed that they received a similar notice. 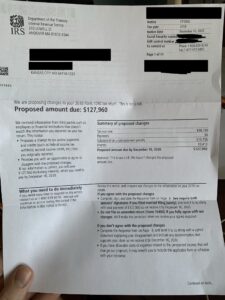 Why is the IRS sending these notices?

According to David Kemmerer, CEO of CryptoTrader.Tax,

“1099-K is an informational form used to report credit card transactions and third-party network payments received during the year. The gross amount of the reportable payment on your 1099-K does not represent any gains or losses you need to report to the IRS. It solely reports the gross proceeds from all transactions you’ve made on the network—in this case Coinbase. This is the problem with this form. Instead of reporting gains and losses (which are the real numbers you need for tax reporting), 1099-K sums up all of your trades and sells that happened within your Coinbase account and reports that number to the IRS. This makes it look like you had huge amounts of unreported income on your tax return.” 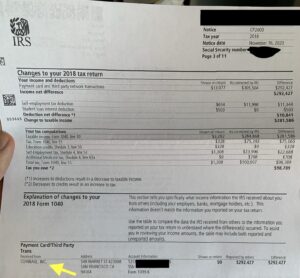 Have you received a CP2000 notice?

If you have received a CP2000 notice, CryptoTrader.Tax suggests that you get in touch with a tax advisor. CryptoTrader believes the misunderstanding can easily be resolved by getting in contact with the IRS and proving what your actual gains and losses were.