The HandCash team has shown how easy it is to turn a Bitcoin SV (BSV) app idea into a working product in one hour or less. Working under pressure in real-time on a YouTube livestream, CEO Alex Agut, CTO Rafa Jiménez, and Brett Banfe chose an app idea selected by user poll and created a prototype using OpenAI and HandCash’s Connect SDK, complete with real Bitcoin payment functionality.

In the end, it takes a little longer than 60 minutes to complete, though the conversation and explanations take up most of the time. A recording of the complete three-hour session is available for viewing here. For future HandCash livestreams and to vote on your preferred project next time, bookmark HandCash’s stream page.

Alex says HandCash decided to create tools that are easy to use regardless of skill level. His company receives many requests from users to develop new app ideas, and this is one way to help them bring their ideas into the real world, whether they have a professional development team or not. By integrating with HandCash, they can earn royalties and usage rewards.

The top-voted app idea this time was a “restaurant review generator for lazy people.” Rafa describes it as using code from OpenAI’s publicly-available resources to build a simple app where a HandCash user could pay 10 cents and generate a plain-English business review (suitable enough to post on review sites) by following a few basic prompts. You can even see the working prototype of the team live-built right here. 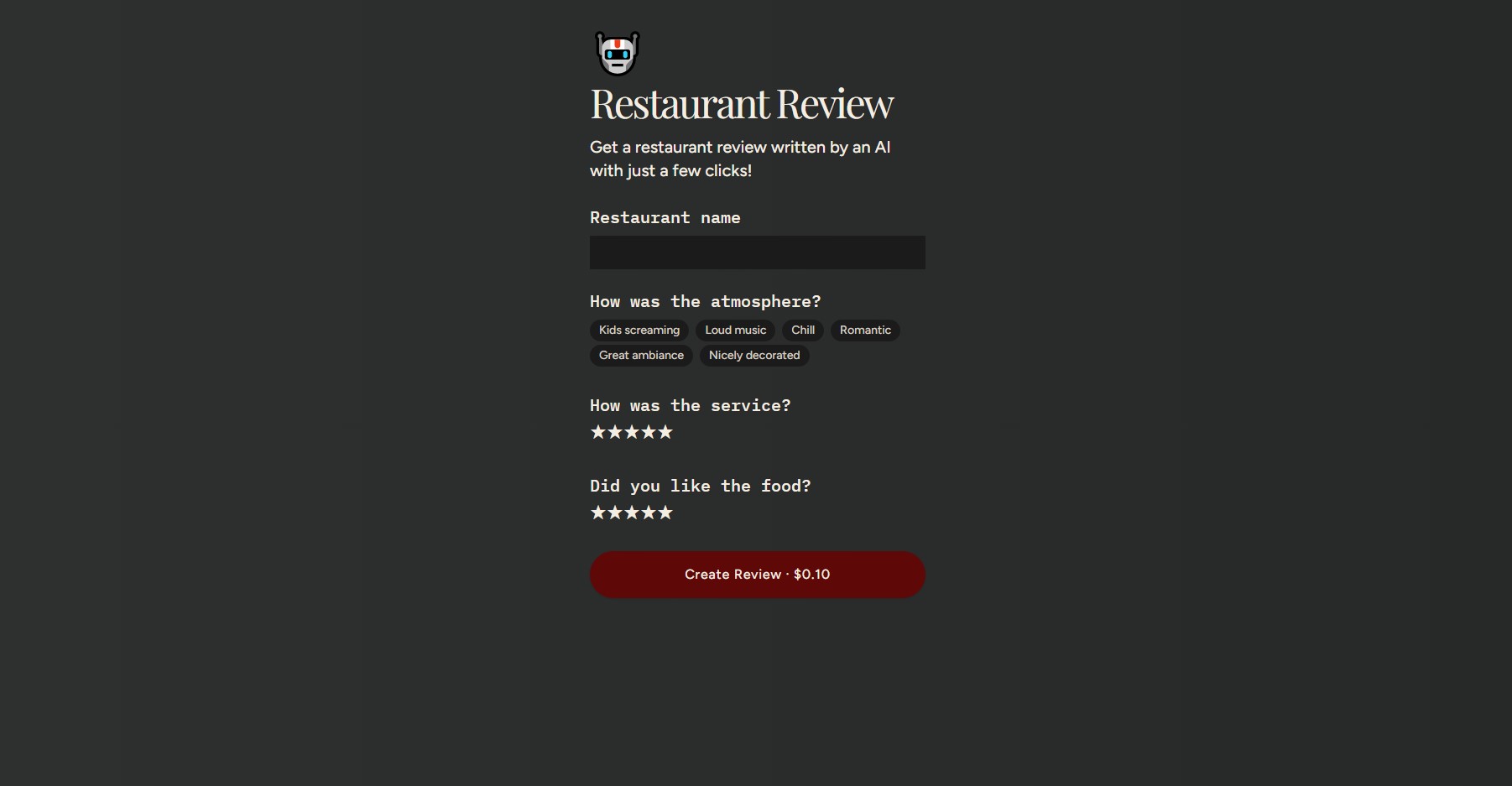 Rafa says the live demonstration is about “connecting all the pieces we’re going to use in the system — connecting the front end with the server, with OpenAI, with HandCash Pay, and with some persistence to store the information in a database.”

Alex adds some UI touches by looking at several restaurant review sites and choosing an appropriate color palette and screen layout, including which prompts to use for suggestions, like restaurant name, atmosphere, service levels, location/parking, quality of food, etc.

As they work through the process of building the prototype, livestream viewers ask various questions, such as specific tasks and functions related to handling payments and transferring funds.

The HandCash documentation website has descriptions and code examples to copy-paste, such as this introduction to HandCash Pay. OpenAI is an AI research project founded by Elon Musk and Sam Altman in 2015, using machine learning to create “artificial general intelligence” (AGI) tools anyone can use. It includes the GPT-3 language model for using natural language expressions to search and create code and the DALL-E/DALL-E 2 systems for generating images from worded descriptions.

How much do I need to know beforehand?

It will require existing coding experience to understand exactly what to do with each piece of code and use development environments to turn it into something that actually works. In fact, rudimentary programming knowledge (like this writer’s) is necessary to follow what’s going on. Even if you’re a complete newcomer to programming, though, there’s educational value in watching the thought process and ordering of tasks. Brett asks further questions about other aspects of the development team experience, like whether it’s better to work in the same room or remotely, how much communication/rapport is enough, and even issues like commuting times and how people of different ages work. 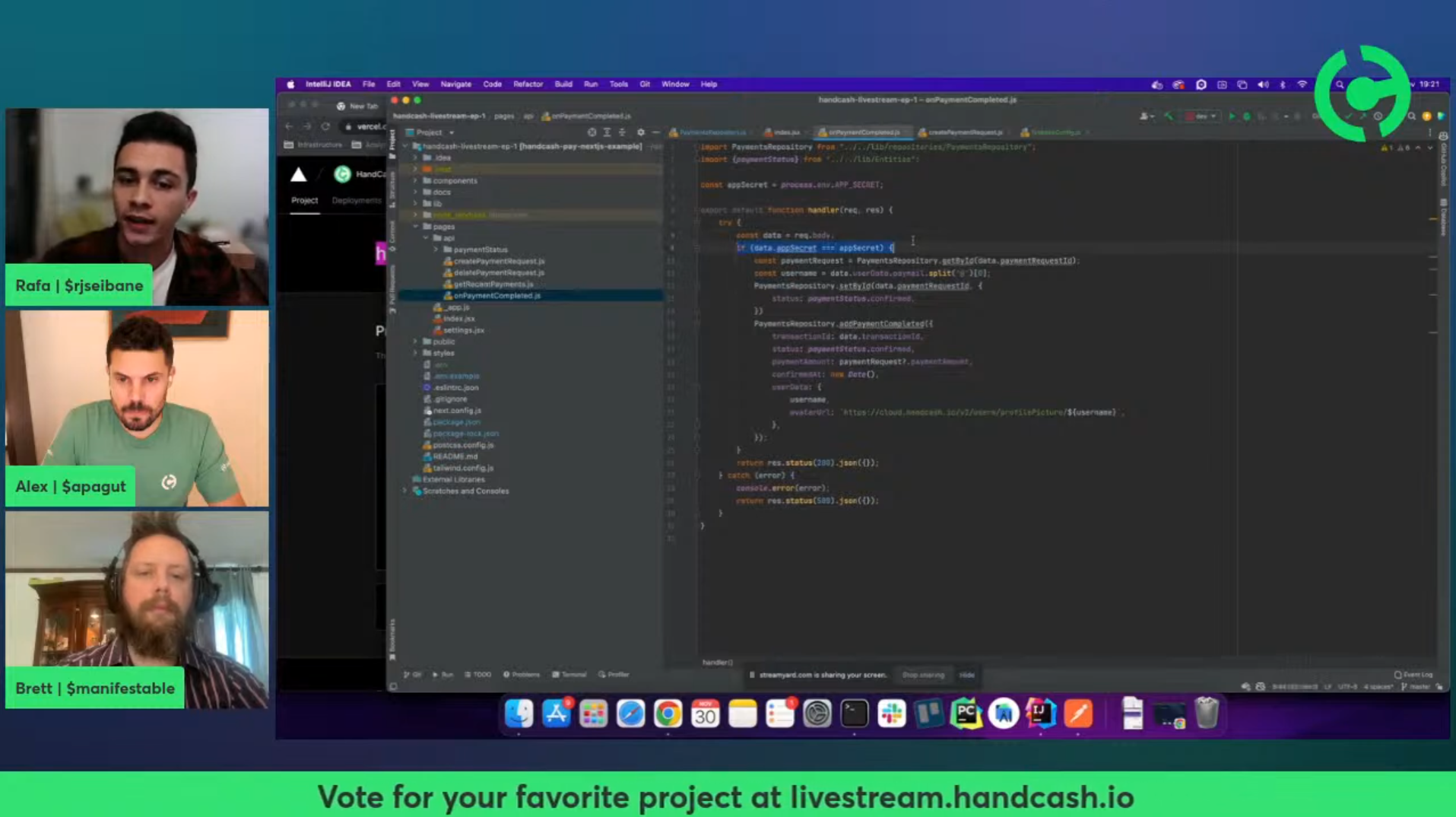 Developing an entirely new app from scratch on a livestream was Rafa’s idea, “to show we’re crazy as f*ck” and “to show it was something we could really do. We wanted to show that you have the tools, and you have the means, to really focus on building a functional prototype in a small period of time.”

Brett says the demonstration is about empowering more developers & builders in the BSV ecosystem to “take on bigger and wider projects using HandCash integration.” There could even be a form of “HandCash certification” for developers to become experts at using the system and spread the message.