And the small blockers won’t even tell him about it

Gary Vaynerchuk was recently on the What Bitcoin Did podcast, where his ideas about Bitcoin were almost completely side-stepped and shot down. The show’s host believes that Bitcoin is not capable of anything other than occasional, large, expensive, slow transactions, and he has often stated that the underlying blockchain technology isn’t particularly valuable for anything except BTC: a low-velocity value network.

Essentially, he believes that nearly all of the claims about the value of a global transaction network, data integrity, tokenization and permanence of valuable data is undesirable to businesses or people, and yet, his podcast is the most consumed show in the blockchain space.

The episode was an hour of rhetoric about all the things that bitcoin can’t do from the perspective of a British man who became a millionaire by accident because of technology that he struggles to understand because he admits that he is not good “with technical things.”

Who is Gary, and why does he care what Bitcoin did?

Gary Vaynerchuk is a globally recognized, unconventional entrepreneur famous for shrugging off the “official” routes to wealth. His obsession with grinding out the creation of value and sharing his streetwise business advice across social media led him to be a household name to a new class of maverick entrepreneurs: a generation plagued by the fallout of boomer economic policies and debt creation.

Today’s entrepreneurs, mirroring “Gary Vee,” have had to do more with less, while leveraging new technologies that increase efficiency because traditional purchasing power has ceded an incredible amount of value to tech-based, ethereal assets like human behavioral data and Bitcoin.

Vaynerchuk was invited to come speak and participate at the October CoinGeek conference: the only blockchain industry event that ignores the hype, acknowledges the rampant fraud, and actually works toward marrying big business, big data and the key differentiators of the emergent Bitcoin protocol. CoinGeek wanted to show him that Bitcoin SV (the most frictionless, flexible and scalable data-value network in the world) is being used by a passionate and diverse business community to ensure the integrity and ownership of data in this new paradigm. But, for its nonconformist ethics against the mainstream of the “crypto” economy, Bitcoin SV has been labeled as the pariah of the blockchain space. For Gary’s proximity to CoinGeek, he was attacked.

Remember all those people who said “stay in school, get a job and work your pension,” because that’s what the aristocrats of the factory economy wanted them to say? Well those same people took over Bitcoin in 2013-2015. Silicon Valley insiders strategically acquired nearly all of the developers, exchanges and media entities which control the BTC astroturf influencers, and they now tailor a narrative that maintains their hierarchy—built on the backs of retail investors.

When it was announced in September that Vaynerchuk would be courting the big blockers to potentially help liberate the world from controlled silos, the sock puppets came out to attack. They knew Gary would see the power of the Bitcoin protocol and understand its value; not as digital gold, but as the new digital oil for the data-driven economy of the future. And they needed to stop him from meeting the people who restored it and are now bringing it to the business world.

Rather than hearing about the unstoppable, elastically scalable “world computer” that Bitcoin was always intended to be, they swarmed on Gary to bash Bitcoin and make sure that only they have the right to define it to him. They had to make sure to tightly manage the scope of his vision and imbue him into their endless pumping of retail investors.

On the show, Gary mentioned his concerns about government regulations, the money printers in the face of sound money, and his ideas about tokenizing a “Gary Coin” that can be used in his micro-economy to retain and reward loyalty.

To Vaynerchuk’s point about loving the process of making money, and being part of the management of businesses that he believes in, it was intriguing to hear the show’s host shoot down everything except the cold, “do-nothing” investment thesis of BTC. While Gary wanted to love something about the technology, he was told to focus on the thing he cared about the least—the passive accumulation of fiat money.

Gary, the mob that swarmed you amid the CoinGeek announcement doesn’t want you to know about the Bitcoin Civil War that has been going on since the beginning. Nearly everyone that has ever looked at the original protocol believes that it won’t work, but they fought to control the name “Bitcoin” while gutting its useful set of features.

They claim to want BTC to be a global settlement layer and the reserve asset of the world, but with a maximum of seven transactions per second, it has been deprecated to be several orders of magnitude too slow for such a task, so they beg for big banks to invest in their vague ideas to improve the value of their investment position.

They want one of two things for Bitcoin:

1: BTC as an asset with global liquidity and dark market partners that can absorb retail fiat currency to settle transfers for various types of criminal cartels, while also playing to the Ponzi scheme ethos of attracting big investors for the profits of early investors.

2: If they can’t have the first thing, then they want bitcoin to fail.

Amid the war, social engineers redefined the rules of Bitcoin in the eyes of most of the unsophisticated parties, and they created a roadmap which put Silicon Valley controlled companies in charge of every level. Today, the BTC maintainers do little else but break the rules that made bitcoin an exciting technology in the first place while advocating that average people “just use Visa” for transactions.

This is absolute opposition to what Satoshi designed bitcoin to do from the very start. 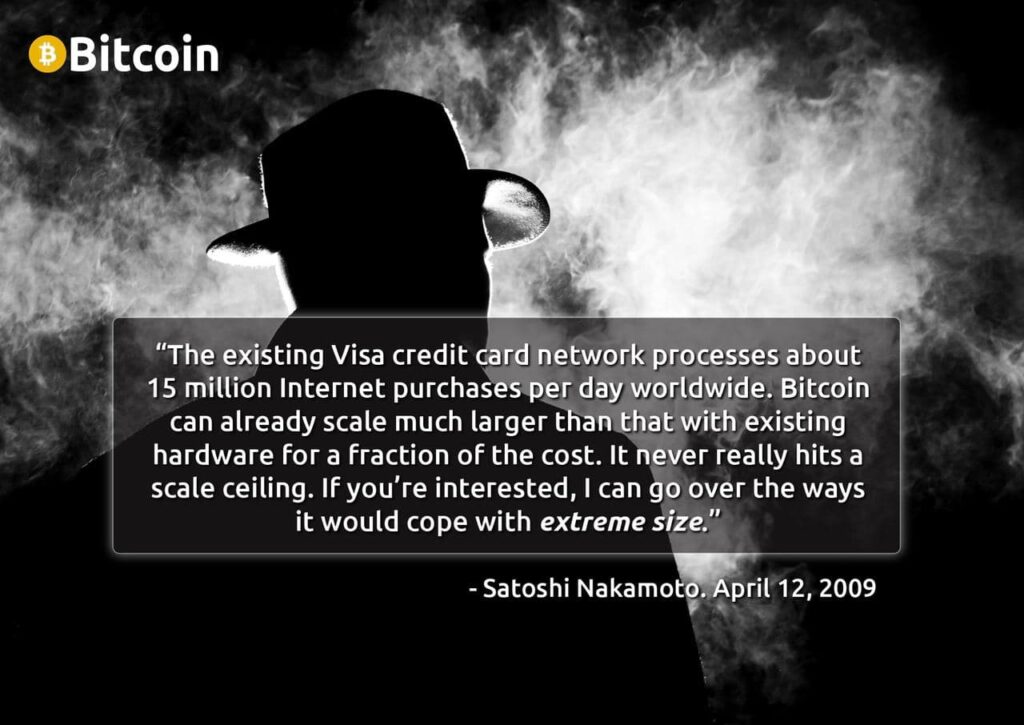 Because of the subterfuge, the real Bitcoiners split the network, and opened up all of the parameters of the original Bitcoin protocol without any limits to separate the BSV ledger. On it, they have restored the tools that the Silicon Valley types removed from BTC for the sake of business. BSV is frictionless with instant transactions and fees around 1/100th of a penny. It is also the easiest network on which to tokenize “Gary Coin” or any other token. The BSV virtual machine capabilities also allow an internet of transactions to create anything from on-chain games, to verifiably scarce trading cards, full-power social networking applications, or anything else. And it is being used more than BTC every single day!

Bitcoin was designed to be a commodity ledger where everything has a monetized incentive and connects to a globally available supercomputer network.

BTC advocates don’t want people to know that it was designed as a limitless data-business tool, but, like you, we believe in the grind of business despite the challenges from the intelligentsia. In Bitcoin, we call this “proof of work,” and we believe that it is the fundamental value that underpins all valuable economic activity. But for our passionate work and for telling the world about the resurrected complete bitcoin protocol, we are lambasted as “scammers” by our opponents.

They gaslight the Bitcoin protocol, and anyone who believes in it.

So, amid the rhetoric, we invite the world to do business. The contrast between the two Bitcoin worldviews could not be clearer:

In this piece, author ZeMing M. Gao talks about why he believes Bitcoin SV is the only blockchain based on Satoshi Nakamoto’s original design of Bitcoin, according to the white paper.