Domineum’s first-ever Blockchain Developers Summit was a huge success, attracting over a thousand attendees and shining a light on how blockchain can solve some of Nigeria and Africa’s challenges. The two-day event saw leading minds in the blockchain and tech space take to the stage, innovative startups pitch their ideas, and BSV taking the spotlight as the undisputed network that can scale to support applications serving the 1.2 billion Africans.

The event was held in Abuja, Nigeria’s capital, on July 21-22. It brought together some of Nigeria’s foremost tech leaders and regulators, as well as the founders of some of the Bitcoin ecosystem’s leading applications. It catered to the developers who were introduced to tools that make it easy to build on Bitcoin and the opportunities available to them, as well as the novice Bitcoin enthusiasts who got to learn about the vast potential that blockchain offers them.

Day 1 primarily centered on the local tech ecosystem and how blockchain is becoming integrated. Speakers who took to the stage spoke about blockchain’s role in the future of Nigeria and why the ordinary Nigerian should be excited about the direction the country is taking.

Kashifu Inuwa Abdullahi, the Director-General of the National Information Technology Development Agency, also took to the stage. In his presentation, he talked about how blockchain supports digital transformation and is a critical building block of a digital Nigeria. He later commissioned the Baze University AI/Blockchain Laboratory.

To foster the adoption of Blockchain in Nigeria, the DG,@NITDANigeria , @KashifuInuwa, delivered a keynote address at the Blockchain Developers Summit 2022 with the theme, "Stimulating Blockchain Adoption in Nigeria", organised by BSV-Blockchain held at Base University, Abuja. pic.twitter.com/MfyNbOhFcH

The first day also featured a pitch session in which three startups—TechBross, Green Life Energy, and Eduvacity—pitched to the attendees, explaining how their ideas could solve critical challenges facing the West African nation and beyond.

One of the panelists was Maximilian Korkmaz, the founder of my2cents, a BSV-powered social media platform. As he shared, Nigeria is my2cents’ biggest market, with its young tech-savvy population always quick to adopt the latest technology. Korkmaz is also the founder of BauApp, a BSV-powered construction mobile app. Lorien Gamaroff is no stranger to Nigeria, with Centbee having a wide user base in the country. Moreover, the company’s Minit Money cross-border funds transfer solution started catering to the Nigeria-South Africa payments corridor. As he broke it down on stage, the blockchain landscape is changing. For years, it has been “buy this token, it will go to the moon and you’ll buy a Lamborghini,” but that’s no longer the case.

He drew parallels between the rise of blockchain and that of the Internet in the ‘90s, and with the latter, stability was key to its success.

“The most important reason the TCP/IP Internet protocol we have today succeeded is because it was stable. Once the protocol was designed, it was set in stone. That gave businesses confidence that they could now come and build applications on top of that protocol,” Gamaroff stated.

Just like with the TCP/IP protocol, Bitcoin SV’s protocol is set in stone, and as Gamaroff observed, this gives it the same guiding principles that propelled the Internet to be the critical infrastructure upon which almost everything is built today.

Soundoshi’s Michal Scislowski was on the stage as well. He delved into how his platform, which is a graduate of the Satoshi Block Dojo, is changing the music industry through audio NFTs.

As he revealed, not only is his platform out to empower the content creators, it’s allowing the rest of the users to make money. If a user shares links to content on the platform and it ends up bringing in new users, they get a cut of the revenue. Soundoshi is also integrating Instagram, TikTok, Facebook, and other top social networking platforms, making the process of sharing with friends and family easier. 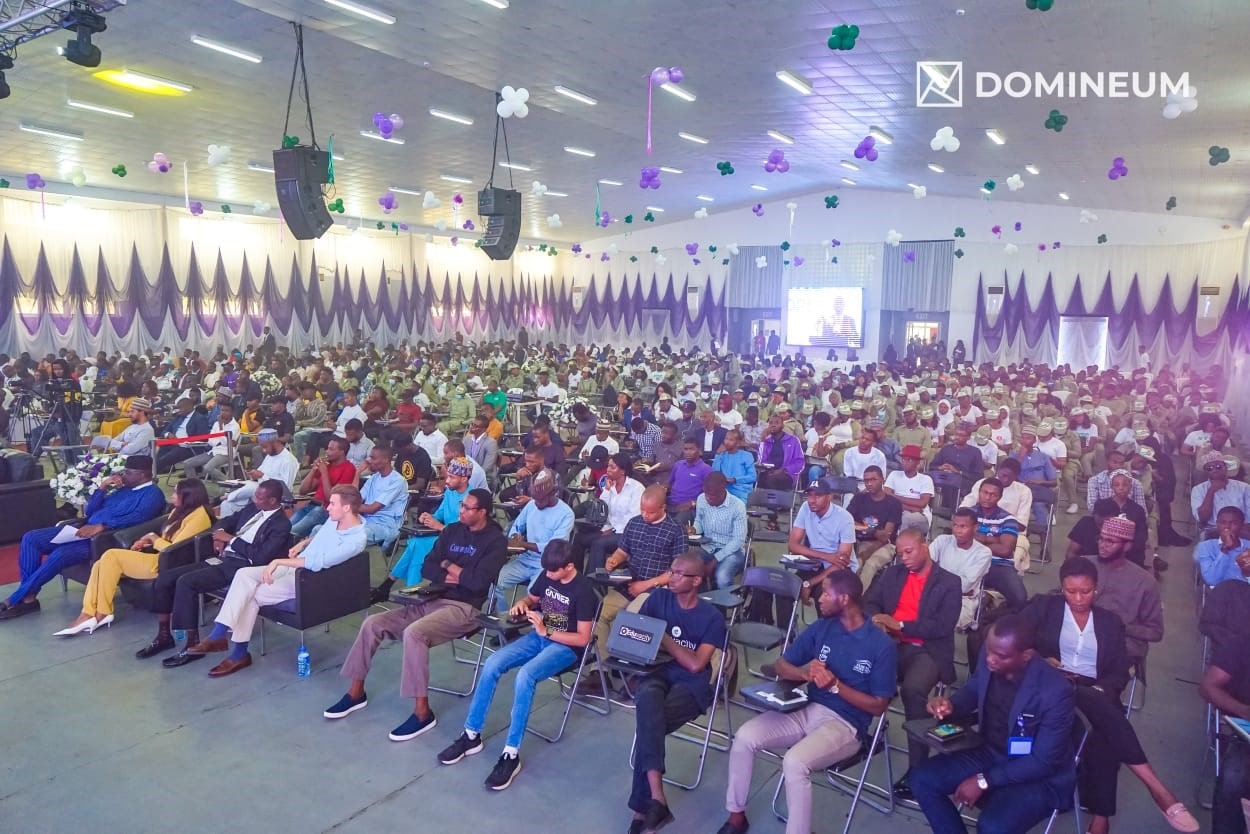 Day 2 also saw three more startups making their pitches. By the end of it, TechBross emerged as the winner, attracting the interest of Satoshi Block Dojo, the Bitcoin industry’s leading startup incubator.