We show how to develop a crowdfunding platform on Bitcoin. Similar to Kickstarter, funding is all or nothing. That is, if the fundraising target is not reached, the funds are guaranteed to be returned.

Compared to Kickstarter, our approach is automatically enforced by Bitcoin, does not entrust funds to a trusted third party, and enjoys low fees.

We first introduce a traditional way to achieve this and present an improved version afterwards. 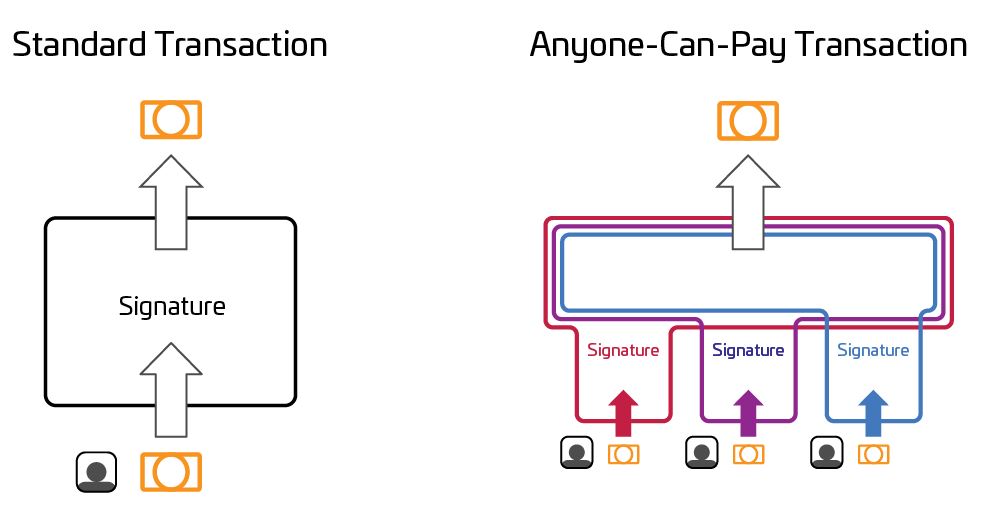 ANYONECANPAY inputs can be combined

Note that before the target is reached, the sum of input values is less than the output value, the transaction is invalid and the recipient cannot claim the funds.

The above crowdfunding has several drawbacks:

To improve, each contributor locks her fund into the following contract and broadcasts a transaction containing it. This commits her fund, which cannot be withdrawn before a deadline. 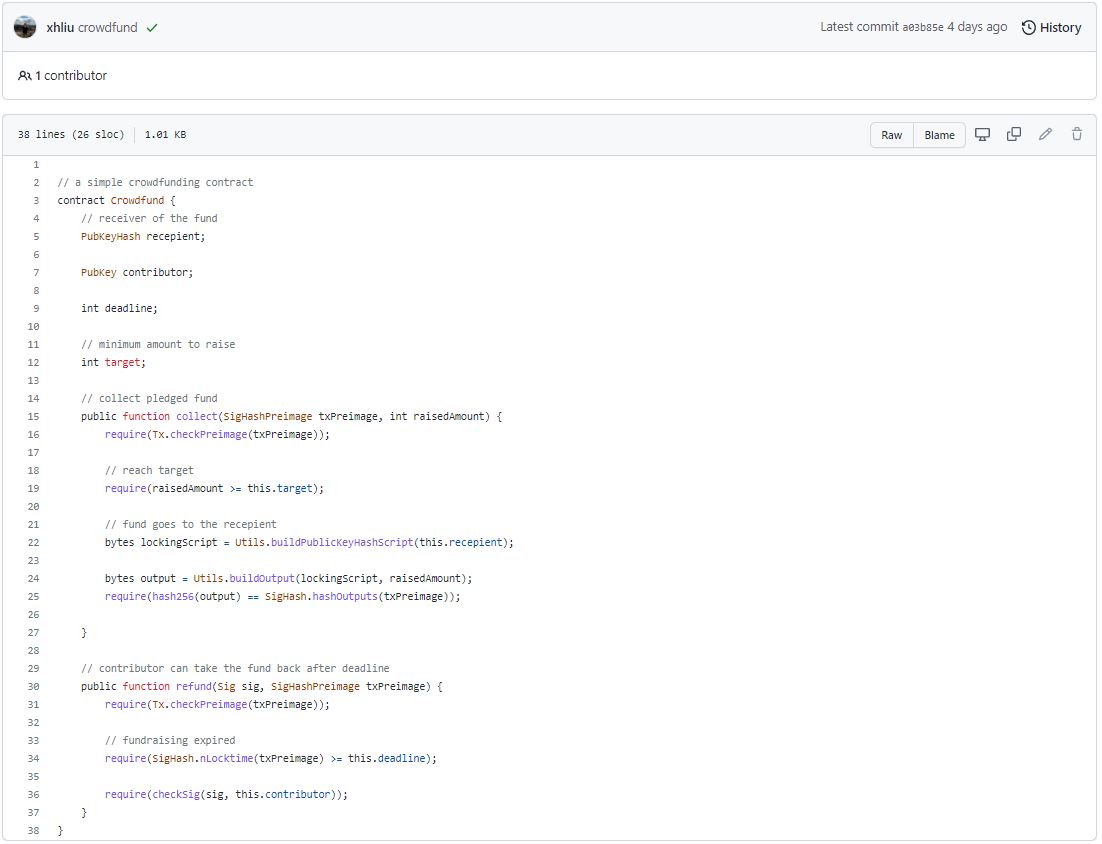