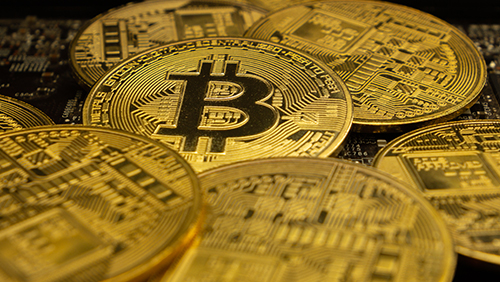 Home » Business » Craig Wright: Bitcoin is no good for illicit activity, and here’s why

“Bitcoin is incredibly simple to freeze,” says Dr. Craig Wright, meaning it “will never be a good system for illicit markets.” In a recent blog post, he dispelled the myth that Bitcoin is either “censorship-resistant” or beyond authorities’ reach, and cleared up some misconceptions about what owning and holding a Bitcoin means in the real world.

Dr. Wright’s article is an ominous warning to anyone who has used Bitcoin to engage in criminal activity, past or present. It’s also a caution to those using networks that claim to be Bitcoin or are derived from its code: you can’t operate beyond reach.

At the heart of Dr. Wright’s argument is the role of transaction processors (formerly known as “miners”) and processing pools. All nodes, he wrote, are processors.

“Nodes enforce rules. A court order is a rule. Honest nodes reject blocks that don’t enforce the rules,” he said.

Illicit activity, such as stolen Bitcoins or those involved somehow in a crime, could be subject to a freezing order issued by a court (or other legal authority) and enforced by transaction processing nodes. This freezing order could also go to other entities in the Bitcoin ecosystem, such as exchanges, wallets, data services—who would act to protect their own assets.

Any node that continued to process blocks “frozen” or rejected by the majority of the Bitcoin network as the result of a legal order would thus be acting illegally. This extends even to a rogue network that decided to replicate Bitcoin and fork from the network—Wright said that no regulated exchange could continue trading that blockchain’s assets.

Wright’s comments will correct both anarchist proponents and mainstream media/finance critics who’ve for years trumpeted the line that Bitcoin works outside the law. It does not and was never designed to, he said.

Bitcoin was never about an anarchist peer system. Bitcoin uses a peer network for nodes to gain resilience and increase security.

In the very early years of Bitcoin, transaction processing could be done in a single desktop computer. However as the network and its user base grew, so did the computing power required to process transaction blocks. Hobbyists competed for block subsidies first with home-built GPU card arrays, then with ASIC-based machines purpose-designed for Bitcoin’s hashing algorithm. The practice ultimately evolved into professional, factory-sized data centers dedicated solely to processing Bitcoin blocks—something Wright said was always inevitable.

This increase in both physical scale and professionalism make it harder for processing nodes to act dishonestly. In the early stages it was theoretically possible for a small percentage of Bitcoin nodes to act dishonestly—in this context, this would mean confirming blocks the rest of the network might wish to hold/freeze if they were subject to a legal order. A criminal wishing to avoid the order would only need power over a portion of the network. However, Dr. Wright said, things have changed since then.

Any large node is easily detectable. As such, even miners associated with 5% of the hash power will never become anonymous. They have far too large of a footprint. Such is how Bitcoin was designed.

Large, professional transaction processing operations cannot fly under the radar due to their size. They are also now able, thanks to Miner ID, to reveal and verify their identity when confirming blocks. These conditions, along with the money and work they’ve invested in building their operations, disincentivizes non-compliance or engagement in illicit activity.

Bitcoin’s protocol rules that new coins (i.e. those “discovered” by transaction processors) cannot be spent until a further 100 blocks have been processed. This allows ample time for a block to the “orphaned,” or discarded by the network.

Wright: Cypherpunks and anarchists, Bitcoin is not for you

As usual, Dr. Wright didn’t hold back when describing those he said have attempted to twist Bitcoin’s raison d’etre to suit their own purposes. He referred to these people as “some complete and utter scumbags,” saying they’d altered the rules to make Bitcoin more suitable for illicit “dark markets” and also hide traces of associated illegal activity.

He took specific aim at old-time Bitcoin insider “Theymos” (aka Michael Marquardt) for his “childish ignorance” and accused cypherpunk James Donald of wanting a Bitcoin to assist him in engaging in illegal activities.

Dr. Wright also debunked the oft-repeated mantra of “your keys, your Bitcoin”, saying:

“The property you own is not the keys or the addresses, it is simply the chattel property rights associated with each individual token. Each token is held in a set contained in an unspent transaction output (UTXO). Each UTXO is the equivalent of an envelope holding a defined number of tokens. Possession is not ownership. More importantly, although the keys are used to assign tokens from each UTXO-based envelope to another, the keys are not the bitcoin itself.”

To those who would claim a legal rule-following Bitcoin offers no advantage over the world’s existing financial systems, Wright said Bitcoin offers rules that are “set in stone” and importantly, provide for easy micropayments. Existing systems have to date been unable to offer an economically viable micropayment network. Additionally, the rules governing monetary policy in several countries are altered with increasing abandon—risking their value and the livelihoods of those using them.