On Day 3 of the CoinGeek Conference in Zurich, Bitcoin Association Founding President Jimmy Nguyen was back in the hot seat, chairing a panel discussion on “Bitcoin and Digital Assets – Where Should Real Value Come From?”

He was joined by economist Professor Nouriel Roubini, finance and risk author Nassim Nicholas Taleb, financial cryptographer Ian Grigg and Bitcoin creator Dr. Craig Wright in discussing the essence of value in Bitcoin. Notably, throughout the keynote discussion, all parties agreed that the value doesn’t come from speculative investment, but rather from the essence of Bitcoin as a protocol for facilitating payments, recording data, and as a ledger of account. 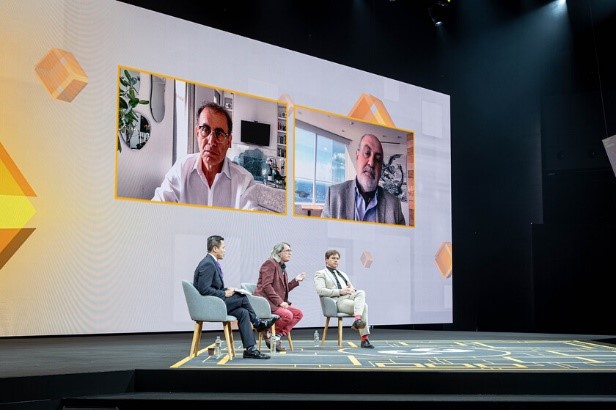 The panel discussion was highly anticipated by individuals across the blockchain and digital currency ecosystem, featuring speakers renowned as free-thinkers with strong opinions and large personalities. While there was no question that the panelists would have their own views, and perhaps sometimes disagree about exactly where the real value in Bitcoin should come from, they all shared broadly the same overarching perspective of Bitcoin—namely that is should not be seen as a purely speculative instrument, and that the true value proposition comes from Bitcoin as a protocol for facilitating settlements on a peer to peer basis, both of currency and data.

Financial cryptographer Ian Grigg, notable as the founder of triple entry bookkeeping, said he had made his peace with what was going on in the wider Bitcoin community. While he noted that distinctions between different camps remain, it was clear there was a palpable demand for an independent unit of currency, or an independent asset—something independent of the direct control of governments or markets.

Yet he noted that in the original whitepaper, Bitcoin was always envisaged as a P2P system of settlement—not necessarily a direct replacement for governments or cash, but a means of settling accounts. He said that a lot of people, especially those in the BTC community, are looking for something that isn’t there. Bitcoin was never envisaged as a store of value or as a unit of account. While these differences are increasingly exposed, he said it was ultimately clear people were looking to the blockchain for these solutions. 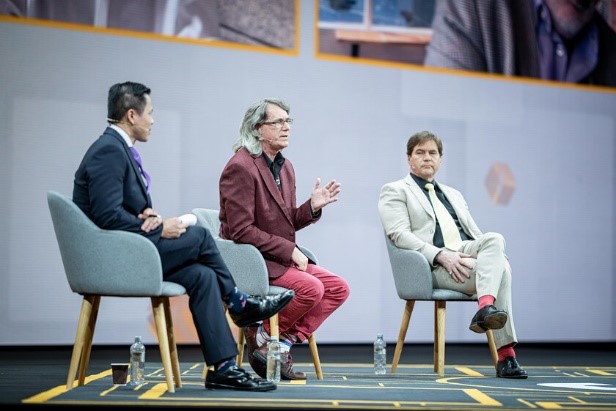 Dr. Craig Wright, the founder of Bitcoin and the author of the original whitepaper, echoed the comments. Currency is current money, he said, and is very well defined as the legal unit of tender a judge and lawyer would recognize. If it can be contracted in, it is currency. But Bitcoin was never created for that purpose—rather, it was envisaged as digital cash for small micropayments, and for running other systems. He said the real value of Bitcoin comes from the computation, the storage of data, the record of exchange, the immutable log—all of the elements of Bitcoin that give it utility. For Dr. Wright, BTC is simply nothing like Bitcoin as he created it. There is only one Bitcoin, it hasn’t changed and its rules are fixed. Bitcoin is not for speculation—it’s for cash, data recording, and serving as a record and ledger of transactions.

Professor Nouriel Roubini picked up on the theme, noting that data is the new oil. Yet as things currently stand, big tech and fintech are almost exclusively nothing to do with Bitcoin or blockchain. The vast majority of these businesses are centralized and use big data and AI to monetize their customer’s data. For Roubini, he feels customers should own their own data, rather than contributing a valuable asset unwittingly for free to these large companies. Customers should share in the monetization of their data. But according to Roubini, there’s no need for a token to achieve this—only a service that stores data, and determines who owns it, who pays for it, and how it should be managed. Roubini said that while a single token may emerge in the future, there is no need for a universal token to achieve the aims of Bitcoin.

Author and risk expert Nassim Nicholas Taleb was more direct in his attack on those in the BTC community, noting that Bitcoin was never meant to be an investment, a store of value, or a religious cult. He encouraged BTC advocates to actually read Dr. Wright’s Bitcoin whitepaper, and to understand what Bitcoin is actually supposed to be about. 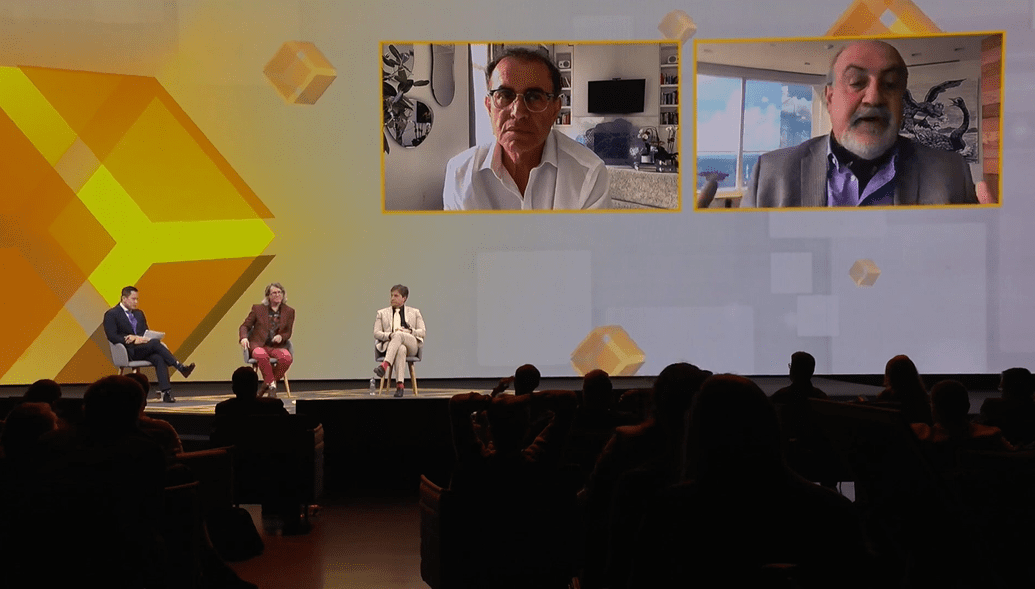 Taleb said there was a need for a system of payment that doesn’t create excessive transaction costs. This is what Bitcoin was meant to be—never a currency with a speculative storage of value, or something to be worshipped simply for existing. Rather, Bitcoin is supposed to be a means of settlement and a ledger of account. While he agreed a universal token may emerge in the future, he said it was by no means required to deliver the value inherent in Bitcoin as a technology.

The keynote panel discussion ran to around an hour, with each of the panelists sharing their own individual takes on Bitcoin, the digital asset ecosystem, and where the real value will lie, both now and in the future. While the panelists were by no means of exactly the same viewpoint, they shared the same broad consensus view that BTC was not Bitcoin, as originally envisaged, and fell short on the key elements that make Bitcoin Bitcoin.

Dr. Wright, the original founder of Bitcoin, summed it up best by noting that BTC simply isn’t Bitcoin—and only Bitcoin SV reflects the Satoshi vision for Bitcoin, as it is meant to be.