“I’d like to talk about trust. Trust matters, it is the fundamental glue that holds our society together,” said Dr. Robert Huber of JuvaTech. He and Veridat director Phillip Runyan described at CoinGeek Live how faulty processes and corruption over the years have destroyed trust in the pharmaceutical industry—and how using the Bitcoin blockchain to record data on drug testing could help rebuild it.

The pair’s presentation was titled “Clean Data: Clinical Research Integrity and Data Hygiene Using Bitcoin SV.” Dr. Huber introduced the topic by looking at all the areas where trust matters most in the healthcare industry and society in general.

“Humans are inherently social… keeping us healthy requires a lot of trust.” Patients must trust that doctors are actually trying to make them better; doctors must trust that patients are being honest with them. Further up the chain, the doctor must trust that the drugs they prescribe are efficacious and have been thoroughly tested, and (in the U.S.) the Food and Drug Administration (FDA) must trust that testing and research data supplied by pharmaceutical companies is accurate and untarnished.

It’s that last part of the chain where trust has broken down over recent decades. As Dr. Huber pointed out, the FDA has neither the political mandate nor the funding to independently verify the claims of individual products presented to it. 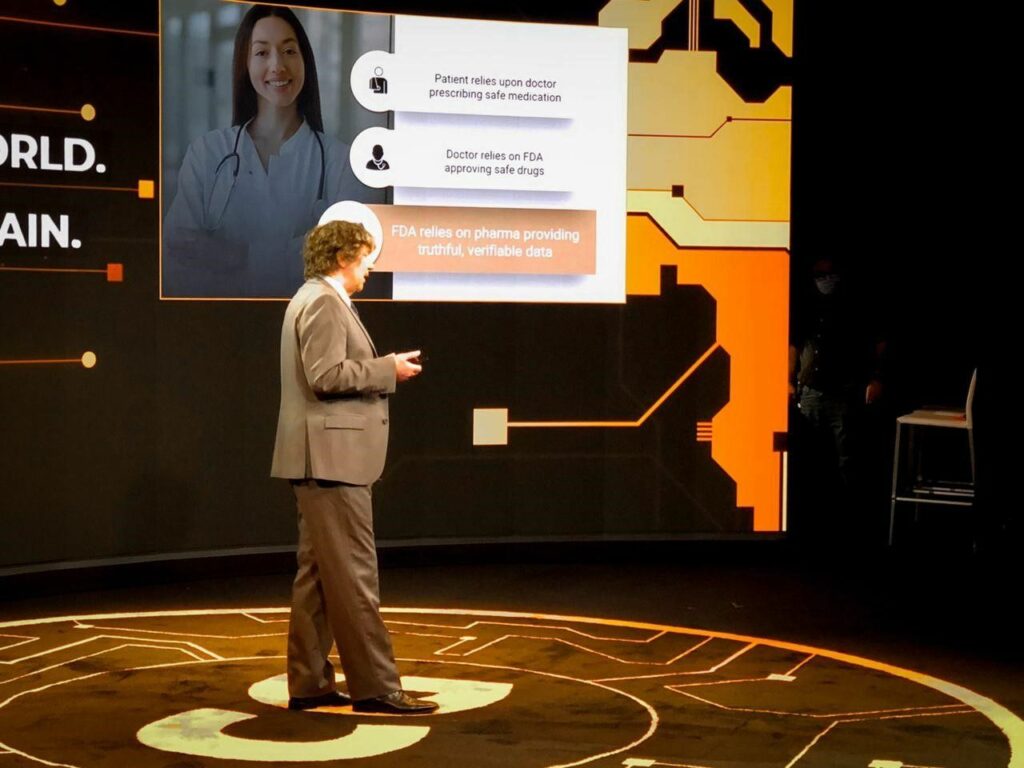 This is a serious vulnerability and has led to a situation the FDA has been unable to control—leading to serious negative health effects on U.S. patients.

The problem concerns prescription of “generic” drugs produced overseas. On the label, they claim to be chemically equivalent to the branded versions originally produced in the U.S. (or other “trusted” countries). However 80% of the active ingredients used in drug production (even in branded drugs come from China and India. In these countries the FDA has no authority, and there are no checks that satisfactorily ensure the drugs actually include the ingredients their producers claim.

97% of all antibiotics in the United States are manufactured in China. 90% of all drugs sold in the U.S. are generics. 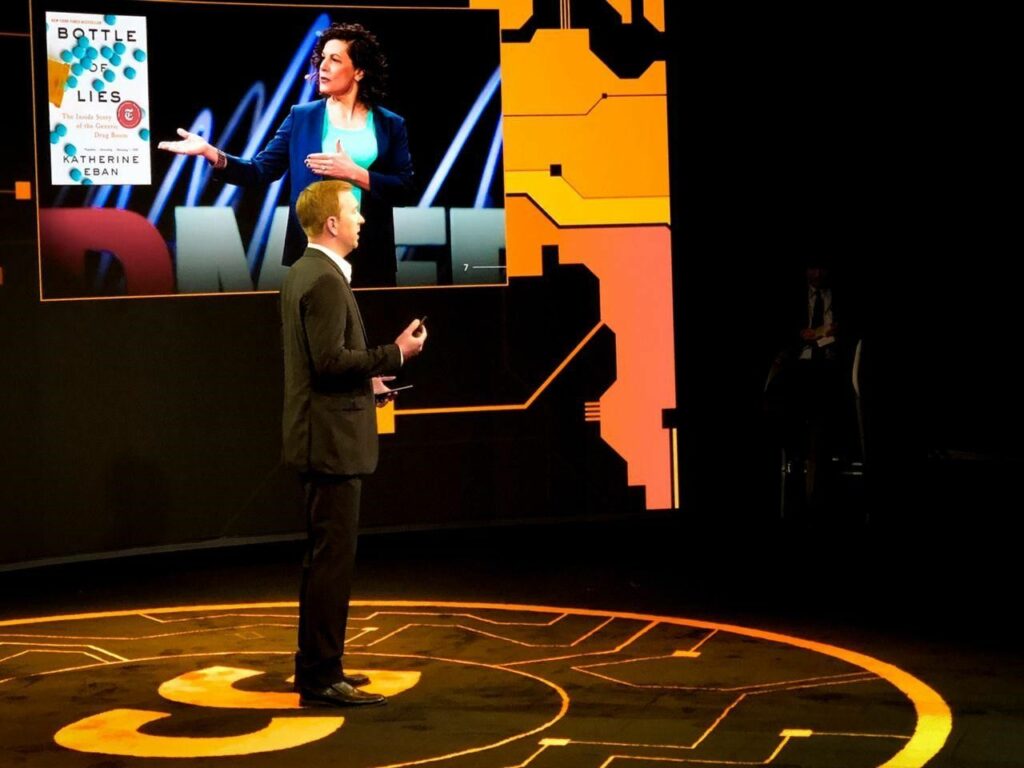 Runyan added that Ranbaxy was just the tip of the iceberg—the situation has been going on for years and involved a number of different companies. In many cases the foreign companies collaborated with corrupt local health authorities in their own jurisdictions.

There were, Runyan said, direct links between serious illnesses in the U.S. and drugs produced in this region. In one case—heparin, a blood-thinning drug, was associated with at least 81 deaths in the U.S. due to contaminated raw ingredients imported from China.

“The best way to fix this problem is rigorous oversight,” he said. Veridat’s flagship product is called “Bench.” It’s a cloud-based service for data authenticity and research integrity in the pharmaceutical industry. It logs and records key events within a researched-centered workflow. Users define the data points in their workflow, Bench flags these and notes the transaction and block IDs so that if the data has been compromised in any way, users can see exactly where and by extension, by whom.

Runyan described the current system as an “honor system” that doesn’t work. Bench “was built to burn down this honor system.”

One case study: JuvaTech’s early-stage testing could save money and keep data integrity

Dr. Huber returned to the stage to detail how his company, JuvaTech, is integrating Bench into its own workflow. JuvaTech slots into an early stage of the drug approval process and Huber showed a chart showing how its relatively low cost could save companies hundreds of millions of dollars.

Most drugs tested never actually reach the market, he said. One problem is that behavioral testing on whole organisms (i.e. testing a drug on a living creature rather than cell cultures) was expensive and generated massive amounts of data, as well as requiring input from “whole armies” of human observers along the way. This doesn’t even happen until the later development stages, by which point nine-figure sums have already been spent.

Even JuvaTech’s whole-organism testing methods (it uses Fruit Flies, which are startlingly genetically similar to humans) generates “massive amounts of metadata.” The process takes this behavioral testing data, combined with automated phenotyping, and uses Veridat to timestamp its records files with a hash. Veridat files the hash on the BSV blockchain and stores the actual metadata on its own cloud servers. The results of both are included in a physical Verified (and bound) Audit Reporting eLab Notebook.

Runyan and Huber said using such a process could restore trust in the pharmaceutical industry. It would require the participation of all companies involved in the process, including those overseas, which would likely be the most challenging part. However a healthcare system cannot function without the full trust of its users, and that trust has been broken down over many years. Anything that promises a better (and verifiable) way to restore this trust—without costing anyone extra money or resources—could gain a lot of attention.