Disclaimer: This article is an opinion piece by the author who is expressing personal opinions. In no way does this article reflect the official position of BSV Claims LTD whose only goal is to get redress for the approximately 240,000 U.K. retail investors in BSV.

I’m not a litigious person. Never have been. In fact, I have a reputation for grace, mercy and patience in most of the circles of my life. I am also extremely competitive and ideological with a firm belief that a victory won through subterfuge is no victory at all. In my life, this has been relevant to everything from the debate team to the wrestling mats; academic rhetoric and sales positions to urban defense instruction and Brazilian Jiu-Jitsu competition. My reputation is that of a man who seeks peace, prepares for war and fights until submission.

When the war is over, I’m the first to extend the olive branch too. 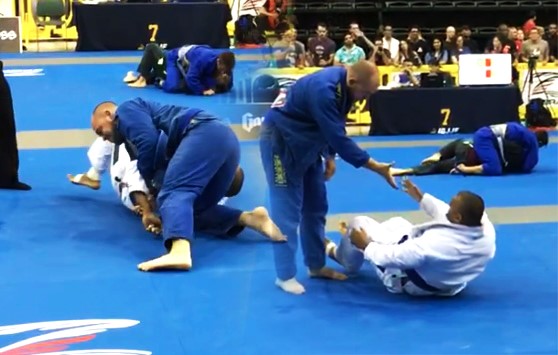 Dominated the match, helped him up after. We’ve been friends ever since.

So, what does any of this have to do with Bitcoin?

Well, while I don’t really like lawsuits generally or strategically, I have supported Craig Wright’s right to pursue damages how he sees fit. It’s his life, after all! He’s a free man, and my opinions of his actions are mostly irrelevant to the thing I actually care about: Bitcoin. I also believe firmly that his actions should only rightfully be considered tangential to BSV and the broader goals of the BSV ecosystem because he’s just another participant in the economy just like anyone else.

If Vitalik Buterin can sympathize with child pornographers from the BCH community without impacting Ethereum, Craig should be able to defend his reputation in court without an impact on BSV, right? 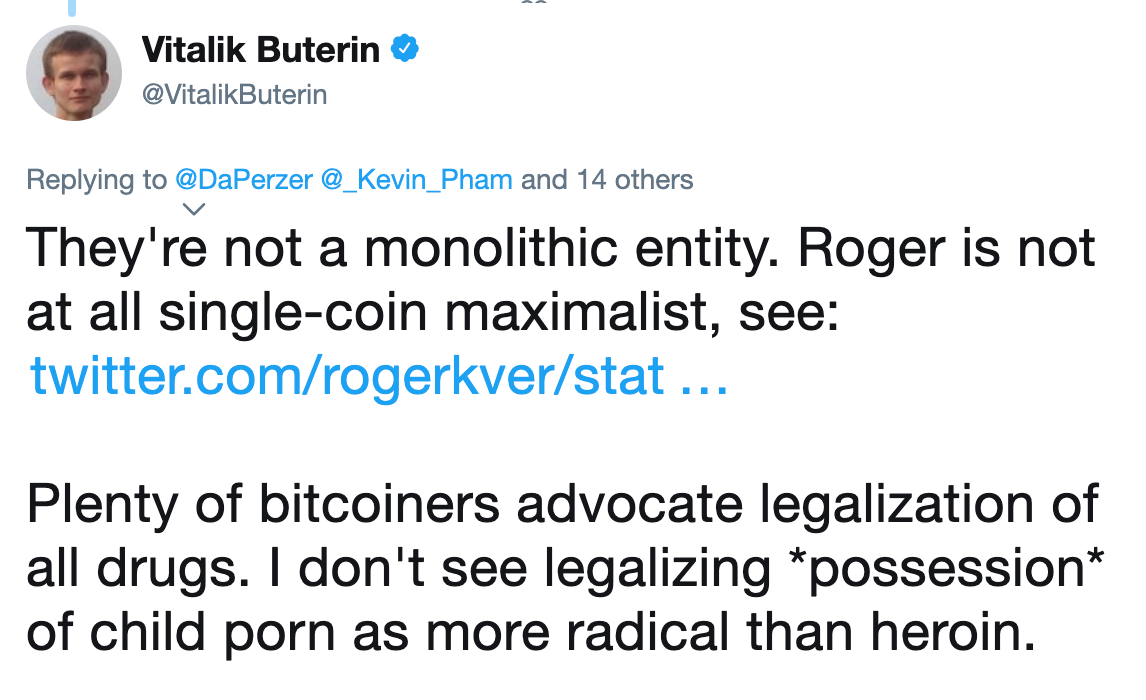 Wait! Maybe not! “The line” in the ‘crypto’ economy is nowhere to be found in such a situation. It appears to only encircle people that can pump bags or their communities.

Craig Wright is not Satoshi.

Anymore of this sh!t, we delist! https://t.co/hrnt3fDACq

Back to the main point

It’s crucial to understand that the majority of the Wright-related litigation was initiated by other people and turned into Craig’s problem against his will. Truly, the rest of it has been a product of the cascading effects of the litigation perpetuating itself by space cats who think they’re invincible and Bedford Boys who really needed that British pound.

At this point, there is almost certainly no way to put an end to all of the nonsense without seeing it all the way through, and that is frankly a little disheartening.

But you know what else has been disheartening?

It took me a long time, but I have finally realized how naive I was to assume that all “bitcoiners” wanted bitcoin to be an electronic cash system that would give freedom to the whole world. It has always been so obvious to me, and it seemed clear that the biggest risk to that end was the big payment companies and banks funding start-ups designed to pacify the advocates and centralize all the rails.

Turns out, a paycheck was all the hungry bitcoiners ever needed to compromise their morals, and that breaks my heart.

For as long as I can remember, predatory financial and social engineers have engaged in a proxy war for the heart and soul of Bitcoin by controlling the puppet strings and cash flows behind closed doors to reward the willing and punish the loyalists (like myself) in the Bitcoin Civil War. They have successfully monopolized the marketplace, exchanges, development teams, media, influencers and places of discussion to systematically brainwash people into gambling their money on coins and tokens while ruthlessly blacklisting BSV across their controlled channels. And they use their assumed power to poke fun at the only honest asset in the space.

JUST IN: @Gemini never listed $BSV in the first place.

That’s why, after a lot of thought, I have decided to accept an advisory role in the ground-breaking CPO (U.K. Class Action) suit for the benefit of all the regular people who have been harmed for no reason other than that the predatory crypto industry has decided to collectively and collusively cause harm to BSV, and by extension: it’s holders like me and you.

This is NOT a Craig thing. This is a group of independent watchdogs who understand the power of Bitcoin to disrupt global payments, finance and data sovereignty; men who see a clear industry monopoly and a pattern of anti-competitive behavior from a market led almost entirely by crooks, liars and frauds. They believe that not only is the market led by frauds who control “the house,” but also believe that practically zero consumer protections for trading and gambling are abided by, and they want to put an end to it so fair and honest competition can flourish.

The goal of this suit will be to finally right a laundry list of wrongs and punish the black market deal-making, market-making and selective oppression of the only blockchain asset that is designed for economic disruption over and above the absorption of retail liquidity: BSV.

With that in mind, it is my hope to expose the malfeasance of exchanges like Coinbase (NASDAQ: COIN), Binance and Kraken, show the real world that “crypto” is a scam, and that bitcoin fully realized (BSV) has been worth fighting for at any cost because of what it can do for the world.

Remember, the goal of a fight is victory. The goal of a war is peace. We can’t keep bickering about what bitcoin is for and fighting against people who are willing to cheat forever in order to keep their scams liquid. We need Bitcoin to be deployed into the real economy so people can take control of their finances, manage their digital property and take back their digital identities.

I’m looking forward to reaping wealth and freedom from the fields of peace upon the lands which our forebears fought during this ridiculous Bitcoin Civil War.