Home » Events » Bitcoin SV DevCon 2020: How some picture a node is all wrong

One of the more interesting talks at the recent Bitcoin SV DevCon 2020 sought to set the record straight to properly understand and define a Bitcoin Node.

For those that are new to Bitcoin, many online resources paint the picture that is merely running the Bitcoin node software on a device that makes it a node. They are left with the impression that by purchasing a cheap Raspberry Pi, they have joined this exclusive “mining” club and will soon reap the benefits from the block reward subsidiary.

Owen Vaughan, Director of Research at nChain, cleared up these misconceptions on Bitcoin nodes as he explained the network topology as defined in section 5 of the Bitcoin whitepaper. 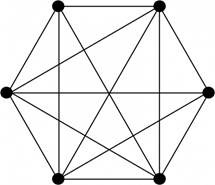 A node can produce valid blocks, distribute them to their peers (other nodes), and validate blocks they receive. Each node works on finding a solution to a difficult proof-of-work algorithm to produce a valid block; then, it broadcasts the block to the other nodes. It is a single representative entity of a linked community of block producing machines.

There is no automatic guarantee that other nodes will accept the block produced, which is why there is a delay before the block subsidy reward matures and can be spent. A small number of nodes produce the majority of blocks on the Bitcoin network.

Based on the guidelines defined in the whitepaper, how many view network nodes is inaccurate. This mischaracterization is due to the corruption of the terminology over the years. Merely running the node software does not make a machine a Bitcoin node. If it’s not responsible for upholding the consensus mechanism of the network based on block publication and proof-of-work, it’s not a node.

Nodes are incentivized to maintain close connectivity to one another. Nodes need to propagate transactions to reduce the risk of their block not being built upon and to build on top the most updated block. They also need to collect transaction fees.

Nodes may drop off the Bitcoin network, and new nodes may join at any time. There is no hierarchy, making the network a purely peer-to-peer system. Conceptually, a node more resembles a beehive or ant mound than the worker toiling away in a mine searching for gold.