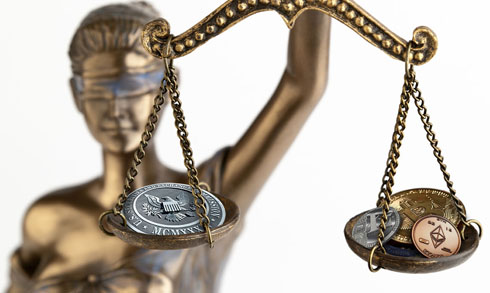 Home » Beginning of the End: Altcoin Meets the SEC

The sale of altcoins in the US is subject to US securities regulation, according to findings from the Securities and Exchange Commission.

The body tasked with regulating securities in the United States, including startups raising capital from the markets, declared their oversight this week following an investigation into issues around The DAO offering.

Now, some analysts are interpreting this as the beginning of the end for altcoin, which some have suggested could lead to a new era of blockchain tokens.

The DAO was an ethereum-driven project which lost some $60 million worth of ether at the hands of a code exploit. The DAO tokens issued by the project were found by the SEC to be securities, which brings them within the remit of current laws.

Ethereum has become popular as an alternative to bitcoin, and particularly amongst companies looking for a regulation-light way of raising funds. Dubbed by some as a form of crowdfunding, the model has seen several popular ICOs, or initial coin offerings, go on to raise hundreds of millions of dollars.

The SEC’s position would allow them to press charges against individuals and organizations involved in these ICOs where they haven’t adhered to the laws governing these processes.

However, the SEC has said it is not interested in prosecuting, but in changing the behavior of participants in this space ahead of future attempts to issue blockchain tokens for capital.

It is thought that this decision could have an adverse impact on ethereum, and indeed other altcoins, pushing more participants towards bitcoin. But with the scaling deadline fast approaching, it is now more urgent than ever that common sense prevails.

Bitcoin Unlimited is one of the favored approaches recommended by those who take this view, allowing for a quick, secure and final scaling of the bitcoin network to handle the future transaction load.

Whether Bitcoin Unlimited will win out as the favored scaling solution amongst its rivals remains to be seen, in spite of the strong support for this model.