The BCH journey to become a peer-to-peer cash system experienced another setback this week as the network failed to produce a single block over an abnormally long period. The five-hour gap in block production started after block 622205. By 8:00 UTC on January 30, the BCH network returned to regular block production when block number 620026 was finally able to be discovered and propagated by ViaBTC. The block was 2.33MB in size and contained 6,950 transactions.

BCH has an emergency difficulty adjustment that some have long speculated can be manipulated by large miners. The system was put in place in an effort to keep the block production at 10 minutes, regardless of the hash rate.

After a block is discovered, the BCH protocol measures how long it took on average to mine the most recent series of blocks. If the protocols determine it is taking too long the emergency difficulty adjustment kicks in and drops the mining difficultly. The difficulty keeps dropping until the newest series of blocks is back within an acceptable range.

The theory goes that large miners can go offline. A significant drop in hash rate on the BCH network will naturally affect its block discovery times. When the emergency difficulty adjustment kicks in and lowers the mining difficult rate, the miners come back online with their more massive hash power. Once online, they have a brief window where they are able to find blocks far more frequently, earning them a greater share of the block reward for cheap hash rates.

This type of manipulation is difficult to prove, which is why many in the BCH community still consider it an urban legend or myth. At the moment, we are unable to determine why the mining anomaly occurred. Slower than usual block discovery occasionally happens on the SHA-256 blockchain projects. Hypothetically if manipulation did occur, the chart would look very similar to what did happen once the BCH network overcame its slowdown and regular activity resumed. 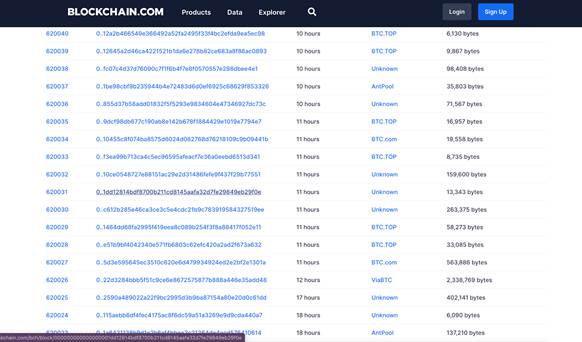 One thing that does stand out in the chart above, the same groups pushing for the BCH Miner Tax would be the same ones gaming the system to their advantage by exploiting the difficulty adjustment algorithm for their own selfish benefits if manipulation was occurring as has been rumored without being confirmed. The miner tax being proposed is the wrong way to address BCH’s technical limitations. There are additional rumors going around that Jihan and Jiang will still go ahead with the BCH Miner Tax regardless of what Roger Ver’s Bitcoin.com does eventually.