Home » A decentralized, permissionless firearm is every crypto enthusiast’s cause

This week, voting inhabitants and domestic politicians in the United States awoke to a shocking realization. Firearms can be legally built by hobbyists, and without sanction, in privacy. In what became the latest outrage, headlines screamed. Requisite survivors of mass killings were trotted out by news organizations, cued by syrupy piano music. Something should be done!

And it’s true, every few years American progressives must be given painful civics education, one the government they so love denies them K through 12. Shy of two years ago, the American progressive was schooled through fits and tears how nothing even close to one-person, one-vote exists when choosing a federal Executive. Three million more popular votes for Bill Clinton’s wife later, and exasperation set in. Something should be done!

This summer, heading into early fall, and the modern progressive mind is being confronted with perhaps its most dissonant challenge yet. Twenty percent of those pesky first ten Amendments to the U.S. Constitution, its Bill of Rights, buttressing individuals against state encroachment, are presently being employed to further access to lethal weaponry. The First Amendment is enlisted to protect a person’s uploading digital firearm-building files so other persons are able to download that information. The Second Amendment, then, is what appears to be furthered in such an instance, and, well, this places many self-congratulatory, permissive progressives in quite a pickle.

It’all eerily similar investigative calls to pursue those who would dare rely on mediums of exchange outside officialdom. Why do you need money other than government paper? What exactly are you up to? Something should be done! 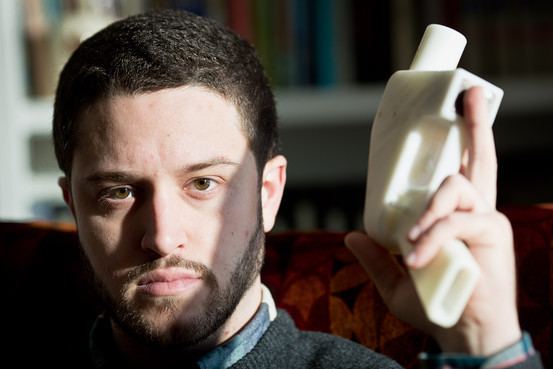 In a Texas college town resides a man I believe the cryptosphere would do well to venerate, Cody Rutledge Wilson. He is order of magnitudes more important than Satoshi Nakamoto if for no other reason he’s Nassim Nicholas Taleb’s Skin in the Game made flesh. This ain’t a salon, no fucking parlor trick. This is real life, everything staked.

Mr. Wilson dropped out of law school nearly half a decade ago to propose a most radical implication upon the normal world, one it clearly wasn’t anticipating. He and a friend admired Julian Assange and WikiLeaks’ work from afar, musing if there were indeed yet another variation on the Wiki theme, decentralizing knowledge, hopping over gatekeepers.

The nascent Maker movement was gathering steam independent of Mr. Wilson, hocking milling machines termed 3D printers. Precious by a lot, Makers found CAD files to assemble dolls and action figures, mugging for vanity YouTube channels. Cody Wilson thought Makers were on to something much deeper. With effort, it might be possible to assemble requisite plastic molds, parts, to a lower receiver—the action that makes a gun a gun.

It was. He did. And the world has never been the same.

Hackers as uncertificated scientists
Cypherpunks are tinkerers by nature. Lost in aspects of financial speculation Bitcoin has become is the engineering genius it took to develop a cryptographic currency. All crypto-anarchists are cypherpunks, but not all cypherpunks are crypto-anarchists. Out of that innate curiosity, of the foundational axiom, is information deserves to be free; it is the basis of inquiry. The anarchic component is baked-in to that exploration whether or not explorers hold anarchy as a worldview.

Inquiry is the stuff of innovation, of thought, of the good life.

These attempts to an outside observer very often were looked upon as nefarious acts. Prosecutions litter that time period. Trespassing. Violating national security. Name it, and hackers were charged with it in one form or another. Just as often, when asked for a motivation, the prototypical nerd shrugged. For the fuck of it, came the answer. Shits. Giggles. To see what’s what, the go of things.

Mr. Wilson was visited by the BIs and IAs and Department of State, as his notoriety grew, but was never detained nor arrested. Though labeled one of the most dangerous men in the world, a few times running, he’s managed to tie legal authorities in knots, leading to a final agreement allowing him, seemingly once and for all, to post downloadable files on his website.

Brought up in a protestant Christian home, his father Minister, Mr. Wilson spent his childhood in Arkansas. He was an intensely bright student. Teachers and undergraduate professors have complimented his insatiable curiosity, noting too that gap-toothed, mischievous, sideways wink he carries to disarm fiercest critics.

He was supposed to follow inducements. He was supposed to finish law school, perhaps pair it with an MBA, and make his way in polite society. That for sure didn’t happen, and it won’t happen. The realization comes early for Mr. Wilson, now 30, as a first poetic look upon his Frankenstein is recounted in the quite wonderful memoir of that time, Come and Take It: The Gun Printer’s Guide to Thinking Free (2016):

“The light from the open workshop door spilled in the lot, and our shadows walked across the cold metal building beside us. The pistol was disassembled. With our cameras in hand, we leaned in to stare at the sixteen ghostly pieces scattered on the concrete floor. The hammer, pins, and spiraling springs in a coda. Like the shapes of a dead language. A fragmented thought from some other world and beyond any reckoning.”

His life has never been the same.

Up to that point, and slightly beyond, Mr. Wilson had a life. He was an early Bitcoin pioneer, hanging with controversial luminaries like Amir Taaki of UnSystem. The two became fast friends over the potential of open source, permissionless digital currency. Each traveled to their respective continents, Mr. Taaki to the U.S., and Mr. Wilson on a speaking tour of Europe in attempt to secure whale donors for his gun project.

Bitcoin was even then being co-opted. It was becoming more centralized in the sense a small group was having a disproportionate impact on the software, and even what it mean to be a cryptocurrency. Debate was stifled. Excommunications. Ingroups and outgroups. The Bitcoin Foundation obsessed over mainstreaming. Tinkerers such as Mr. Taaki and Mr. Wilson were forced to the margins.

Mr. Taaki, Persian and English, also in his early 20s at the time, was credited with a lot of projects in that young space, Openbazaar among them. Mr. Wilson’s plastic gun campaign intrigued Mr. Taaki to no end. Though Mr. Taaki wouldn’t take up arms until a wild experiment to fight for Rojava in northern Iraq some years later, he could see the potential Mr. Wilson was getting at.

Both were equally appreciative of Bitcoin’s world changing implementation potential, but soured on the fact a public blockchain could easily be used to trace a transaction by government authorities, authorities seeking to do a dissident harm, for example. They hatched Dark Wallet to address privacy concerns. From those efforts came many other innovations developed by admirers, as each man moved from Bitcoin in particular and into other concerns.

That plastic gun is blockchain

Delicate sorts chafing at the thought icky plastic guns should be sourced as instruments of liberation in the sense cryptocurrency projects sometimes promise, ought to begin slogging that hard road of ditching toddlerism. In the way crypto isn’t terrorist money, isn’t just for societal malcontents (indeed, government cash paper is way more anonymous and preferred by criminal elements), neither is an undetectable, one shot pistol an invitation to all things tragic and wrong.

Cryptocurrency is a reality. Governments can pass laws. They can stomp and march, but crypto will not disappear from human history. It exists, and everyone has access. That scares the shit out of those who lean heavily on institutions of coercion for comfort. A bank in your pocket? No identification needed? No central banking easing inflation concerns or exacerbating them? Something should be done!

I believe Cody Wilson is our community’s logical outgrowth, no matter if you share his anarchistic assumptions or his championing long-forgotten rifleman culture. All any crypto enthusiast needs to square is how minders aren’t needed to oversee information consumption, be it in the form of history’s most important White Paper or a CAD file linking the possibility wherever there is a laptop, there is a gun.