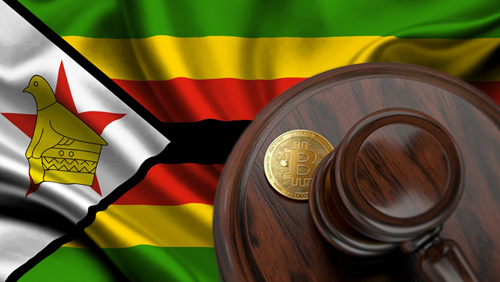 Cryptocurrency investors in Zimbabwe are a happy lot after the second highest court in the country reversed the recently placed Reserve Bank of Zimbabwe ban on cryptocurrency-related activities.

The ruling stemmed from a case filed by Bitfinance Pvt. Ltd., which operates Zimbabwe’s biggest exchange platform, Golix, against the central bank’s order—aka the Circular to Banking Institutions No. 2/2018: Virtual Currencies—for exchange platforms across the country to cease operations and close down their businesses. Aside from Golix, several other financial institutions in the country were also barred from doing any transactions involving virtual currencies.

According to the RBZ circular, accepting cryptocurrencies as collateral, opening accounts of exchanges dealing with crypto and transferring or receiving money in accounts related to buying and selling of virtual currencies will be a violation.

Immediately the ban came into effect, Golix management team stopped their order books and took RBZ alongside central bank governor, John Mangudya, to court. In its petition, Golix lawyers argued that issuing bans is a legislative aspect, which means the parliament is the only government office with constitutional powers to issue such as order—not the RBZ.

There were no RBZ representatives present in court to respond to Golix’s allegations and defend the central bank’s stance, resulting in the judge overturning the ban. News of the High court ruling hit the public through multiple news outlets and social media with advocate Fadzayi Mahere taking to twitter to celebrate the win.

RBZ ban on cryptos lifted by the High Court. Administrative justice is alive and well in this jurisdiction. Section 68 of the Constitution is our best friend.🔥 pic.twitter.com/i8QKqb7xFB

The lift on the ban by the high court brings a relief to Golix and all other cryptocurrency exchange platforms in Zimbabwe. It is back to business as usual in the trading space. Even with the Zimbabwean economy being unstable, Zimbabweans are very much interested in investing in virtual currencies.