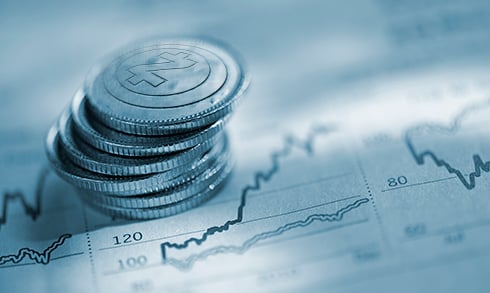 Digital currency zcash has moved into the cryptocurrency top 10 by market cap for the first time, as investors continue to take a positive future outlook.

Rising to $64.7 million, zcash joined the band of top cryptocurrencies by market cap for the first time since its launch in 2016, reflecting growing optimism around the currency and its future.

The rise in market cap took zcash beyond Dogecoin, with individual ZECs worth over $62 at the peak of yesterday’s trading.

It is thought that the growth in market cap is in large part down to increasing supply, which has helped bring down the price of each ZEC token.

After going live, ZEC traded at around $6,000, and raised a market cap of just under $2 million. With ZEC supply increasing to over 1 million, the price has now stabilized at between $60-$80, fuelling the rise in the currency’s value.

zcash is a cryptocurrency similar to bitcoin and ethereum, reliant on the blockchain for allocating tokens and recording transactional information.

By preventing even tracking information from being publically visible on the blockchain, zcash goes a stage beyond the shielding offered by other cryptocurrencies, to deliver true anonymity – a significant point of difference from other digital currencies.

The news comes just a couple of weeks after zcash set up a not-for-profit organization tasked with promoting the growth of the currency.

The body was established with 273,000 ZECs, to “promote a healthy and diverse zcash community”, as well as driving growth in trading and investment in the currency.

They are now responsible for guiding the development of the open-source platform behind the currency, and will benefit from a share of mining rewards as new tokens are uncovered.

The rise of zcash in a relatively short period of time will be seen as a further sign of demand for new cryptocurrencies, and specifically a vote of confidence in the zcash infrastructure.