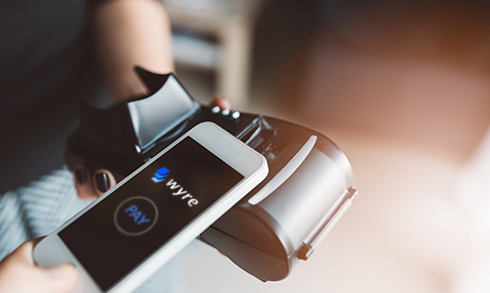 Payments company Wyre has announced it has newly launched a bot for WeChat and Facebook Messenger, an application which will authenticate invoices via the blockchain.

Transactional details can be sent through the bot, which creates and sends an invoice directly to customers. The invoice is then validated on a public ethereum blockchain, providing the verification and certainty necessary to authenticate invoice requests and payments.

It represents one of the first moves of its kind from a blockchain developer, and is seen as potentially paving the way for enterprise scale solutions that would prevent fake invoicing scams which have affected several large companies in recent weeks.

The bot, which is primarily aimed at smoothing the process of sending and receiving invoices, uses the ethereum blockchain as its core form of verification.

Michael Dunworth, Wyre’s CEO, said that the security mechanism was essential for verifying transactions and safeguarding the authenticity of invoices sent and received on the platform.

“It’s on our official wallet where you can see the input data of the hashes in the blockchain. We put it into HEX and you can convert that into ASCII, if you look at ethereum, with just the click of the button. That’s just a security measure for clients so they know the invoice did go through the Wyre bot. It’s not someone pretending they went through the Wyre bot.”

The launch has been met with excitement amongst blockchain developers, with a particular emphasis on how similar technologies could be deployed across financial services and other industries for greater efficacy in the invoicing process.

A hash of the invoice is recorded on the blockchain at hourly intervals, and visible by Wyre, the sender and the receiver only. Party identities and invoice details are not visible on the blockchain, ensuring the security and privacy of the parties involved.

Having developed their working model in under six weeks, the company is now eyeing up several other use cases, including potential support for Slack and WhatsApp.

They are also thought to be weighing up whether multi-invoice processing could be handled through the same technology.