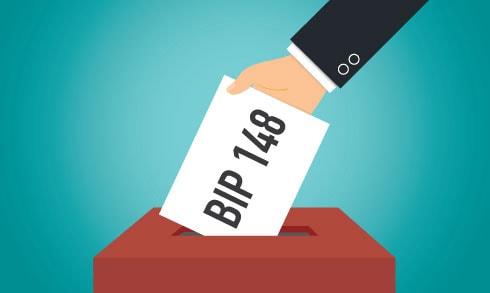 The long-anticipated user-activated soft fork (UASF) in the bitcoin blockchain has come into effect, with a thus-far muted reaction to its implementation.

The soft fork, which had been designed as one proposal to resolve the bitcoin scaling problem, activated last night at block 478,484 on the blockchain, though its impact has been largely undermined by efforts elsewhere.

Known as BIP 148, the proposal had been regarded as largely symbolic, as a means of enacting the Segregated Witness protocol without requiring the support of bitcoin miners.

The proposal had been championed by groups who felt miners were standing in the way of more effective resolutions to the scaling debate.

Having finally activated overnight, the result can now be seen as an avoidance of a split in the underlying blockchain, which could otherwise have led to a split in bitcoin along SegWit lines.

Had the proposals attracted more widespread support, they could have resulted in node operators rejecting blocks that had not signalled support for the SegWit model, which many had feared would lead to two competing versions of bitcoin – Core and SegWit, respectively.

However, while the UASF has passed to muted effect, the bitcoin scaling debate is still scheduled to come to a more abrupt resolution later today.

While bitcoin mining pools have already agreed to lock in SegWit proposals ahead of today’s deadline, there is not uniform support for this approach.

A miner-activated hard fork (MAHF) has been scheduled for later today, which would produce an alternative asset known as Bitcoin Cash.

This currency will run in parallel to bitcoin as it currently stands, and seeks to deploy an alternative method for resolving the blockchain’s scaling problems that the group behind it suggests are more in keeping with the original vision for bitcoin.

The Bitcoin Cash proposals will not rely on passing information externally from the blockchain, a key element of the SegWit2x technology. Instead, the maximum block size will be increased immediately to 8MB, which its creators believe will prove a more effective solution.

At the time of writing, Bitcoin Cash was already trading at $370, rallying as bitcoin itself came under significant sell-side pressure.

As the day’s events continue to play out, miners, investors and other stakeholders will monitor movements closely, on what promises to be an historic day for digital currencies.