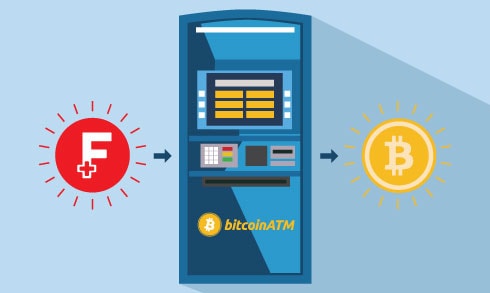 A Swiss bank has begun offering bitcoin asset management to private clients, in a move designed to help investors maximise the value of their holdings.

Private bank Falcon Group launched the service in partnership with local bitcoin broker firm Bitcoin Suisse AG to advise customers looking to buy and hold investments in the currency for the medium to long term.

Alongside the announcement of the new asset management service, the Falcon Group has installed its first bitcoin ATM at its headquarters in Zurich, which will be made available to the public at large.

The decision to back bitcoin so openly at this early stage is unusual for a bank, but comes off the back of discussions with local regulators the Swiss Financial Market Supervisory Authority.

It comes in the same week as the country’s de facto head of state, the Swiss Federal Council, revealed it was making quick progress towards establishing a workable legal framework for digital currencies.

Long regarded as an important location for the international banking and asset management industries, Switzerland has been amongst the most proactive countries in embracing alternative currencies and the ecosystem around them.

Further, at a municipal level, cities like Zug have already indicated their intention to build public administration systems on blockchain technology, with digital identification systems set to be rolled out later this year.

These moves are being echoed in town halls worldwide, with governments at state and local level joining forces with private sector partners and developers to bring blockchain tech solutions to life.

This announcement from Falcon Group marks only the latest moves towards embracing cryptocurrencies and blockchain technology more broadly within Switzerland.

As the first of the country’s banks to emerge with a private client service dedicated to bitcoin, Falcon’s head of products and services Arthur Vayloyan said the decision comes at the perfect time for the company, its clients, and the broader cryptocurrency scene.

“We are proud to be the first-mover in the Swiss private banking area to provide blockchain asset management for our clients. Falcon is convinced that the time is right to enter this nascent market and it is our firm belief that this new product will fulfill our clients’ future needs.”