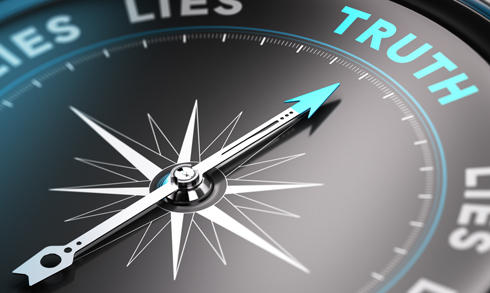 When I first started discussions with Dr Wright, I purposely wanted to give him the benefit of the doubt on some matters, and give him an opportunity to provide counter-arguments to a plethora of claims made against him. My position was that the accusations have already been made – we have all heard one side of the story, and there needed to be the other side heard.

Everyone has a right to a defense. Unfortunately, the media doesn’t work like the justice system, because a writer or reporter can choose to listen to one side of an argument quite easily, without even bothering to acknowledge the other side. When everything becomes click-bait, and headlines are all about sensationalizing stories, the truth gets lost somewhere in the ether.

Let’s go back to 2015. Dr Wright’s world flipped on its head. Accusations of fraud, scam, and everything in between surfaced, coupled with a raid on his home by the ATO, not to mention death threats on himself and the family.

The old saying “when it rains, it pours” couldn’t have been more fitting. High performance computing firm SGI put out a statement, publicly denying any involvement with Craig Wright’s company Cloudcroft Supercomputers Australia.

Credit due, ZDNet did in fact state that the denial of relationship and contact was made despite “documents claiming that the two companies have previously worked together”.

But why would ZDNet not investigate further, the supposed link which these documents allude to, given they have just received a contrary claim?

In making statements against someone who is already hit hard, pushes them down even further. The problem with publishing a claim such as this is that it then heavily fueled further speculations of fraud, and fueled more hostility. See, Wright had already openly discussed his relationship with SGI on twitter and elsewhere. This claim drops the gauntlet – Wright is lying, or SGI is.

So ‘Wired’ then publishes an article titled “New clues suggest Craig Wright, suspected Bitcoin creator, may be a hoaxer”.

The article then mentions the above claim that SGI had no relationship with Craig Wright, and also attacks Wright’s academic credibility by stating he lied about his PhD degree – stating that Charles Sturt University never provided him with any PhD. But CoinGeek and I have already verified and confirmed that the degrees all do exist.

CoinGeek has since received mounting evidence which in fact provide strong proofs that SGI did work closely with Craig Wright. Countless emails, records, documents, training material, reference letters, including a signed Non-Disclosure Agreement by both Chris Clarkson (formerly) of SGI, and Craig Wright. Also on hand is evidence of conference video footage of the two parties in question.

Countless emails have been received by CoinGeek highlighting irrefutable contact and a working relationship between the two organisations.

Another email from Chris Clarkson (SGI) requests the SGI reference to be removed from the Cloudcroft website. Clarkson states “This is out of my hands I am afraid”.

The reference letter and the signed NDA can be seen below:

I did try to contact Chris Clarkson of SGI, but he explained that he left SGI 12 months ago, and could not comment on the matter.

Ofcourse SGI can claim that they were merely honoring the NDA. But to state zero contact and zero relationship, in addition to requesting the withdrawal of the reference letter, leaves many questions unanswered. Perhaps SGI wanted to distance themselves from a company associated with online gaming, or perhaps they got confused with the names.

Undoubtedly, the claims made by SGI at the time did spawn a media circus that was quick to shoot down the victim here. The most surprising aspect of media releases concerning these statements was that the other side of the story was not once sought. Why?