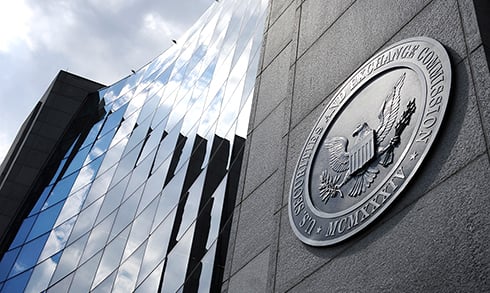 The Securities and Exchange Commission has declined to accept a proposal from SolidX that would see its bitcoin ETF listed on the New York Stock Exchange.

The exchange traded fund, which would have allowed investors to take exposure to bitcoin through mainstream markets, was deadlined for a decision yesterday.

It was hoped the vehicle would allow investors an alternative mechanism for trading in bitcoin, as well as introducing greater price transparency and liquidity into the bitcoin market.

The rejection represents the second refusal of a bitcoin ETF since the start of March. The first ETF, promoted by Cameron and Tyler Winklevoss, was seen by analysts as a 50/50, and hailed as a bellwether for gauging regulatory attitudes towards investment vehicles targeting the digital currency.

The original rejection sent bitcoin prices plummeting, amidst the ongoing uncertainty surrounding the regulatory environment for bitcoin and cryptocurrency derivatives.

Now, with the second such rejection in less than a month, the market has shown a similar, if less pronounced reaction, with trading down by close of yesterday.

In reaching their conclusion, the Securities and Exchange Commission cited broadly similar reasoning to their decision on the Winklevoss ETF.

“The Commission believes that, in order to meet this standard, an exchange that lists and trades shares of commodity-trust exchange-traded products (“ETPs”) must, in addition to other applicable requirements, satisfy two requirements that are dispositive in this matter. First, the exchange must have surveillance-sharing agreements with significant markets for trading the underlying commodity or derivatives on that commodity. And second, those markets must be regulated.”

While many analysts had forecast another rejection from the SEC, it still comes as a blow to bitcoin developers and investors.

The continuing regulator disapproval of bitcoin derived ETFs underlines the need for further regulation in the bitcoin market, which could spell significant upheaval in the months and years to come.

Analysts have suggested that while now might be too early for a mainstream bitcoin ETF, the digital currency does still have a future in more traditional markets.