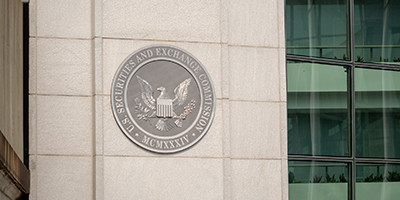 The new chair of the U.S. Securities and Exchange Commission (SEC), Gary Gensler, has said he is mainly concerned with the risks arising from unregulated digital currency trading, despite expressing his own ‘intrigue’ at digital currency.

Gensler comes to the role with a rich and varied past in digital currency personally, including having taught a course on digital currency at MIT. However, the new chair has said he remains clear that his career to date will not unduly influence his decisions around digital currency, and will not result in any concessions for the industry.

Having previously described blockchain and digital currency as “a catalyst for change,” Gensler has been at pains to demonstrate that he remains “neutral,” if not “intrigued” by the technology. However, in an interview with Bloomberg, the former partner at Goldman Sachs said he was definitely “not neutral about investor protection.”

“If somebody wants to speculate, that’s their choice, but we have a role as a nation to protect those investors against fraud.”

Gensler has said his first priority in his post is to bring about regulation for the country’s largest digital currency exchanges, including the likes of Coinbase and Binance.US, exchanges which between them processed as much as $3 billion in transaction volume in the last 24 hours.

Similar enforcement action would be possible via the SEC and elsewhere, due to the single centralized point of communication—i.e., with Binance itself.

Decentralized platforms have no single source for regulators, despite the SEC flagging concerns that some of the activities permitted via these platforms could constitute regulated activities falling within their remit.

A number of regulatory risks have already been identified with decentralized exchanges, including peer-to-peer lending, and liquidity pools, which he has suggested could ultimately be regulated in the same way as mutual funds.

There is the hint that p2p loans on decentralized platforms could be regulated by the SEC where interest rates are specified, though there has as yet been no indication of when this type of action could come into force. Other activities that could be construed as having similarities to their regulated non-digital currency counterparts could also be subject to greater scrutiny, as the SEC and other agencies continue to feel their way towards a new, more comprehensive regulatory picture.

Gensler also previously suggested that the regulator could look to take action against stock tokens, tokens which arguably most closely resemble securities, such as those representing shares in companies. Yet for now, the exact approach being considered by the U.S. securities regulator remains uncertain.

Nevertheless, the latest comments from the SEC chair confirm the direction of travel for the regulator, towards asserting more control over the sector and the rules that are to be put in place for governing digital currency businesses and transactions.

With the change in leadership at the top of the SEC, it had been hoped that the regulator would take a fresh look at regulating digital currency, and creating more favourable, certain conditions for businesses trading within it.

While Gensler has gone to lengths to confirm his intentions in protecting consumers and providing regulation the sector craves so badly, there remains some serious question marks over the shape this regulation will ultimately take.

Many blockchains and digital currencies assert to be “decentralized,” however, its short history has proven this to be demonstrably false, as several incidents have occurred in the past six years proving so.

A good game must provide a sense of achievement, entertainment, challenge, education, and gratification to its players, as that is essentially what they are willing to pay for.

In a trial set for two days, parties will present their arguments over whether Peter McCormack is liable for defamation with regard to social media posts he made about Dr. Wright’s status as Bitcoin inventor Satoshi Nakamoto.