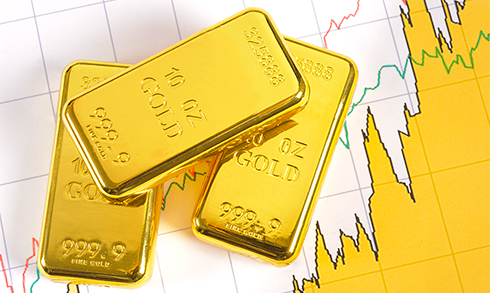 The Royal Mint has announced the start of the first testing phase of its hotly anticipated gold trading blockchain.

The body responsible for minting coins in the UK, and for a number of other countries worldwide, the Royal Mint has been working in conjunction with private sector partners to develop the innovative gold trading platform.

The technology, first announced in November 2016, could unlock significant benefits for recording and processing gold trades, reducing the cost, security and efficiency of processing transactions.

The blockchain-based platform creates a new digital asset, to be known as Royal Mint Gold, with each unit on the blockchain equivalent to 1 gram of gold held by the Royal Mint.

Working in partnership with AlphaPoint, startup BitGo, CME Group, and several other undisclosed companies, the Royal Mint is hoping to launch the platform later in 2017, pending the successful outcome of this testing process.

It represents the latest development in the organization’s 1000-year history, and one of the first innovations of its kind to be developed on the blockchain.

The technology could support up to $1 billion worth of gold, and will enable investors to buy and sell positions in gold without the need for physical transfer, through the Royal Mint’s blockchain.

Vin Wijeratne, CFO at the Royal Mint, said the project represented the first product of its kind, and could pave the way for similar developments for other asset classes in future.

“Developing a trading platform with CME Group will satisfy customer demands for faster, cost effective and secure ways to buy, hold and sell gold and complement our existing product…This landmark partnership allows us to combine the world’s leading mint, the best futures trading platform globally and best in class technology.”

Royal Mint will manage the gold reserves, while transactional verification will be conducted through peer-to-peer nodes, similar to the process used in verifying bitcoin and other digital currency transactions.

The system promises a new mechanism for investors to take exposure to gold, which analysts have suggested could lead to more efficient processing of gold transactions.

Often regarded as a safe-haven investment in times of market uncertainty, the Royal Mint’s platform is expected to prove popular with investors looking for alternative means of speculating on gold.