I am one of two people on earth, as far as I know, who will have attended the Bitcoin2021 Conference in Miami and CoinGeek Conference this June. The other is my friend and colleague Luke from TonicPow. Miami is chaotic. It smells like salt and antique car exhaust, roasted pork and sun-kissed bodies covered in tropical lotions. It sounds like a cacophony of urban clang, Cuban accents and revving engines cruising in circles so the neighborhood knows what’s under the hood.

Zurich, Switzerland couldn’t be more different. Verdant forests, the smells of grass and fresh mountain rain. Quiet luxury and muted elegance. “Gruezi” from passersby on the way to hear the perfectly postured pianist in the library playing that song you heard once at the Jazz club—or was it the symphony? No matter, because the taxi drivers will pick you up in a Mercedes-Benz no matter what part of town you hail them from, which would be weird if they weren’t assembled two hours away while whispering the company motto of the late Gottlieb Daimler: “Das beste oder nichts.”

In Miami, I had the pleasure of interviewing a diverse crowd of people who all believed Bitcoin never really worked, but who were glad it made them rich enough to wait four hours in line to enter a conference where Max Kaiser could blaspheme the Lord by baptizing small blockers in the name of Bitcoin Core. Interestingly enough, through the disheveled and sweaty masses, there were a number of bright spots. The open minded who admitted they were intrigued by things like Twetch and WeatherSV, of all things, were an inspiration! I also spoke with Tim Draper who didn’t seem to understand that a Lightning Node requires a transaction to open and close a channel without relying on a custodian. But overall, the crowd was aimless aside from its hegemonic virtue signaling and obvious collective fear of standing out from the crowd that was itching to shun the impure—which could be defined by anyone not ruthlessly devoted to courting BTC whales. Just ask Floyd Mayweather!

More than anything, I was surprised by the fact that most of the people I interviewed were excited about the power of micropayments, but were not crystal clear on why BTC would never be capable of them. They simply needed to be shown the power of the unbounded bitcoin protocol!

But alas, I write this from my room in Zurich with a belly full of Swiss beer, cheese and meats from the “Super Secret Meetup” we had at a barn down a winding street. I recall multiple conversations about whether anyone was positive that there were no longer bear in the Swiss Alps as we walked through misty streets between the hotel and the makeshift beer hall—and we all laughed recalling the same “angst vor baren” from our alpine hike earlier in the day where our friend from TonicPow waxed on about the incredible diversity of mushrooms that he was delighted to find in the forest.

On the night before CoinGeek Conference, the starkest contrast in the conversations between Miami and Switzerland was the focus on what we can build: the industries we can disrupt, the people we can save, and the business opportunities we can liberate from the shackles of inefficient networks. Contrast this against the social purity tests, investment thesis of amateurs and the screaming virtue signals punctuated by a thrashing boomer on stage screaming “Fuck Elon! WE’RE NOT SELLING!” That was Miami’s catharsis, but it was also an analogue of their conference as a whole.

Not only do I not expect any profanity on stage here in Zurich. I don’t expect anyone to discuss the investment thesis of the BSV Blockchain at all. Rather, the presentations will be focused on the businesses built atop the global supercomputer fueled by unstoppable micropayments, and the markets that we liberate because of the tools we have been given by Satoshi’s Vision. And that’s the unique power of the unbounded Bitcoin protocol at work—creating incentives to generate business opportunities because we have a tool to help create value while our competitors can only hope to absorb it. 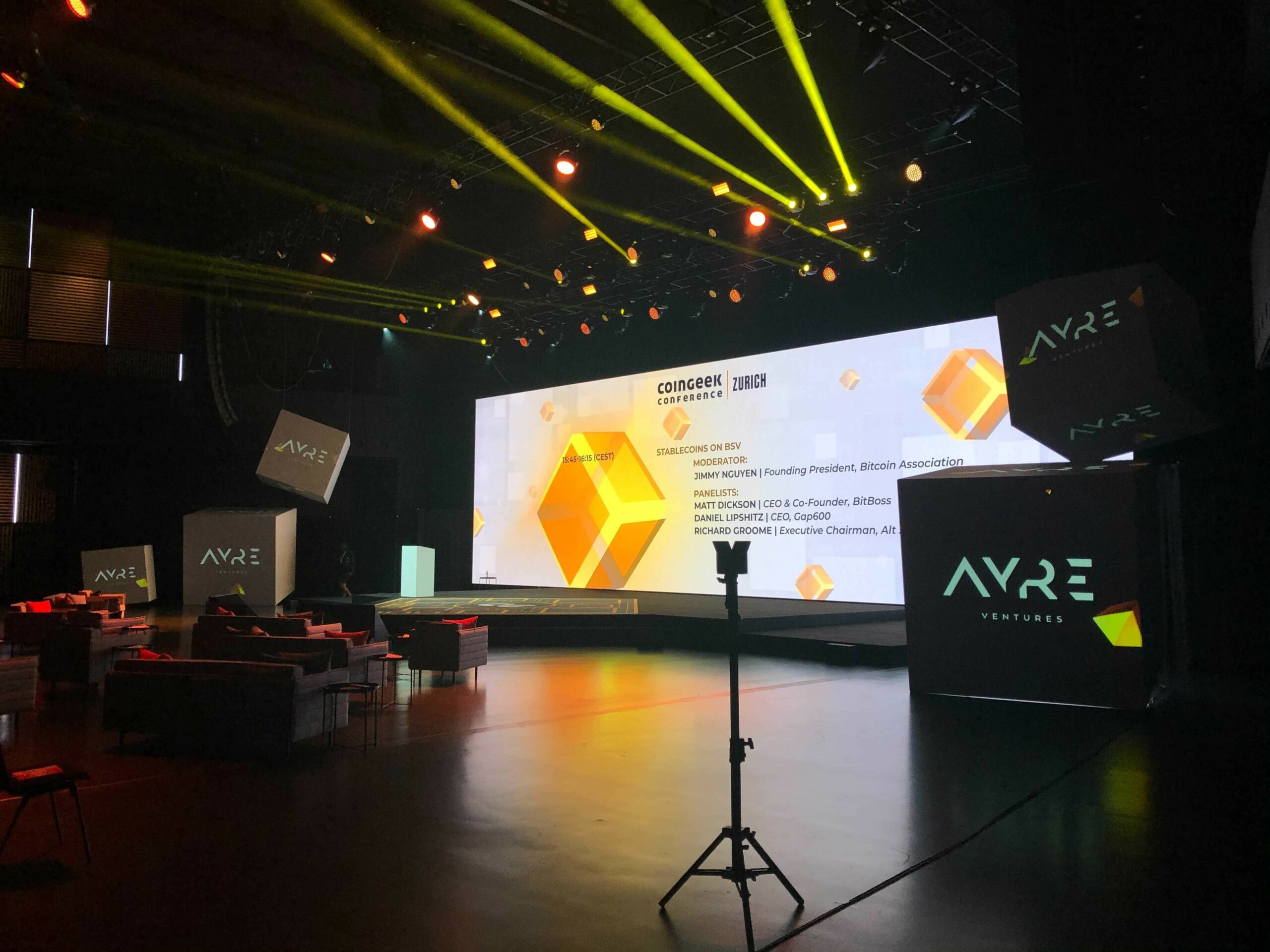 The show begins in a few minutes, as I finish this article. Time for my last sip of coffee as I prepare for the show. See you on screen, on stage, hosting CoinGeek TV segments and managing what I can behind the scenes.

Let’s enjoy the conference and liberate the world!