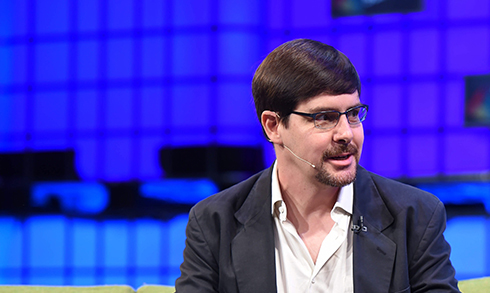 I’ve recently had the distinct honour and pleasure of interviewing Gavin Andresen, one of the original Bitcoin Core developers, and the man who was entrusted by Satoshi Nakamoto with the network alert key, and also entrusted to carry on the development of the Bitcoin client. When Satoshi stepped back from the project, the mantle was effectively moved to Gavin.

“Over time he (Satoshi) trusted my judgment on the code I wrote. And eventually, he pulled a fast one on me because he asked me if it’d be OK if he put my email address on the bitcoin homepage, and I said yes, not realizing that when he put my email address there, he’d take his away. I was the person everyone would email when they wanted to know about bitcoin. Satoshi started stepping back as leader of project and pushing me forward as the leader of the project.”  – Gavin Andresen. Source

Although Gavin is no longer a part of the Bitcoin Core dev team, he indeed remains a prominent voice in the Bitcoin community.

Eli: You’ve been involved in Bitcoin since the beginning – and I have no doubts at all, the journey of your involvement has been one giant rollercoaster. A project with limitless possibilities landed on your lap one day, and you’ve been thrown into an exciting world, but one that is plagued with political motives and powers. How would you summarize the experience?

Gavin: It has been a crazy, once-in-a-lifetime experience. I think I’m fortunate it happened to me when I was in my 40’s and was old enough to appreciate how atypical it was compared to other jobs or projects I’d worked on before.

Eli: I’m aware that you are pro big blocks, to increase Bitcoin’s TPS capacity, and in the past you have mentioned that you’d like to see both big blocks, and segwit. Is this your current position?

Gavin: Yes. I think it is wise to try to have multiple ways of accomplishing your goals.

Eli: How do you see the current gridlock between emergent consensus and segwit (including the UASF) playing out?

When asked, Gavin didn’t seem to be to concerned with the likelihood of this agreement ending up in the same failure that was the failed Hong Kong agreement.

To recap, on the 21st of February 2016, representatives from Blockstream’s Bitcoin Core team and Miners signed what is today known as the Hong Kong agreement. This closed, secretive meeting that took place ensured all miners unanimously sign an agreement, which made certain they continue to use Bitcoin Core – which in effect killed off the competing “Bitcoin Classic” client competition. Bitcoin Classic simply provided an on-chain capacity increase by increasing the blocksize, which inventor Satoshi many times stated was required to let Bitcoin grow.

The HK Agreement also stated some points suggesting that by mid-2016 a hardfork would be available which would allow Bitcoin to scale-up (although mostly using off-chain solutions). The failed timeline and the failed measure to take action has resulted in miners also abandoning the agreement. What was intended specifically to keep all miners Core aligned, had significantly back-fired.

“The whole point of putting “Run Bitcoin Core compatible clients” in the agreement was for miners to stop playing political games for a few months to let the situation calm down and give devs a reason to work with them (remember that until more people joined, it certainly wasn’t an agreement with Bitcoin Core). By immediately playing more political games, this made it impossible to get anyone else to join the agreement. So yes, they’ve thoroughly broken the agreement”.   – Peter Todd (Core Developer)

But given Peter Todd’s own admission on the reality of the agreement, isn’t coercing the use of your own version of the software on other members of the eco-system a ‘political move’ in itself? In any case Gavin believes this to be a more promising outlook, perhaps as this is a market-led initiative.

PART 2 will be posted over the next few days.

Justin Pauly talks to CoinGeek Backstage about the brand change as VX Technologies’ suite of products expands and how the firm is working to make BSV easier to use.

The Gate2Chain co-founder and COO found that with blockchain, he could program devices to behave in certain ways dependent on real-time information, while also certifying the accuracy of data.

Raheel Iqbal’s Game Storm Studios has already deployed some of its games on the BSV blockchain, and as he told CoinGeek TV, it’s a matter of time before other games developers will follow.

Alex Agut discussed why HandCash has been slow to adopt some technologies, integrating other coins on HandCash and why only those who imitate Henry Ford will last.