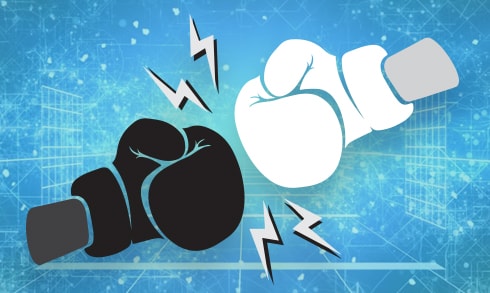 Bitcoin is set to undergo its most significant upgrade to date, as the community wrestles for consensus ahead of the August 1 deadline.

As the well-publicized scaling issues continue to delay transactions and increase settlement costs, getting the mining community on the same page ahead of the fork is proving difficult.

Some analysts now fear that a hard fork could still occur, despite the likes of Coinbase declaring they will only support a soft fork, and concern is increasing amongst bitcoin stakeholders looking to capitalize on these events.

Bitcoin development body nChain announced its support for the Bitcoin Unlimited version of the fork this week, in a move that has been welcomed by proponents of the technology.

Designed to simply remove the upper cap on block sizes, currently set at 1MB, it is thought that the support from nChain could inspire confidence in the mining community to signal for a Bitcoin Unlimited-style resolution to August 1.

At the time of writing, most consensus remains behind the SegWit2x proposals, so called BIP 91. But with nChain and others supporting the rival Bitcoin Unlimited model as a more efficient and effective way to achieve scaling, it is still the favoured model amongst developers and certain analysts.

BTCForkMonitor.info is a simple website that has been set up to monitor the changing sentiment amongst the bitcoin mining community, and reflects at a glance whether a split has or is likely to form in the blockchain.

Seen by many as the worst-case outcome from the August 1 fork, signaling for a hard fork could suggest a split in the bitcoin blockchain is on the way.

The site sets out the picture in five boxes, corresponding to each of the main proposals for the August 1 deadline, and demonstrates at a glance which has the upper hand.

Coinbase, the world’s most notable cryptocurrency exchange, has said they will refuse to back a UAHF.

If a UAHF were to emerge from the August 1 wranglings, this would effectively create two blockchains for bitcoin, in addition to significant uncertainty and market volatility.

In response to this possibility, Coinbase have said they will suspend transactions in bitcoin for four hours before activation in the case of a UASF (soft fork).

But should the hard fork come to pass, and an effective split form in the bitcoin blockchain, Coinbase will not allow users to access their funds in new BTC, and will maintain support for the original bitcoin blockchain only.

For those wishing to access their funds in the eventuality of a hard fork, they must be moved from Coinbase to private wallets ahead of the August deadline.