There are some people who are born to change the world, and Satoshi Nakamoto is definitely one of them. Born Craig Steven Wright in Brisbane, Australia, 49 years ago, Satoshi has pretty much changed the world, and continues to do so. For just inventing Bitcoin, he wrote down his name in the history books. However, he has continued to do much more, for Bitcoin, blockchain, economics, technology and more.

For a man who has achieved so much, Dr. Wright still modestly describes himself as an eternal student, and he is. His academic accolades are admirable, getting a PhD in Computer Science from the Charles Sturt University, a Masters of Law from Northumbria University and a Masters of Mathematics from the University of Newcastle. 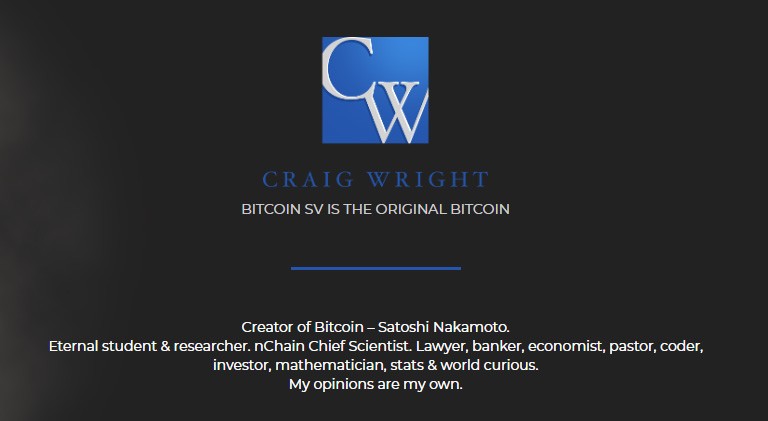 However, it’s not his academic qualifications that make him one of the greatest people of his generation. It was what he did in 2009 that made him a legend of our time: inventing Bitcoin. His invention came at a time when the global economy was crashing and the world was losing hope in the monetary system. Bitcoin gave the people an alternative to the centralized financial system that was skewed to benefit a few and instead offered a decentralized economic model that nobody, not even Satoshi himself, could manipulate.

Bitcoin has gone on to disrupt the world on several fronts, from international remittance to asset management and lending. It has also led to the birth of several other cryptocurrencies, each trying to imitate Satoshi’s invention. And when the selfish interests of some prevented the development of Bitcoin that Satoshi envisioned in his whitepaper, he moved on to Bitcoin SV and continued with his stellar work.

Dr. Wright has continued to invent, in line with his mission to change the world. The Metanet is one of his inventions that is quickly becoming an alternative to the established model of the internet. The Metanet allows you to own your data through a built-in permissioning system that relies on the stable underlying protocol of the BSV blockchain.

Dr. Wright continues to be actively involved in research, being the Chief Scientist at nChain and is central to many of the patents that nChain has filed or been awarded. His inventions continue to change the lives of many across the globe and as adoption continues, billions will benefit from his inventions even without their knowledge.

For all this, and much more, we wish Craig Wright aka Satoshi Nakamoto a Happy Birthday!