When it comes to digital transformation, the Philippines still has a long way to go. The government knows this, which is why its officials are doubling down on their efforts to digitalize the country as it catches up with the rest of the world.

The country is poised to “again make history soon,” according to Department of Information and Communications Technology (DICT) Secretary Ivan John Uy. And this time, it will be on Web 3.0.

At the inaugural Global Blockchain Summit in Bataan, the DICT secretary highlighted the “crucial role of emerging Web 3.0 and blockchain industry that will play a big part in generating employment, investments, countryside development in our economic arena.”

“If we can unleash the Filipinos’ potential, strengthen the commitments of both public and private sectors, and match it with the right technologies, policies, and other enabling mechanisms, we can build a digital economy that our fellow Filipinos and that the international investors can trust,” Uy said. 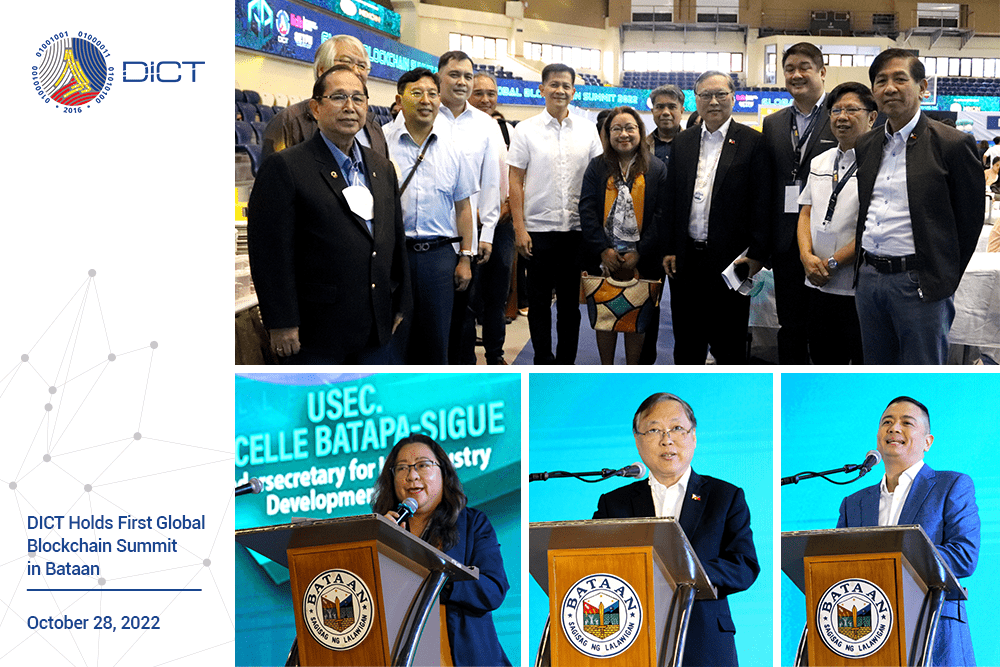 The government agency is tapping emerging technologies like blockchain and translating them to jobs and ultimately, food on the table for many Filipinos. In her speech at the two-day summit, DICT Undersecretary for ICT Industry Development Jocelle Batapa-Sigue said the goal is to double the number of digitally enabled jobs from 1.4 million to 3 million by 2028, with 60% of those jobs coming from the countryside.

She describes this initiative as “digital empowering” the nation by transferring the concepts of new technologies like blockchain and artificial intelligence (AI) to applicable skills.

“When we say digitally empowered, it means that we leverage on digital solutions to create a thriving business ecosystem to upscale and to empower our citizens to be ready for the 4th Industrial Revolution in so far as workforce is concerned to ensure that citizens have access to connectivity wherever they are in the Philippines,” Batapa-Sigue tells CoinGeek on the sidelines of the summit. These efforts, she said, will digitally empower the local and national governments, alongside its citizens and all the business enterprises and stakeholders—ensuring that the country is “in cadence with the world in so far as learning about emerging technologies such as blockchain, AI, and other emerging technologies.”

“Finally, to use digitalization to move our country towards embracing digital transformation that is sustainable, meaning that all stakeholders are joining hands to ensure that it’s not just for a period of time, so that in the end we can progress as a first world country, which is our aim in the next several years, which is also validated by the projections of international economies saying that the Philippines will indeed become one of the Top 20 economies in the next maybe one or two decades,” Batapa-Sigue said.

To achieve this, the government seeks to work not just with local, but also international blockchain experts and industry leaders—like global tech company nChain, which is strategically positioned to help the Philippine government digitalize the country.

“Clearly, as the main technology platform for blockchain in the world, we want to be at the center of this. We want to be working with both national and local governments for all of their blockchain requirements, for all of the applications, for all the solutions, with all the application builders, with the BSV blockchain technology at the center of everything,” Nicholas King, nChain’s Country Director for the Philippines, tells CoinGeek.

Although the Philippines has the numbers, catching up with other nations in the digital economy isn’t going to be a simple task, especially for its bureaucracy. The Philippines currently ranks 89th out of 193 countries in the latest United Nations E-Government Survey—“not an encouraging number,” according to President Ferdinand “Bongbong” Marcos Jr.

“We are already playing catch up in terms of digitalization to the rest of the world. So it is not as if we have a choice here. We don’t have a choice that maybe we’ll do it, maybe we’ll not,” he said in a speech at the National Information and Communications Technology Summit 2022. “It is simply not the way that the modern world works. We have to digitalize if we are going to keep up all our plans for the transformation of the economy and our continuing redefinition of the Philippines’ place in the community of nations.”

Marcos has called for the immediate passage of the proposed E-Governance Act and E-Government Act, which will “ensure, fast, transparent, and efficient government service for the Filipinos.”

Bataan, where the Global Blockchain Summit was held, is a prime example of how the government can modernize with the help of public and private partnerships. The province houses the Freeport Area of Bataan, an emerging hub for blockchain and new technologies. The freeport, operated and managed by the Authority of the Freeport Area of Bataan (AFAB), is also planning to develop the Bataan Blockchain City—a smart city for blockchain and fintech solutions. 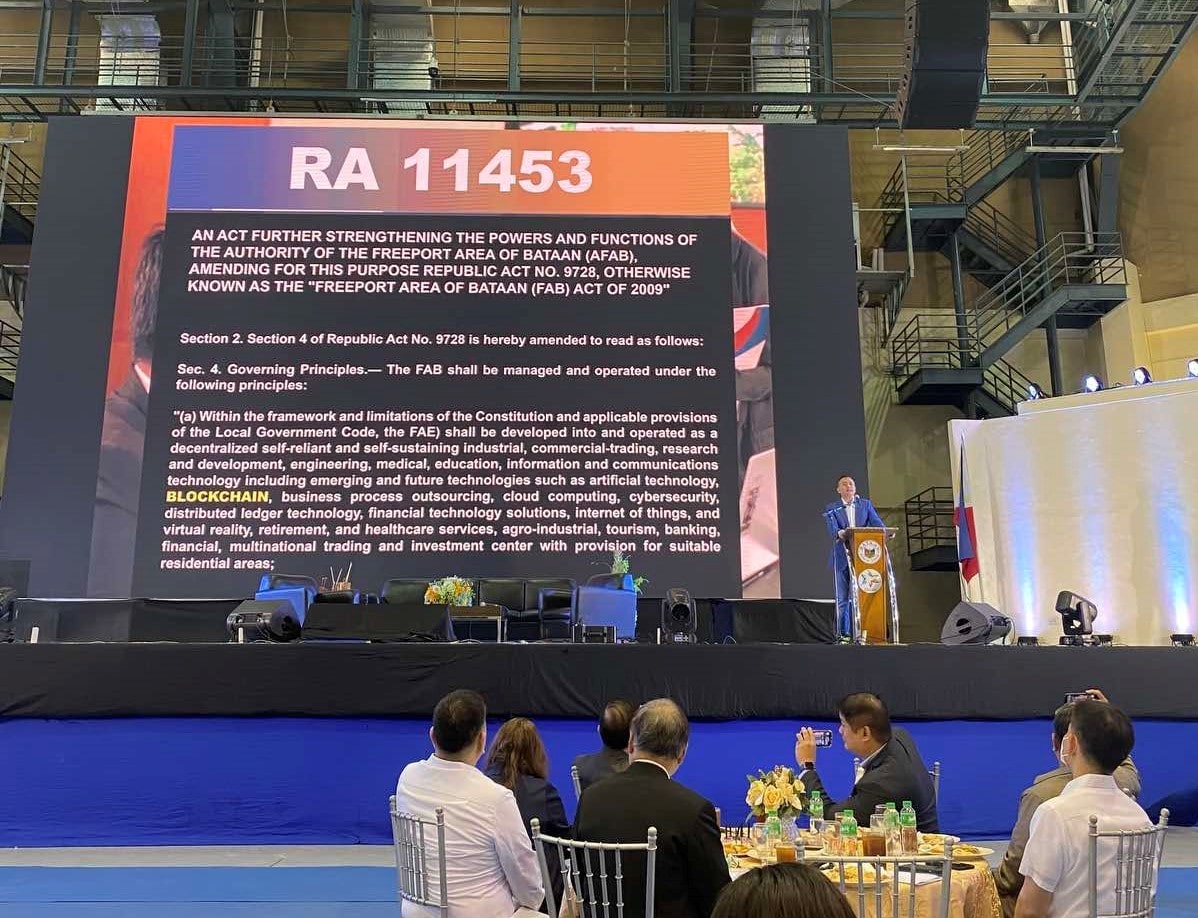 Authority of Freeport of the Freeport Area of Bataan (AFAB) is aiming to build a “blockchain-enabled” community in the Philippines under the Republic Act 11453. (Source: AFAB Facebook)

To enable true digitalization, a scalable blockchain is needed

As Marcos pointed out in his speech, “there is, essentially, nothing holding” the Philippines back from rapid digitalization and the country needs to digitalize if “we are going to keep up.” But to do this, particularly on a massive, nationwide level—the country has 1,700 local government units scattered across 82 provinces and 42,000 villages providing services to an estimated population of 115 million—the Philippines needs a massively scalable technology to fully launch its e-Governance initiatives.

“You can’t achieve what the president has laid out without having a highly scalable, highly secure blockchain,” Stefan Matthews, Executive Chairman at nChain Group, tells CoinGeek. “Fortunately enough that I’ve worked with a technology that has been demonstrated—the BSV blockchain—to be just that: highly scalable, an unbounded number of transactions per second, no block size, totally secure, immutable. As far as I’m concerned, when we’re talking this level of government participation and use of blockchain technology, there is no question that the absolute, best qualified technology is BSV.” 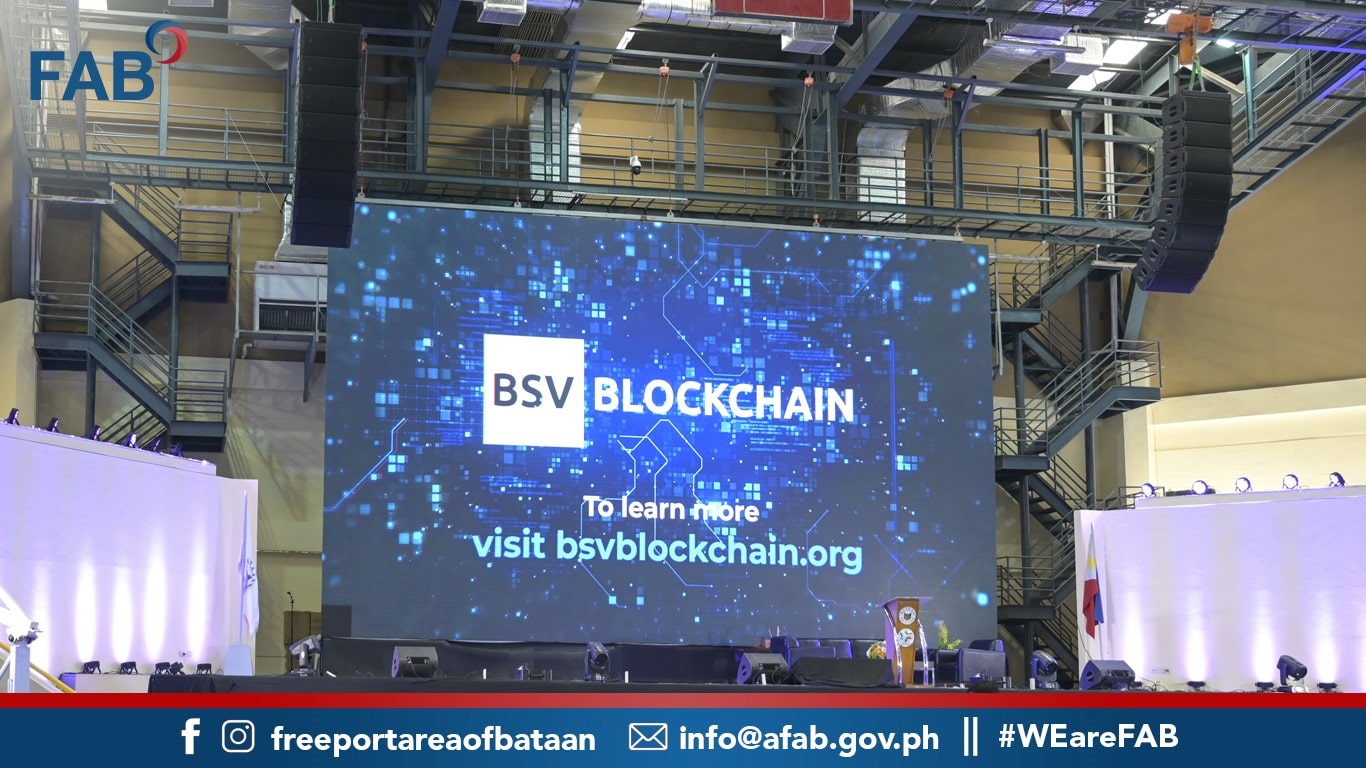 It’s evident that the Philippine government is still looking for that sweet spot between its current system and fintech; however, the inaugural blockchain summit in Bataan demonstrates the country’s willingness to become a center of excellence when it comes to emerging technologies. As Matthews pointed out:

“The level of interest and the diversity of companies and representatives of government and government departments at all levels is beyond what I expected, and from here I hope that we see the level of progression and development, particularly with this area which is designated under a very special Act to be a center of excellence for blockchain. This is really exciting.”

Binance is making a backdoor move into Japan while its botched attempt to make a similar move into the U.K. isn’t stopping local courts from putting the digital asset exchange in the hotseat.

The vote will commit lawmakers in Brussels to changing tax rules related to the digital asset industry, including whether to implement a single tax regime for digital assets across the bloc.