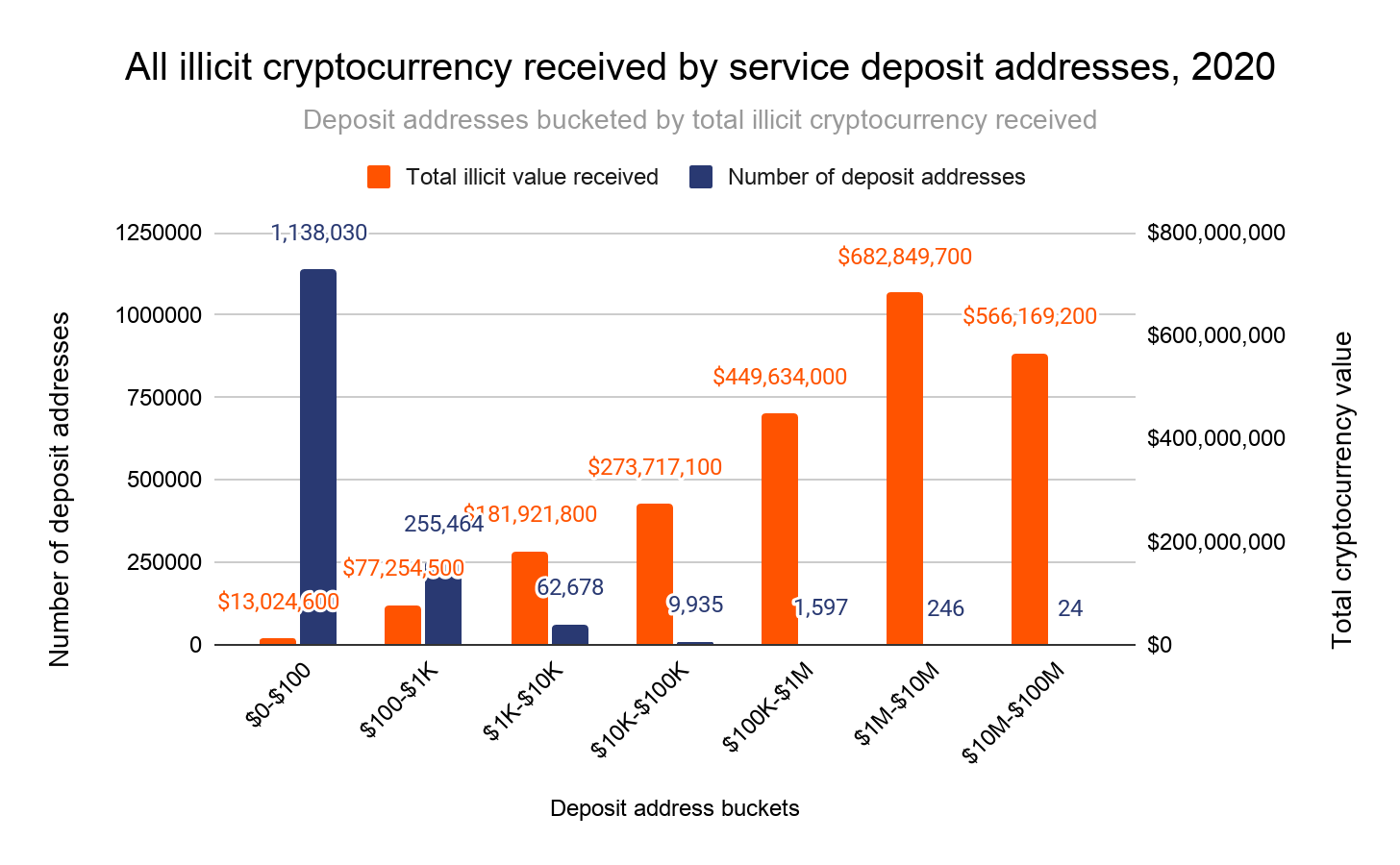 Interestingly, 55% of all illicit funds transacted were laundered through the top five digital currency money laundering services. “Overall, what the data makes clear is that most illicit funds travel to service deposit addresses for whom money laundering makes up a huge portion of their activity, to the point that many of them appear to have no other purpose,“ said Chainalysis in its 2021 Crypto Crime Report. 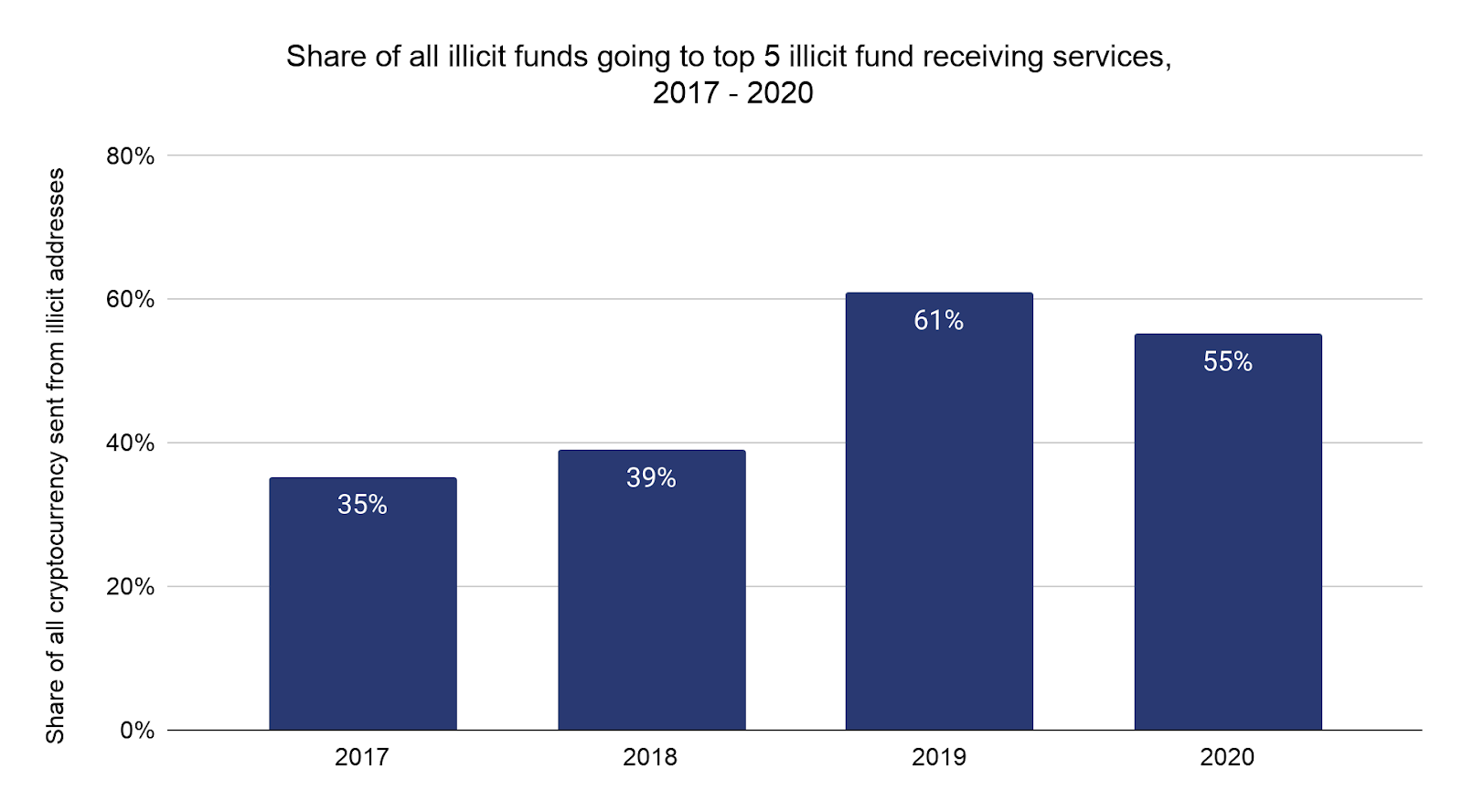 Most of the illicit funds come from criminals executing ransomware attacks, followed by money that comes from darknet markets, funds that have been stolen due to a hack or exploit,  and funds that come from scams. 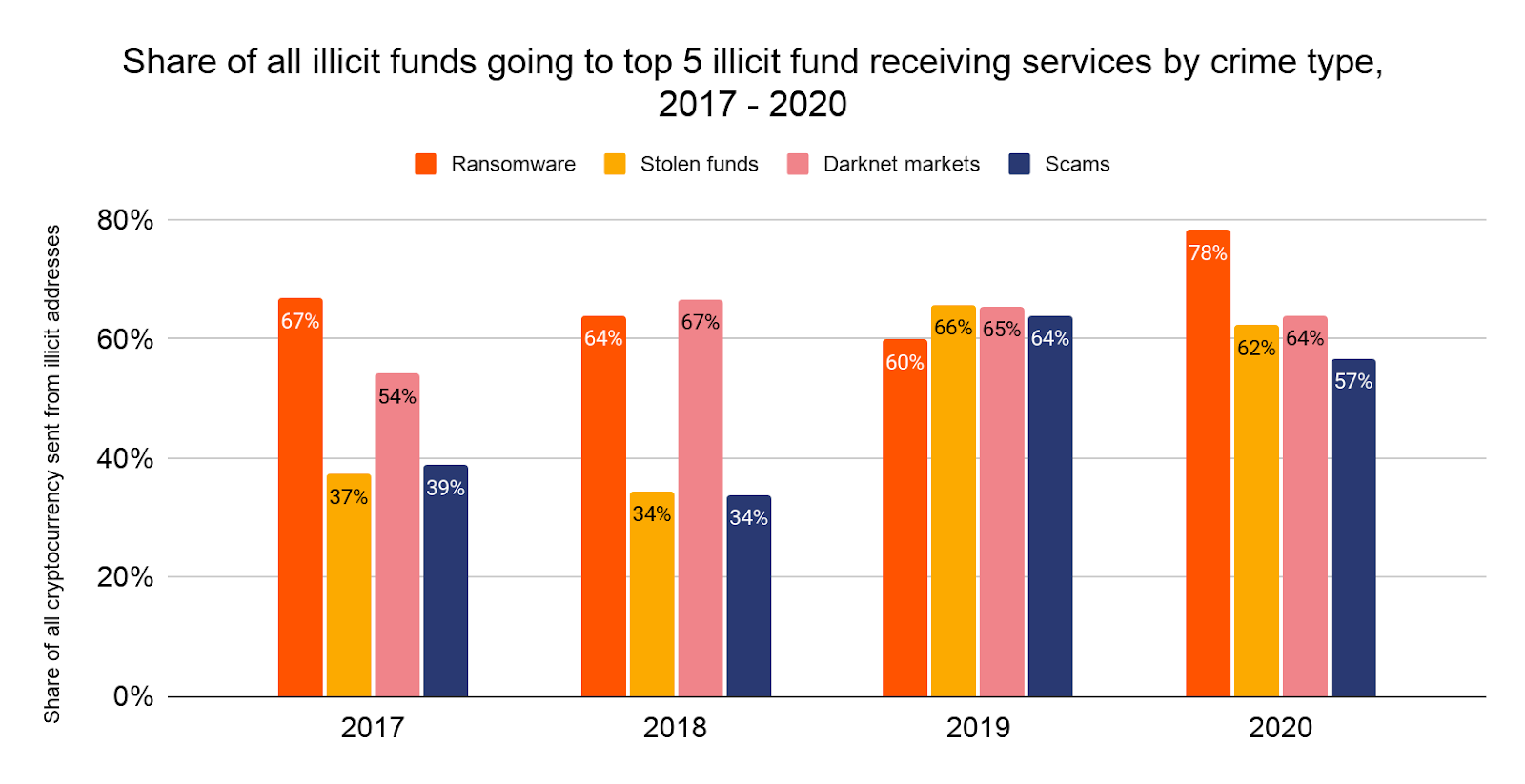 And despite their being popular money-laundering service providers, a significant amount of illicit funds are sent to legitimate digital currency exchanges.

“A smaller but still significant portion also goes to deposit addresses doing a high volume of legitimate transactions, which could allow the illicit activity to fly under the radar, reinforcing the need for compliance professionals and investigators to stringently assess all deposit addresses,” said Chainalysis. 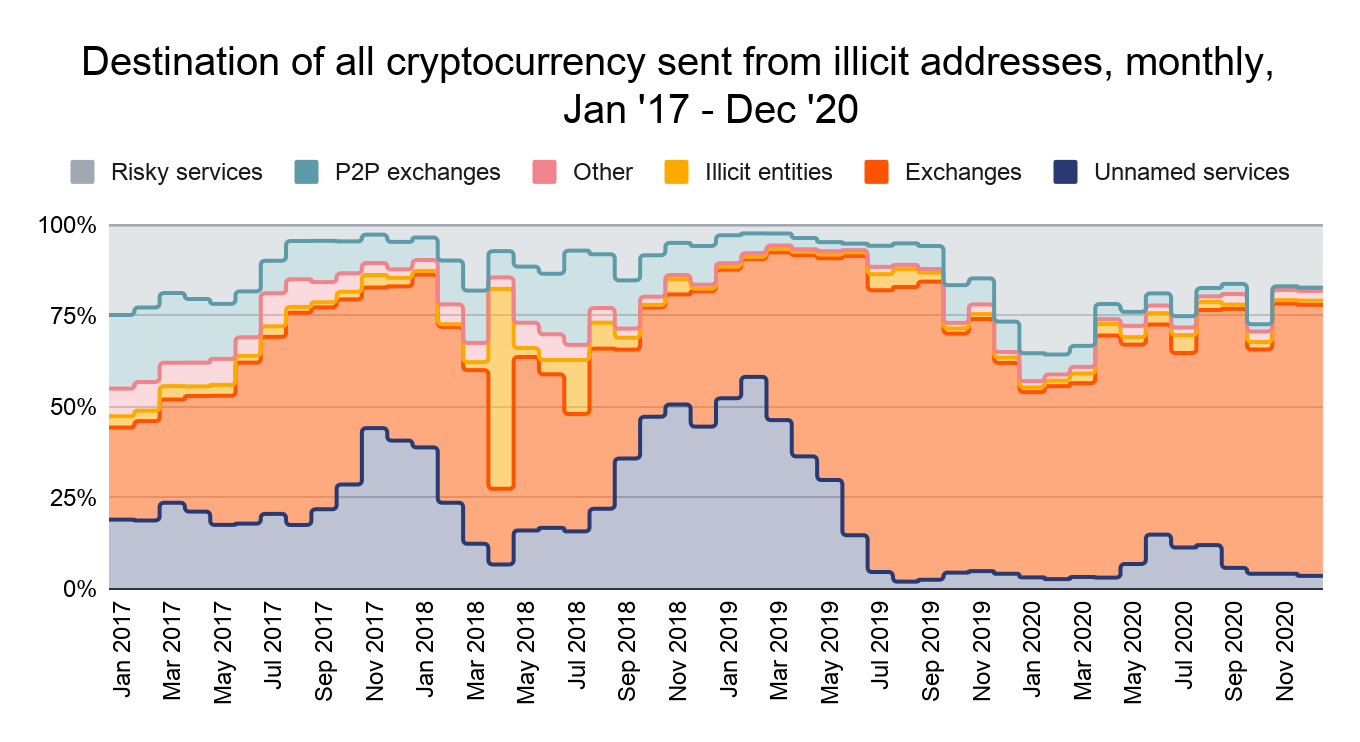 Throughout the report, Chainalysis emphasizes the need for investigators and law enforcement officials to take a closer look at some exchange addresses that are known to be associated with money launder. Chainalysis believes that scrutinizing these wallet address holders and the service providers that host the wallet addresses would deter criminals from using digital currency to facilitate crime.

“Law enforcement could significantly hamper cybercriminals’ ability to convert cryptocurrency into cash by identifying and prosecuting the owners of these deposit addresses,” said Chainalysis. “In addition, this shows that the services hosting these deposit addresses, most of which belong to nested services, need to be more diligent in their transaction monitoring. They too could make the cryptocurrency ecosystem safer by cracking down on the worst offenders.”

If you are looking for high-level overviews of the reports that come out of Chainalysis, then you are going to want to check out the CoinGeek Chainalysis Tag!

The first session of Bitcoin Masterclass Day 2 reviewed the issues surrounding blockchain, the law, and how human and code rules interweave and interact.

Prosecutors claim Sam Bankman-Fried's message to Ryne Miller and former FTX staff is "suggestive of an effort to influence" potential testimonies and a clear violation of standard bail conditions.

Amazon is in talks with blockchain companies to partner for the NFT offering, with likely partners from blockchain gaming firms, digital currency exchanges, and layer 1 blockchains, according to reports.