As fluctuations in trading value draw massive attention to cryptocurrencies, the deluge of new users is challenging the stability of cryptocurrency exchanges, forcing some of them to temporarily freeze new account registrations altogether.

For the last half of 2017, Bittrex has been struggling with handling the volume of users trying to register new accounts with them. As part of KYC (know your customer) compliance procedures, verification of new accounts were on a standstill for months, much to the frustration of new users.

In December 16, Bittrex finally released a statement saying new registrations are halted until the exchange finishes some upgrades that will help them cope with the heavy traffic. Cex.io followed shortly, saying they will “temporarily pause the registrations of new users, until we can guarantee the decent response time to each and every ticket or a verification request.” Adding to this list is Binance, announcing last week that they are also calling for a time-out.

While these exchanges made official announcements, Bitfinex chose a more subtle approach: new registrants now need an “invitation code” to get in. “Due to extraordinary demand, new accounts require an invitation code,” the form reads. Where such codes can be found, however, remains unknown, but they would supposedly be open for new registrations again on January 15. 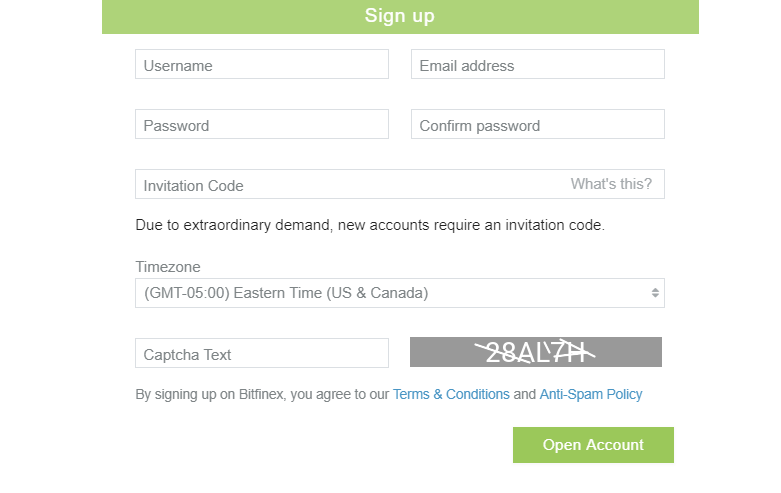 These exchanges are not the only ones struggling to keep up. Kraken reported a series of days with 50,000 new account registrations and 10,000 new support tickets in December. And Coinbase endured 100,000 user registrations within 24 hours from CME’s announcement of its inclusion of BTC in its futures trading platform.

As the mainstream population starts to get in on the cryptocurrency boom, some are out to take advantage of the situation. A report has been circulating saying some users are selling “fully verified exchange accounts”, which offer larger withdrawal limits. Beware of such practices, however. If the previous owner has set up the account recovery to loop back to accounts he has control of, this means whatever funds you have in the wallet are at risk.

Similarly, second-hand hard wallets are also unsafe. Reddit user u/moodyrocket lost his life savings recently after moving them to a second-hand Ledger Nano. Apparently, the previous owner set up the wallet so that it unlocks with a recovery seed he holds—not the one he gave the buyer, a trick called “man in the middle.” Suffice it to say, saving a few bucks in this case was far more costly.