The European Union (EU) is seeking to stamp out money laundering from the digital currency sector, and in its latest move, it will appoint a new oversight body to police the industry. According to a new report, the body will begin operations in 2024 and will be charged with stamping out money laundering in the region.

The European Commission is leading a cohort of regulatory bodies negotiating the design and mandate of the new oversight body. According to a Bloomberg report, the new watchdog is expected to start operations in 2024 and to be fully operational two years later.

Initially, the watchdog was meant to grant oversight to the riskiest cross-border entities such as banks and other financial institutions. However, a group of countries led by Germany wants digital currency companies to be included under the purview of the new body.

The European Commission’s initial proposal had made an oblique reference to ‘virtual assets,’ but Germany and its supporters want the mandate expanded to cover all areas of the burgeoning industry.

According to sources who spoke to Bloomberg, Germany’s proposal is being supported by Spain, Luxembourg, Italy, Austria, and the Netherlands.

As it stands, the proposals by Germany and its supporters haven’t been formally discussed by EU member states, and as such, it’s not yet clear if they will be widely supported. If the other members show support, the proposals will still have to go through the European Parliament for its final say.

“It is key that the scope of the new EU authority explicitly includes crypto-assets, given that this is one of the fields more prone to money laundering activities,” Luis Garicano, one of the EU lawmakers behind the proposal, commented.

If approved, Europe will, for the first time, fully delegate anti-money laundering (AML) responsibilities to a regional body. Currently, national AML bodies are in charge of cracking down on money launderers. While it makes the coordination easier, these bodies lack the all-round data and resources to fully crackdown on the launderers.

These insufficiencies have been on display in the past decade, with the region being rocked by some of the biggest money-laundering scandals in history. The biggest by far was the Danske Bank scandal in 2018, in which €200 billion (US$223 billion) was found to have been laundered from Russia, Latvia, and other sources through the bank’s Estonia branch. Described as the biggest money-laundering scandal in history, it led to drastic changes in AML procedures in Europe, with authorities becoming extremely vigilant since.

Nascent sectors in the world of digital assets were the most affected, with DeFi being hit by the worst cases of crime in the ecosystem. Scams and rug pulls were the biggest attack vector, with Chainalysis claiming that scammers made off with $7.8 billion in 2021. However, a big percentage of the funds lost to rug pulls can be attributed to Thodex, a fraudulent exchange that went down in April in Turkey with billions of investors’ funds. 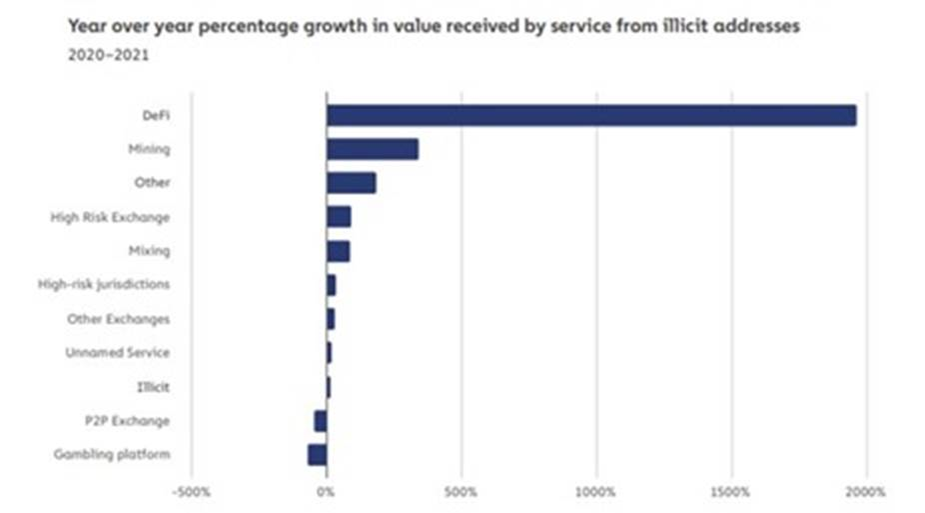