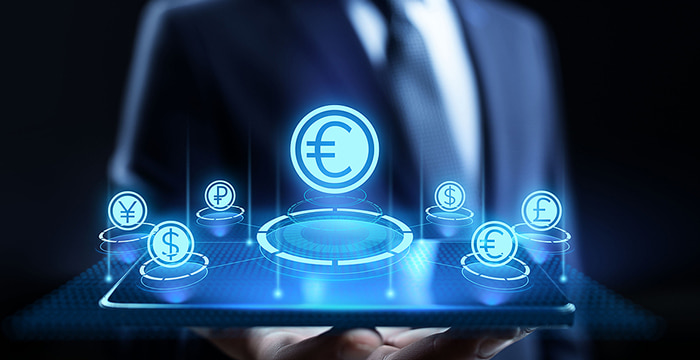 The European Central Bank is in the process of a consultation on a digital euro, with a decision on whether to move forward with the central bank digital currency set for January 2021. The ECB President Christine Lagarde claimed that she has a hunch the bank will move ahead with the digital euro and expects a 2-4 years’ timeline before it launches.

Lagarde was speaking during the ECB Forum on Central Banking 2020. Themed ‘Central Banks in a Shifting World,’ the forum focused on how EU central banks are handling the pandemic and the consequent economic turmoil it has unleashed.

In a panel with the Federal Reserve chair Jerome Powell and Bank of England Governor Andrew Bailey, Lagarde revealed that the ECB is cautiously optimistic regarding a digital euro.

The ECB has been studying the implications of a digital euro, Lagarde stated.

“…we launched a consultation in mid-October that will be completed in mid-January [2021], and at that point in time we will make a decision as to whether or not we go forward with the digital euro.”

She added, “My hunch […] is that we might well go in that direction, which doesn’t mean that the digital euro will be available right away. We are going to have to address all the issues of anti-money laundering, countering the financing of terrorism, privacy of users, the appropriate technology that we will build on and more.”

While the decision on whether to move forward with the digital euro is just two months away, the launch could take much longer. Lagarde, who is the former managing director of the International Monetary Fund remarked, “This is a project that will take us 2-4 years before it’s launched.”

She pointed to the People’s Bank of China’s digital yuan efforts which have been ongoing for five years. As CoinGeek reported, China’s biggest testing of the CBDC is set to take place in Beijing in the near future.

For the U.S. Federal Reserve, a Fedcoin is a distant possibility, Powell revealed. The U.S. has been committed to study a CBDC, partnering with the ECB, the BIS and other central banks in the CBDC study. However, Powell stated that “we haven’t decided to issue a CBDC and we think there’s quite a lot of work yet to be done.”

Powell further pointed out that the Fed has a bigger task in studying central bank-backed digital currency than all other central banks as the U.S. dollar is the de facto global reserve currency. In addition, the U.S. has a “safe, effective and dynamic payments system.”

See also: CoinGeek Live panel on The Future of Exchanges & Trading in a Tokenized World

Bank for International Settlements found that payment system efficiency is the key motivator, but unlike other regions, African central banks see CBDCs as a great tool for monetary policy.