The Financial Conduct Authority (FCA) has released its Cryptoasset Consumer Research 2020 report, which was commissioned to gain insight into the size of the digital asset market in the United Kingdom, as well as to identify potential risks that investing in digital currency may have on the population. Here are some of the financial regulator’s key findings.

What the FCA discovered 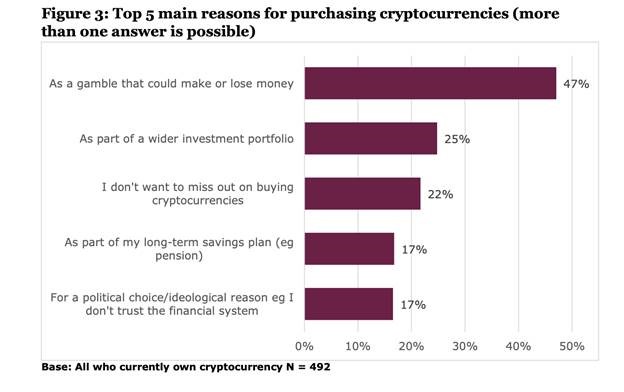 What might come as a surprise is that a majority of digital asset owners in the U.K. are not purchasing digital currency from a broker, exchange, or over-the-counter the country. According to the research, 83% of the individuals surveyed purchased their digital currency through a non-U.K. based exchange.

How are people learning about digital currency?

According to the FCA’s research, more and more individuals in the U.K. are learning digital currency through various media outlets. 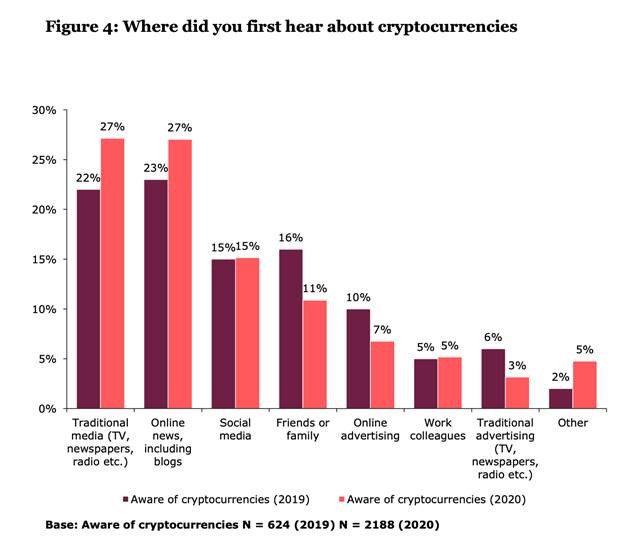 Although the number of residents who own digital assets is small relative to the U.K.’s population, awareness of digital currency in the U.K. is indefinitely on the rise. According to the research, marketing efforts are to thank for this increase in awareness. Marketing channels are increasingly becoming the avenue where individuals are first learning of digital currency.

The FCA’s Cryptoasset Consumer Research 2020 report is full of insights regarding U.K. resident’s attitudes toward digital currency. You can find the FCA’s full research report by clicking here.