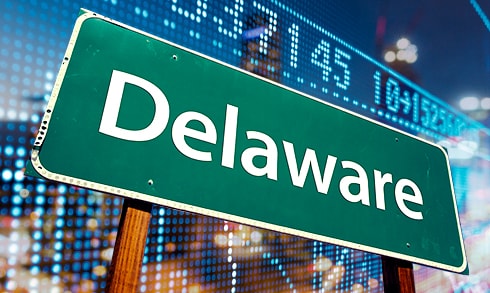 The legislature of the state of Delaware has approved landmark regulations that will see blockchain trading acquire legal certainty for the first time.

The move comes at a time of an increasing drive towards regulation at a state level across the USA, as authorities look to shore up the legal position surrounding this emerging technology.

The new law, in the form of amendments to existing state statutes, has made the right to trade stocks and securities via the blockchain explicit for the first time, as well as recognizing the legal status of a number of other records on the blockchain.

The law was passed at the last gasp prior to the summer recess, and passed with an almost unanimous vote from the house.

Considered to be the last hurdle towards statewide adoption of more formal recognition of the blockchain, lawmakers hope the amendments will help create the right environment for developing blockchain technology, while fostering commercial and financial interactions with the technology.

Famed for its corporate-friendly legal system, with more registered companies than residents, the move puts Delaware at the forefront of regulating this emerging space, which analysts suggest could radically overhaul corporate finance.

Trading securities on the blockchain is one of many commercial functions that can be improved by distributed ledger technology. Now, with legal recognition written into state law, companies, investors and developers alike have a sound footing on which to build.

The bill proposing these amendments was originally launched last year by Governor Jack Markell, and has been developed in conjunction with blockchain startup Symbiont and blockchain legal specialists at law-firm Cooley LLP.

Caitlin Long of Symbiot said that the bill is ‘big for Delaware’, and could pave the way for financial services companies in particular to benefit from the end-to-end digitization afforded by blockchain technology.

“The bill solidifies its leadership in corporate registry services by enabling end-to-end digitization for administration of securities. Banks are eager to use the automated filing procedures it enables for liens on collateral.”

It is thought that the new legal measures could provide the groundwork for major stock issues on the blockchain, with the potential to fundamentally reshape how businesses in the state access capital in future.