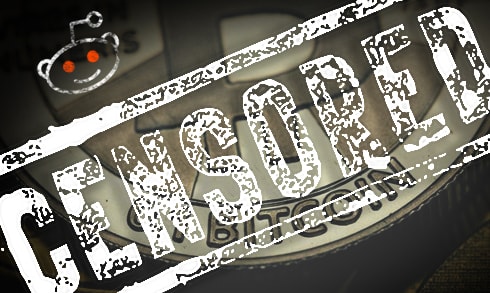 Home » footer-menu-left » How deep does the rabbit hole go?

In my article titled “Bitcoin is under attack because it is a threat”, I specifically made mention of the incompatible relationship Bitcoin has with an organisation like MasterCard. There’s no way of twisting this around. Bitcoin as a P2P money system is in direct competition with MasterCard, VISA, Paypal, Western Union and the rest.

Now on one hand you have MasterCard, actively funding for the implementation of Segregated Witness, by funding Barry Silbert’s Digital Currency Group, which brought forth the New York Agreement for Segwit2x.

So when a product’s development is being funded by a competitor, it can only mean one thing. “Takeover.”

Take Rob Reeg’s quotes on the subject. He is the president for operations and technology at MasterCard. He says:

“It is an interesting technology and we are working on it. I personally don’t care about Bitcoin, but I do care about blockchain technology.”

This line has been paraphrased numerous times. Effectively downplaying Bitcoin at every turn, but talking up the technology behind it at every other turn.

If you have the time, it’s very well worth watching President South East Asia for MasterCard Matthew Driver’s speech on the topic. Driver lists a large number of concerns he has with Bitcoin, and specifically attacks the anonymity front of Bitcoin.

Of course, talking up Bitcoin in 2014 would have meant giving credit to the competitor. Except – credit IS what is being given today… MasterCard funds DCG because MasterCard wants Segregated Witness online. Because by removing the P2P component of the main chain, you suddenly have a settlement layer that is quite useful for financial institutions, and with high fees due to restricted blocksize (even at 2MB), it forces a majority of the population onto second layer solutions.

If such financial organisations simply wanted a secure blockchain to implement such technologies on top of, then they could simply have opted to go with Litecoin, which has a decent marketcap (bigger than what Bitcoin had when Blockstream came in power), also has Segwit online right now. But LiteCoin is not the competitor here. Bitcoin is.

And so on the other hand we have AXA and many others funding Blockstream, which failed to galvanise a community and implement Segwit to enable second layer functions on the protocol.

I’ve written about this before, but here it is again – Blockstream’s survival depends on the fulfilment of its funding purpose: to develop sidechains, and second layer protocols. It’s for this reason that the implementation of Segwit is of absolute necessity to the survival of Blockstream.

So if DCG implements Segwit, it actually fulfils Blockstream’s funding purpose. From then on, Blockstream can implement their patented second layer solutions.

There’s been a lot of talk that if Segwit2x activates, it would mean Blockstream are out of a job.

UASF and Segwit2x are a dual effort to make something appear better than it really is. It is a way of creating a terrible compromise, seem half good.

Blockstream are not concerned by the NYA, nor Segwit2x. Why do BS/Core aligned forums not censor Segwit2x topics? By all means, all other forks or implementations of Bitcoin are very heavily censored. In fact, on reddit’s r/bitcoin, talk of altcoins is strictly prohibited, but LiteCoin had great advertising material throughout it during its Segwit campaign. When ‘Bitcoin Cash’, or Bitcoin Unlimited are strictly prohibited, but Segwit2x talk is welcome, you have to ask why…

They’re all on the same team, seeking the same outcome.

Big blocker miners have been played. Admittedly by the masters of social manipulation and censorship.

The attacks on big blockers continues. Coinbase for example recently sent their customers an email advising they will not be honouring the ‘Bitcoin Cash’ (which they only referred to as UAHF) fork, and practically telling users to leave their service if they wish to get their coins.

What Coinbase don’t tell you in the email is that they get to keep money that should have been yours.