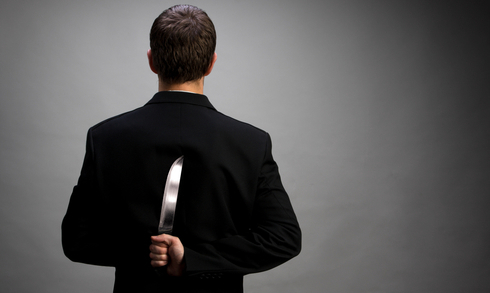 It is a fairly long-held belief that the folk behind Bitcoin Core are in the pay of the big banks but that could be a positive, they could be trying to make it recognized and ‘trusted.’

But, some take it further and say Core are actually trying to subvert Bitcoin and here at CoinGeek we refused to print conspiracy theories and asked for evidence. What we got was strong evidence, written, documented evidence.

Hang on, that doesn’t PROVE they are sabotaging actual code, though. No indeed, but, panic not, we have strong evidence on that too:

Here we can see them slipping new signatures into the code, and again here:

Huh? It’s not easy to get a grip on but it’s certainly appears that they are subverting the system update by update. [Those that get code may leave, those that need a little more background can join our section, unimaginatively, called ‘The Background’].

The cap is forcing fees up. This is making Bitcoin slower and less able to be a cash system. The cap is all this is stopping growth, not technology, just a number that can easily be increased.

Like anything to make Bitcoin work, it needs users. There is a reason not to scale. It makes Lightning and Segwit competitive (Both core elements of, er Core).

Lightning is all about creating a global credit network which then ties funds up for 6 months or so. How many people have 6 months available to place into a bank? The alternative is, of course, that you loan the funds.

The problem is elasticity of demand. People do not care that they use Bitcoin, they want low cost financial services. That is cash based ones. Changing to a credit system is not the answer.

OK, so what is clever clogs?

Now, inevitably, an ‘AltCC’ will find similar enemies along its path and (yes, we declare a bias here) we feel Bitcoin has come so far that it would be a shame/waste to go back to the (near) beginning again. Especially, as mentioned, similar highwaymen will remain on the roads regardless of the version offered.

This area will grow, it is just will it be Bitcoin or an AltCC?

But then, maybe this is what they desire? The evidence at the start of the piece strongly suggests that is the case. We say proves it.