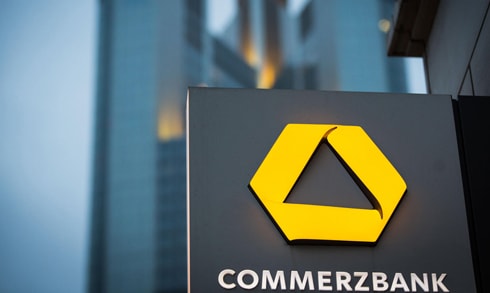 Commerzbank, one of Germany’s leading commercial banks, has announced it is working to develop trials of a new blockchain to be used in digitizing trade finance arrangements.

The bank announced yesterday it was working in partnership with the Fraunhofer Institute for Material Flow and Logistics (IMI), a German/Chinese organisation that works on supply chain consultancy.

The collaboration between the two organizations is designed to lay the groundwork for the development of a blockchain solution that could facilitate more fluid trade finance arrangements, with the potential to reduce costs while ensuring more efficient cash flows throughout supply chain networks.

While Commerzbank is far from the only organization pioneering efforts to shape new blockchain technologies in this area, its successful development would still be regarded as a watershed for the tech.

Head of corporate trade finance at Commerzbank, Dr. Bernd Laber, said the innovation ties in with the company’s broader efforts to develop and exploit the potential of the blockchain.

“We are working on several projects and in a number of consortiums also with other international banks on the digitization of bank products and bank services, and on applications for blockchain technologies. As a corporate bank the focus on future supply chains of our customers is of paramount importance and we will develop this in co-operation with Fraunhofer Institute.”

The project remains in its infancy, and at an early stage of development, with Commerzbank focusing on conceiving potential supply chain scenarios for trade finance, on which to base their joint development work.

While there are no fixed timescales as yet published on the project, it is hoped that the development will help further efforts in exploring the potential of blockchain technology in the trade finance space.

V Subramaniam, Director of Reliance Retail, said that accepting digital currency at their stores aligns "with the company's strategic vision of offering the power of choice to Indian consumers."