Home » Business » CoinGeek Zurich: Why blockchain is the only tamper-proof technology for pharma industry

Veridat’s Managing Director Phillip Runyan shared his thoughts on data integrity, a much-needed component in the healthcare sector, at the CoinGeek Zurich Conference in Switzerland. Presenting a talk on “Data Integrity & Blockchain: Improving Pharmaceutical R&D and Supply Chain,” Runyan shared the story about how a business partner sought his help in 2019 to build a data validation service for his contract research organization called Juvatech.

Juvatech works with pharmaceutical companies in the pre-clinical drug trials, assisting them in identifying targets of research. However, Juvatech needed data to be completely reliable, and the only way it was possible was to put the data on chain. 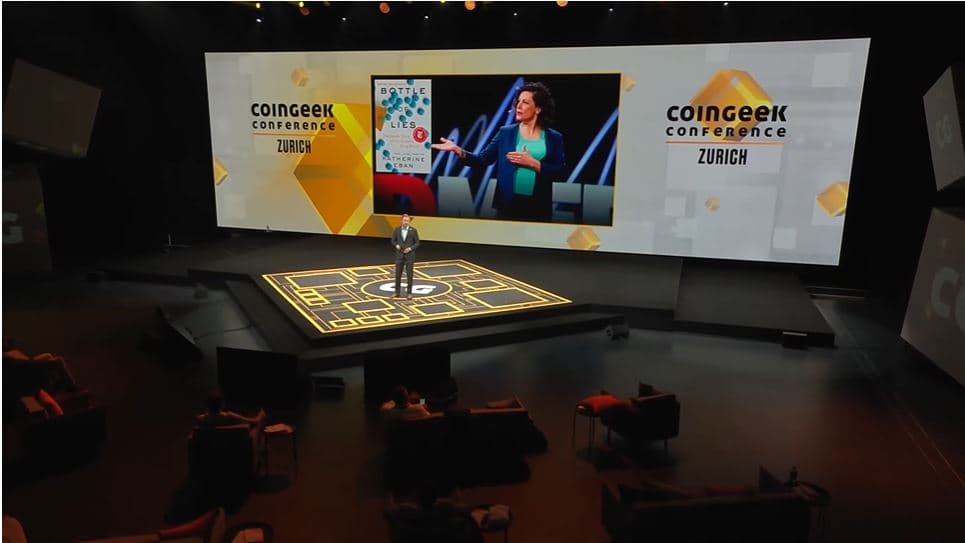 During the research, Veridat came across the book “Bottle of Lies” written by Katherine Eban, which contains hard-hitting information about loopholes in the generic drug industry. For example, while explaining a workflow of Juvatech, Runyan said:

“This model can be applied to manufacturing and quality testing. First, an operator creates metadata that supports drug trials and quality. Then, Veridat digests that data, generates cash from content, and saves that transaction into BSV. When the experiment completes, the content of the resulting data file is hashed and has proof of the original state of the files. Iterations, if any, are also captured before they can be edited and added to the record. You gain the ability to assemble individual transactions into one consistent res record, which streamlines audits.”

He explained that the pharmaceutical industry should follow the same process, but that’s not the case. The counterfeit pharmaceutical market is $250 billion per year. The lower and middle-income countries (LMICs) are just trying to get legitimate vaccines for AIDS and cancer. At least 42% of detected global cases for substandard and falsified pharmaceuticals occurred in Africa alone. Displaying a geographic distribution chart of substandard and counterfeit antimicrobials, Runyan revealed that Asia and Africa rank as the highest recipients of these substandard therapies. This issue has even caught WHO’s attention and has given it a designation—SSFFCs.

SSFFCs cause several preventable deaths in countries like Africa and decrease confidence in the efficiency of the medications. In addition, they pose a risk because of their fast transmission rate. The current solutions, such as mass serialization and tracing/tracking, are fundamentally still flawed. Barcodes are forged and put on “fake drugs,” the countries that are providing substandard drugs make their way into the supply chain even without the interference of critical third parties. 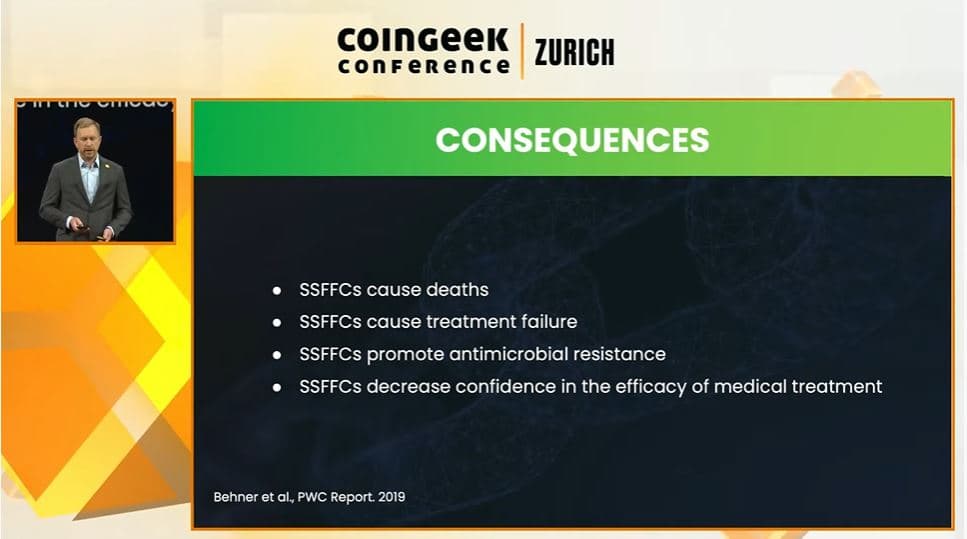 The supply chain (data) is siloed, allowing easy access to counterfeiters. But by using blockchain services, anyone can identify and trace drugs from end to end, and counterfeiters are easily detected. Runyan described the BSV blockchain-based workflow of Veridat of how a drug travels from the manufacturer to wholesaler, then to the pharmacist that finally delivers the drug to the patient. Upon receiving the medicine, the patient can track all the transactions that occurred along the journey, including raw material, manufacturing code, etc. That provides them a sense of confidence that the medicine they received is credible.

Explaining the solutions blockchain can offer, Runyan describes that this technology is trusted, decentralized, and tamper-proof. It allows us to prove the true validity of therapy’s quality and authenticity, starting from the manufacturing and supply chain and, eventually, customers.

While ending the presentation, Runyan said: “The blockchain technology at Veridat, I feel, is the solution that we all deserve for tomorrow.”