CoinGeek’s Charles Miller chaired a discussion on Building Business Applications on BSV blockchain at the CoinGeek Conference in Zurich. He was joined by Robin Kohze, co-founder and CEO of Vaionex; Jackson Laskey, co-founder and CEO of Unbounded Enterprise; Chris Fonal, CTO of Code Poets; and Rafa Jimenez Seibane, CTO of HandCash, to discuss how their businesses were operating in and around BSV enterprise blockchain.

Kohze said Vaionex was committed to providing the infrastructure for Bitcoin development, making it easier for developers to access the features they need on the blockchain. His company’s offer lies in identifying major pain points and simplifying them for developers, so it only needs to take a day or two to build new products. The goal as he sees it for BSV blockchain is to create a sustainable, competitive ecosystem in which many different products flourish.

He said the BSV enterprise blockchain was also designed to allow developers to take advantage of the micro payments functionality, which presents a great commercial opportunity with the fees for microtransactions being so low. 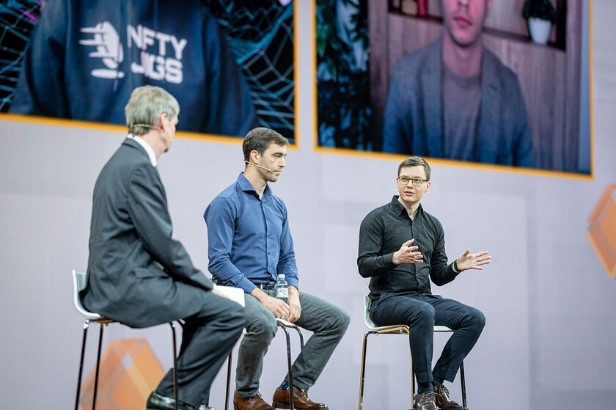 Kohze said that once you have built on BSV, developers will see for themselves how it has all the properties they require, plus the stability necessary to deliver the optimum platform for app building.

He recommended starting at the coding level, before moving onto the protocol level, to see if the technology works for you. Soon most apps will run on BSV stablecoins, so the ups and downs of the BSV ticker are largely irrelevant. For Kohze, the competitive advantages are already there over other blockchains, with ultra low fees and the flexibility to deliver strong applications.

Jackson Laskey, co-founder and CEO of Unbounded Enterprise, echoed the sentiments. He said that BSV was about igniting the power of data, with the help of micropayments, to build bigger and better applications. The mission to drive Bitcoin adoption in his view is to make it as simple as it can possibly be. This is happening fairly quickly, with companies like his focusing on making adoption more streamlined and more worthwhile for those that are looking to build on the platform. Ultimately, he said it comes down to creating the right applications for consumers that drive adoption, which then inspires other developers to get involved in the ecosystem for themselves. Chris Fonal, CTO Code Poets, came from a slightly different angle. As a developer working for CENTI with Bernhard Müller, his dev team are not natively BSV—instead, they are learning about BSV and the community, treating it as a programming language with its own capabilities, as distinct from other platforms. He noted as a platform agnostic that BSV has incredible payment capabilities, as well as other functions that make it an appealing choice for developers building out practical applications on the tech.

HandCash CTO Rafa Jimenez Seibane shared similar views, noting that teams he had introduced with no skills in developing for Bitcoin were able to release apps to market in just a few weeks, thanks to the ease of BSV. This allowed for the testing of new business models etc., with the team very happy with the flexibility and ease with which this can be done. 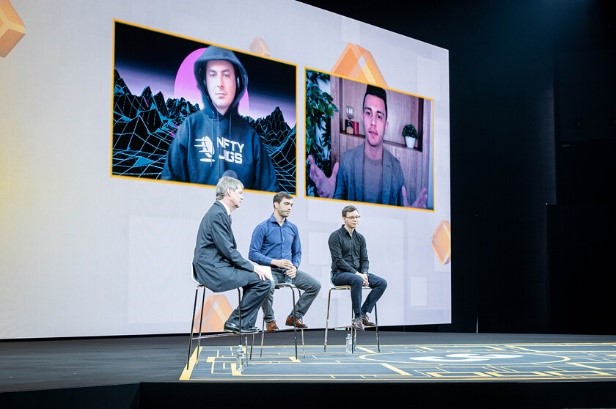 The most attractive features as Seibane sees them are the advent of nanopayments, which are only possible on BSV, along with the removal of data silos across different systems. He suggested this is where developers and entrepreneurs building for Bitcoin SV would find the most value in their creations, which in turn would inspire others to take advantage of the benefits building for Bitcoin SV brings.