Blockchain media need to stop talking about token prices going to the moon and start talking up use cases if the general public is ever going to take the sector seriously. 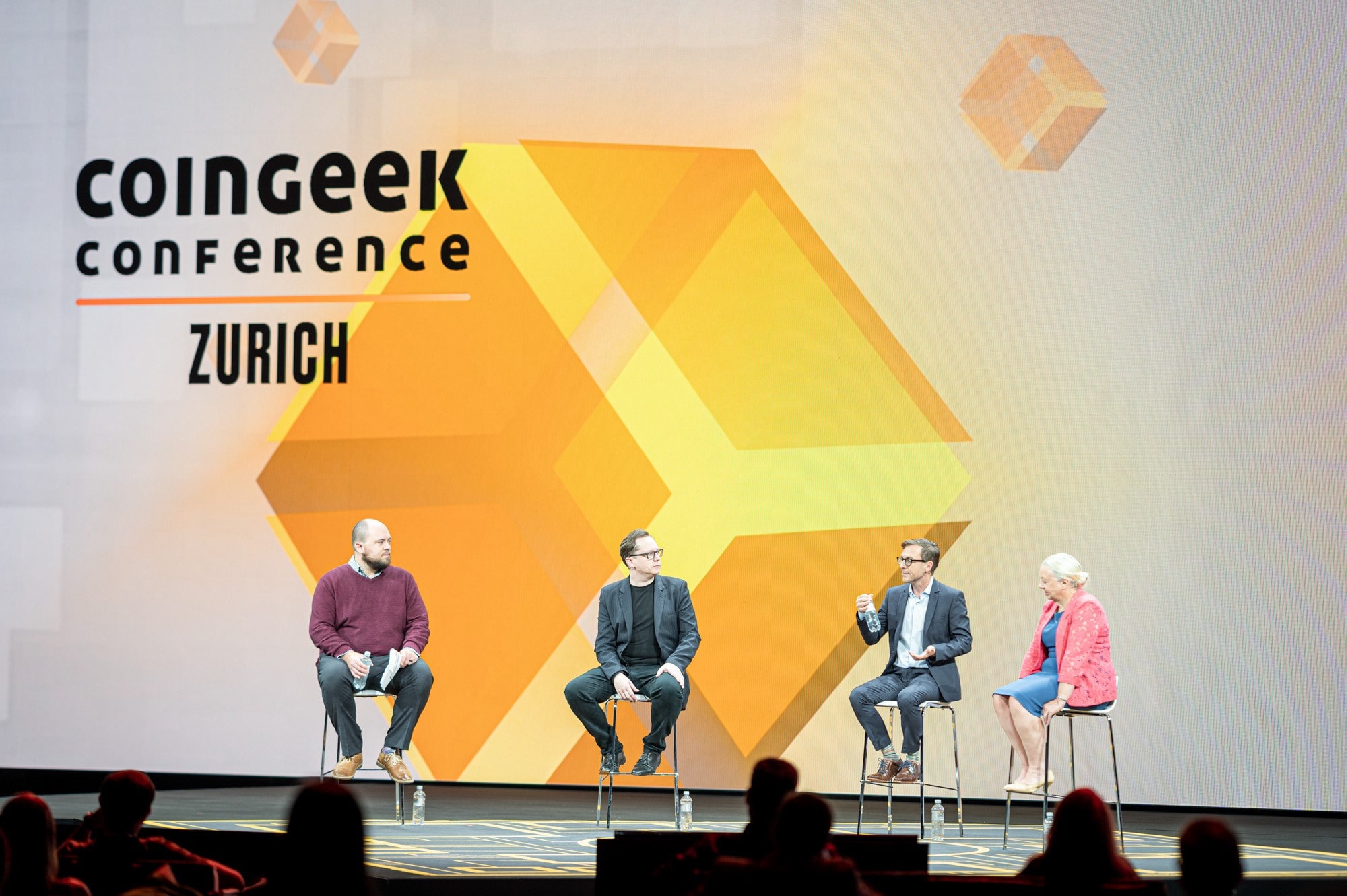 Wuckert kicked off the proceedings by acknowledging the massive conflict of interest that inhabits much of the crypto media. Someone reviewing consumer products shouldn’t be an investor in the product under review, yet crypto writers have an innate curiosity about the space, which leads them to invest money into certain tokens, which in turn leads to the effective surrender of any claim to impartiality.

Brown noted that she’d purposely never purchased any digital currency in order to remain “vendor neutral.” Her first blockchain-based article was about the BSV-based social media platform Twetch, but she didn’t have any money to post any Twetches. Someone gifted her $5 worth of BSV so she could get started, but she felt so guilty she immediately onboarded someone else to the platform and paid it forward. All the BSV she’s amassed since then have been earned by using the platform.

Büsser jokingly questioned his ability as a writer to significantly alter the trajectory of a digital currency market worth $1.5 trillion. His sole crypto holdings were acquired from a Bitcoin ATM at a conference in 2014. As a lark, Büsser put CHF20 into the machine, which spat out a piece of paper with a QR code that he promptly forgot about. He found it last Christmas while cleaning his house, discovered it was now worth CHF2,800. All in all, not a bad Christmas present. 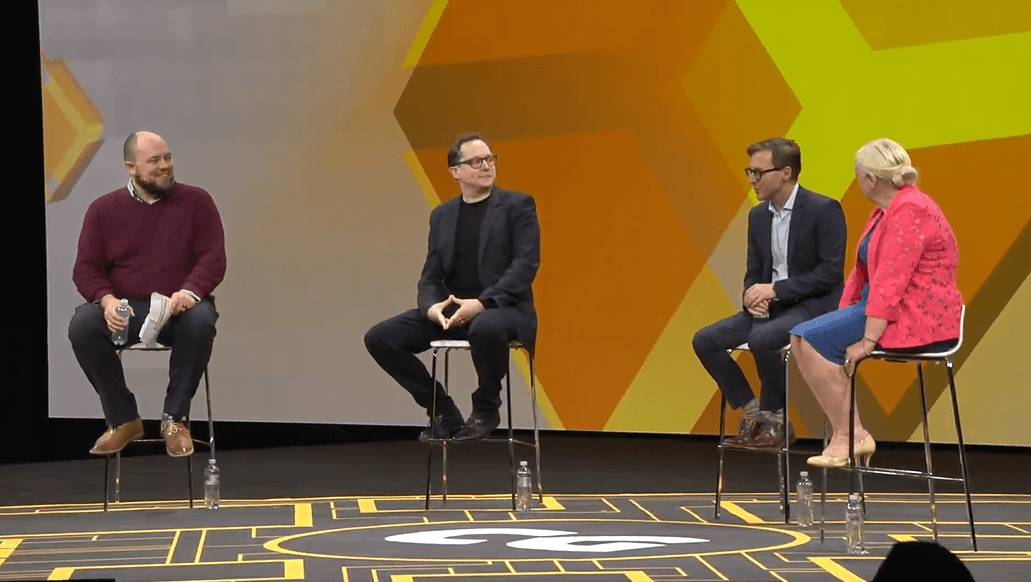 Ade’s sole BTC holdings came courtesy of a lunch with a crypto expert about 5-6 years ago at a restaurant that only accepted cash. The expert didn’t carry cash, so Ade said he’d pay the tab. The expert then told Ade to open a crypto wallet and later that night transferred just enough BTC to cover the CHF20 tab.

Ade’s publication is investor-focused and does its own equity research, but while there are strict rules that writers can’t have stakes in the portfolio of companies they’re tracking, those rules don’t (yet) apply to cryptocurrencies. Despite the modest amount of BTC that Ade received after that lunch—which he says has since “developed quite nicely”—Ade believes he’s managed to retain his editorial independence.

Duffy took an alternate stance, believing it’s important to show you are an investor when writing about certain cryptocurrencies. If he invests in certain tokens, it’s because he’s passionate about them, which pushes him to learn more about their CEO, team, technology and governance. Duffy also believes it’s important for him not to be an “armchair investor.” But whether he has $1 or $1 million invested, he has his personal integrity, and that leads him to do the right thing for his readers and listeners, which is to be proactively digging all the time, the same way a financial journalist would do with stocks.

Sticking with the question of impartiality, Wuckert noted that many major organizations in this space don’t attempt to disguise their biases. For example, Wuckert acknowledged that CoinGeek was unabashedly pro-BSV, while sites like Bitcoin.com look favorably on BCH.

But Wuckert wondered if the general public understood that a site like CoinDesk—which he described as ‘the voice of the blockchain economy’ for many people—is owned in part by the Digital Currency Group, one of the largest players in this investment space, which also holds stakes in exchanges such as Coinbase and Kraken, and thus has its own agenda to push.

Wuckert asked whether crypto media could move away from these perceptions of conflict of interest that leave readers wondering if they can trust the information they receive from many of these thinly veiled “buy now” articles. Are they being educated or being sold something? Is this news or propaganda?

Wuckert noted that BSV was building an enterprise-grade infrastructure, and yet there are legions of digital trolls referring to BSV as “the big scam,” despite Wuckert saying he’d personally never told anyone to buy BSV. Wuckert wondered how crypto media might break through the current mainstream narrative that labels most crypto projects as scams. Büsser said it was a journalist’s job to point out scams when they see them. Büsser said he’d written three or four stories on scam projects but lamented that of the 4,000 digital currencies in Switzerland, around 3,900 of them were “absolute nonsense, at best.” Büsser would like to see more involvement from entities such as Swiss-based Bitcoin Association to properly delineate industry standards so people can see for themselves who’s coloring outside the lines.

Brown said if she was working for an enterprise or government organization, she’d have little interest in people constantly shouting about enormous money-making potential. Technology will ultimately prove to be the antidote to the ‘investment advice’ mantra currently pushed by media outlets.

Brown wants to see stories about a credible line of business applications on a secure, well-managed infrastructure that ensures no more than five minutes of downtime per year. Demonstrate your capacity to deliver that, and industry will follow.

Asked about the biggest challenge in educating audiences about Bitcoin and blockchain, Ade noted similar difficulties with educating the general public about the internet in its early days. The challenge is to communicate what blockchain makes possible while trying to downplay the “to the moon” token price obsession.

Büsser said he once used an image juxtaposing a sausage and a cow to explain that you can turn a cow into sausage but not the other way around. He did this to show how blockchains move in only one direction but an expert quoted in the accompanying article reportedly found this silly. Büsser expressed a general weariness about many of the blockchain experts he interviewed for caring more about impressing other experts than educating readers.

Brown said the average person reacts negatively to the term ‘cryptocurrency’ because it implies secrecy, despite the very public nature of each blockchain transaction. It was important to emphasize that Bitcoin is a digital currency, not a cryptographic currency.

But Brown’s biggest concern is the lack of credible case studies. Her readers have no interest in showboating cypherpunks, they want to know how a company implemented some technology and how other companies might implement the same across their operations.

Büsser concurred, marveling at how you could see Tesla cars driving down Zurich streets—a tangible use case—and yet the company is worth only about one-third of the total digital currency market cap. Bitcoin, all you see are adverts on the sides of trams about how to buy it.

Duffy agreed that the focus needs to steer away from its current fixation on token price movement but believes the technology needs to become much more user-friendly if real breakthroughs are to be made with the general public.

Duffy added that one of the major issues confronting the digital currency sector is that it’s way too tribal. Its adherents tend to view themselves as a subculture and the mainstream media is only too happy to paint them as such. As a result, the general public finds crypto adherents a bit weird, like trainspotters or stamp collectors.

Duffy referenced the toxicity, profanity and general mayhem on display at the Bitcoin Miami conference earlier this month, saying it provided ample fodder for media critics to smear the whole sector while utterly ignoring the technology. Duffy noted the absence of similar antics in Zurich, citing it as an example of how the sector might move beyond its current reliance on the CoinDesks and CoinTelegraphs and start banging on the doors of the Economist and the Telegraph.