Remember back in the day when you would walk into a store and buy a DVD if you wanted to watch a movie at home or a record if you wanted to listen to your favorite music? It seems like forever ago in a world where streaming has changed music and movies. And while streaming has solved many of the pain points that the former system had, it has taken away any form of ownership. Tony Mugavero is out to change this and give consumers ownership of the content they pay their money for.

Tony is the co-founder and CEO of Rad NFTV, a relatively new player in the BSV blockchain ecosystem. He joined Patrick Thompson for CoinGeek TV on the sidelines of the BSV Global Blockchain Convention to talk about how his company is using NFTs to change the streaming culture.

“We’re building a streaming platform for Web3,” Tony told CGTV. His platform has been working with major movie studios and broadcasters as well as smaller and independent creators. It also has a consumer-facing app that allows users to watch this content. 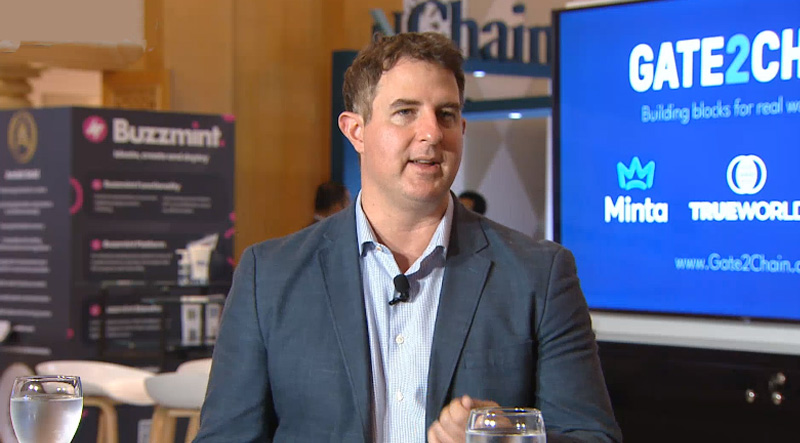 Tony took aim at streaming platforms and the effect they have had on the content landscape. From Netflix and Prime Video to Spotify and Disney+, streaming platforms have become so ubiquitous that we no longer question their content distribution model.

Before the rise of streaming platforms, consumers would purchase DVDs and records to consume content, giving them a sense of ownership. Today, the streaming model is built around renting, which is what Rad NFTV is out to change. Tony believes that in the recent past, consumers have started questioning this model in which they pay so much money but don’t end up owning anything.

The streaming platforms haven’t only affected the consumers. In the past, content producers could sell their content and make the money upfront, such as a music artist who would sell their records and get the money. Today, they rely on getting a fraction of a penny once someone streams their music. The big winners are music streaming apps like Spotify, which end up pocketing most of the proceeds.

Using NFTs to open up a world of possibilities

Rad NFTV allows content producers to package their content as NFTs and then sell it directly to the consumers, allowing them to finally get the rightful compensation for their hard work.

“…you’re connecting directly with the artist and you’re buying into more of a community as a fan. So, the fandom can really grow around the intellectual property because the fans are actually buying into the artists,” Tony explained.

Rad NFTV started out as a streaming platform in the virtual reality world. However, this market slowed down around 2017, which got Tony and his team on the hunt for the next innovation. They started building a content marketplace on Ethereum in 2018, relying on smart contracts to automate the entire process.

Before long, Tony realized that Ethereum couldn’t deliver over time, “it just got more expensive and slower and harder to use.” With gas fees hitting as high as $100, Ethereum wasn’t feasible for Rad NFTV’s model. The team started exploring alternatives, landing on Bitcoin SV as the best solution as it scales unbounded and has very low fees.

As Tony revealed, Ayre Ventures played a big role in its migration to BSV blockchain and has even invested in the startup.

Currently, the Rad NFTV team is fine-tuning its migration to BSV. It’s also working on integrating with its client applications, ranging from PlayStation, the iOS marketplace, Android TV, and more.

“We’re making it easy for video creators to use blockchain and do it in a way that is cost-effective and high-performance,” Tony concluded.

Ayre Ventures has thrown its financial support behind Buzzmint to further the development of utility-focused non-fungible token projects.

Ayre Ventures Managing Director Paul Rajchgod laughed off claims that the BSV startup ecosystem is Ayre Group-centered, noting that the firm has only invested in about 20 out of several hundreds.

The report by KuCoin exchange also revealed that while blockchain is a male-dominated field, women are taking the lead in Web3—and this could lay the foundation for its success.