At a time when the world has woken up to the dangers of allowing tech giants to mine their data and monetize it, Day 2 of CoinGeek Live highlighted how Bitcoin SV is offering a better alternative. A panel consisting of some of the leading content creators delved into how content creators can move on-chain to make money in the digital era.

Morehouse was joined on stage by Eileen Brown, a social media consultant and blogger with tech outlet ZDNet as well as Douglas Rushkoff, a media professor at Queens College and best-selling author.

Brown learned about Bitcoin years ago while covering the struggles of people who lost their private keys. However, she looked past the struggles and discovered a world of possibilities built on Bitcoin SV. Her interest led her to discovering BSV-powered content creation platforms, starting with Twetch and later PowPing.

Earlier on in Day 2, Twetch, True Reviews and TonicPow had talked about how they are changing the lives of their users with Bitcoin SV and attracting thousands of users as a result. The panel delved into this as well, with Morehouse urging content creators to stop allowing a few individuals to benefit from their hard work. 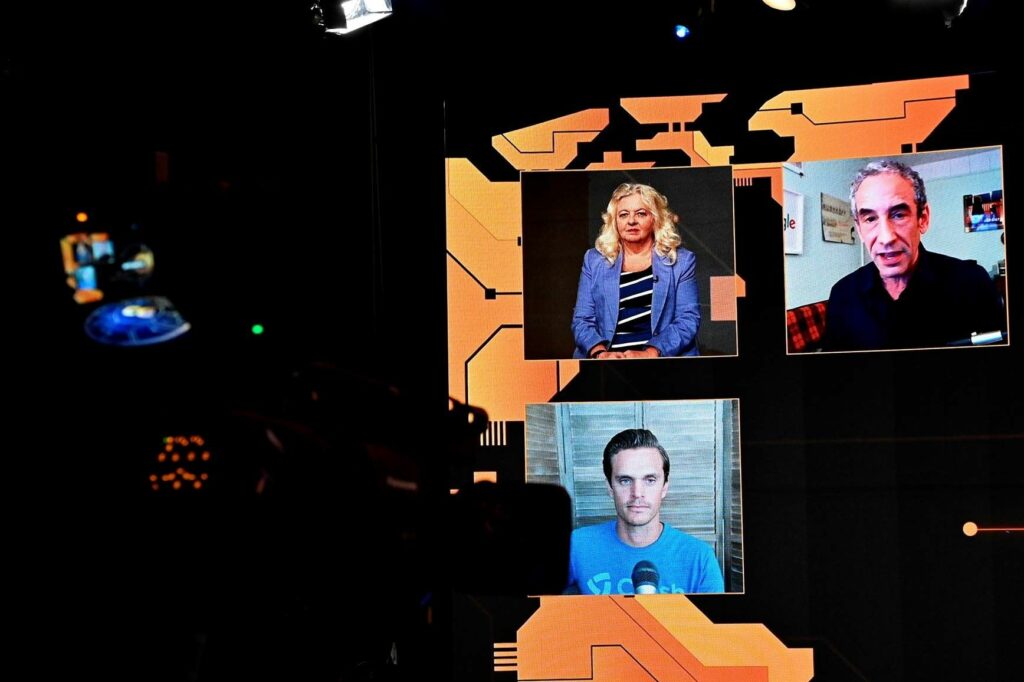 “You need to experience it and see how amazing it is. So everyone who is a content creator, come over to Streamanity and attempt it,” Morehouse stated.

Rushkoff took a look back at how content creation and publishing has evolved in the past few decades. Just over two decades ago, only a few people could publish their content, but then the Internet came along and changed everything. However, in the past two decades, tech giants have monopolized the Internet, gaining from the efforts of their users. Only Bitcoin-powered platforms can change this, finally giving the users the ability to own and monetize their content.

On attracting the masses, Brown called on app developers to create systems that make it easier for their users to onboard. She cited HandCash as one of the platforms that have made big leaps in making it easy to onboard users to Bitcoin, referring to the wallet recently going keyless and abandoning the tedious and complex seed phrases. In addition to rewarding content creators, Bitcoin also finally provides a solution to Internet trolls. With every post being charged a very small amount on BSV platforms, trolls and bot-generated content can finally be rooted out. Twetch, for instance, introduced a troll toll earlier this year, allowing its users to determine a fee which another user they consider a troll must pay to interact with them. This ends up deterring the trolls as they must pay a user to troll them.