Not too long ago, government officials in China considered blockchain mining a pariah which wasted natural resources and threatened their monetary system. Starting 2019, the central government policymakers feeling on the groundbreaking technology softened. Fast forward to today; China is now actively promoting itself as the hub for companies in this sector.

The motivation behind this alternative approach remains unknown. Its impact is now starting to show as local municipalities and regulators are offering incentives to reinforce and boost the local block reward mining industry as part of the fallout from the BTC halving.

The embrace of block reward mining includes PR campaigns from local officials touting their area as a destination for companies setting up mining facilities. The industry’s legitimization enables it to come in from the shadows to offset economic losses caused by the COVID-19 pandemic.

Many of these initiatives are coming from city officials in China’s Sichuan province. The area’s cold climate and rich in hydropower resources have made it the world’s largest concentrations for ASIC mining.

​In a symposium presided over State Party Secretary Liu Chengming, Garze Tibetan Autonomous Prefecture officials said they would use the advantages of the local territory and speed up building a hydropower consumption park. Liu said, “It is necessary to regard blockchain technology as a basic and strategic project.”

After March’s BTC selloff, prices have been struggled to stay above a breakeven point for block reward miners. As a result, mining farms that offer hosting services are struggling to find clients to fill their capacity.

Another part of the strategy includes reducing electricity rates, which account for the bulk of the production cost of discovering a block. Analyst Joseph Young first reported the new measures on his social media account.

In anticipation of the rainy season, Sichuan province regulators have reduced electricity rates. During this period, which generally runs from May to October, government officials will allow hydroelectric plants to provide the excess electricity produced to block reward miners.

Young’s report stated power companies would offer electricity rates at CNY 0.20 or about 3 US cents per 50,000 KW, improving upon last year’s CNY 0.28 or 4 cents rates during the previous wet season.

These low rates are a lifeline to local block reward miners, helping them delay the phase-out of older widely used ASIC Antminer S9 server. Online reports say this hardware server accounts for over 20% of the BTC hash rate, but it is no longer economically viable to operate after the halving.

For many in North America and Europe, the S9 miner no longer covers its cost to discover a block. 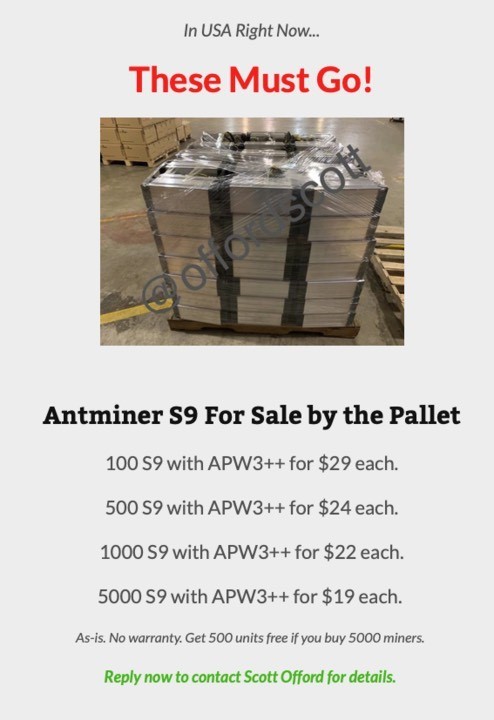 China’s embrace of the block reward mining sector and official recognition of blockchain technology might appear to be a monumental achievement for the BTC community. Just don’t look too deep beneath the surface because that achievement comes with a myriad of trouble for anyone outside of China’s borders.

China’s high-tech sector has always been semi-private and government-subsidized. Now that local block reward mining companies are allowed into the club, their rivals in Western countries will have a tough time competing against both private enterprise and the global superpower.