ZUG, Switzerland – May 27, 2021 – Bitcoin Association, the Switzerland-based global industry organisation that works to advance business with the BSV blockchain and use of Bitcoin SV as a data protocol, today announces the launch of the BSV Hub for MESA (Middle East & South Asia) – with dedicated on-the-ground resources in the region to build awareness and grow usage of the BSV blockchain for enterprise-grade applications and large-scale government projects.

The BSV Hub for MESA will be based in Dubai, United Arab Emirates and support growing interest from regional businesses, government and academic entities considering the BSV blockchain for their projects. With a significant geographic mandate, the Hub will initially prioritise work in the UAE and the Kingdom of Saudi Arabia, with future initiatives in Bahrain, India, Pakistan, Turkey and other countries.

Blockchain projects are often driven by government initiatives in MESA countries, making BSV an ideal platform for the large-scale data needs of the region’s public sector. BSV is an enterprise-grade public blockchain, functioning as both a peer-to-peer electronic cash system and a global data ledger for big business and government scale applications. The BSV network scales unbounded to support high volumes of transactions at minimal cost – expected to demonstrate this year up to 50,000 transaction per second throughput, with median transaction fees that are a small fraction of a U.S. cent. In addition, BSV offers micropayment, smart contract, tokenisation and diverse data functionalities. 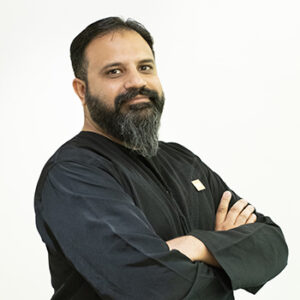 The BSV Hub for MESA will be headed by Muhammad Salman Anjum, a leading regional figure in the enterprise blockchain space, as well as the Chief Mate at InvoiceMate, a next-generation accounting and invoicing platform that is integrating the use of the BSV blockchain. Prior to founding InvoiceMate, Salman worked with several leading regional and international companies, including Avantas Tech Accelerator, PwC’s Academy Middle East and Mind AI.

In addition to supporting large-scale enterprise and public sector projects, the BSV Hub for MESA will educate and grow local capabilities for building applications on the BSV blockchain. The Hub will work with businesses, developers and academic institutions to offer training sessions and learning resources, as well as encourage more people to learn about the benefits of blockchain technology.

‘With the Middle East and South Asia region’s strong interest in e-government, smart city, IoT and other large-scale public sector technology initiatives, BSV is the big scaling blockchain needed to deliver the data utility needed to bring those big visions to life. After several trips to the region in the past 9 months, we have seen sustained growth in the interest of BSV across the MESA region, making now the right time to establish a local presence for the BSV ecosystem. With a strong partner in Muhammad Salman Anjum, I look forward to BSV’s progress in the MESA region to support blockchain applications with real data utility that bring more efficiency and honesty to the world.’

‘Blockchain is the truly revolutionary technology of our time, with the potential to have a significant impact on both the public and private sectors. With its unbounded scaling ability and diverse data functionalities, the BSV blockchain is uniquely positioned to offer solutions fit for both government and enterprise – which are my areas of passion. The Middle East and South Asia is an ideal territory to embrace the transformative potential of BSV blockchain technology and I’m excited to help lead the BSV growth story throughout the MESA region.’

The Association works to build a regulation-friendly ecosystem that fosters lawful conduct while facilitating innovation using all aspects of Bitcoin technology. More than a digital currency and blockchain, Bitcoin is also a network protocol; just like Internet protocol, it is the foundational rule set for an entire data network. The Association supports the use of the original Bitcoin protocol to operate the world’s single blockchain on Bitcoin SV.

Signed by Bataan Governor Joet Garcia and nChain AG Chairman Stefan Matthews, the memorandum of understanding aims to digitalize the operations of the Provincial Government of Bataan.

SmartLedger, the world's leading blockchain distribution channel, is proud to announce the release of Rare Generation and Streamable FM, a duo of revolutionary blockchain music applications.