The post originally appeared on the GAP600 website and we republished with permission from its CEO, Daniel Lipshitz. 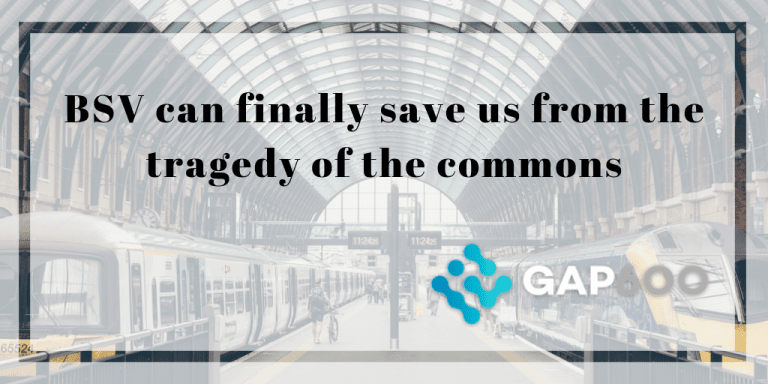 When we initially covered the topic of non-custodial services, we focused on payments, due to the inherent benefits they offered over custodial payment services.

In the context of everyday use, enabling non-custodial services provides a sustainable, strategic advantage in relation to current payment services. The practice delivers ease of use and scalability. This is done largely by sidestepping burdensome regulatory requirements and disintermediating the middlemen in the process, which can increase complexity.

In reality, however, no one really cares how something works, as long as it works. Most people simply want an easy, frictionless experience. As such, when considered in this context, crypto’s non-custodial nature simply isn’t compelling enough to drive mass adoption and usage. More than the ordinary

It’s insufficient to tip the balance when the time comes for someone to pay or transact. A cryptocurrency needs to offer more if it is to attain mass adoption.

Thankfully, BSV is uniquely able to provide a solution! It adds value, through a global data ledger, with the capacity-to-signal quality that underpins its various applications.

It also delivers advantages by allowing users to retain control of their data and solves the issues associated with free goods and the tragedy of the commons – where individual users act independently in a shared-resources system based on their own self-interest, which currently plagues user experience on the internet – as it syncronises value transactions with goods and services.

It enhances this strategic advantage by embedding services within the blockchain simply and in a format to which we are all accustomed, so much so that the data and the payment aspects of the service are one and the same.

Now as a comparison, consider if an application as ubiquitous as email was built on the BSV protocol. While users may not understand the mechanisms behind how email works, they know it works and how to use it. More importantly, they trust the technology. If applications, with similar utility and reach as email were built on the BSV protocol, no “leap of faith” into this new technology would be required to drive the adoption and usage of BSV as money.

Many would like to see non-government dominated, and non-inflationary money implemented into our deeply established systems, but to get everyone to switch to this new paradigm is extremely difficult. Therefore, a necessary step in the proliferation of BSV as currency will be building end-user trust and acceptance through the availability of useful applications and services, built on the protocol. These services are built on the same global ledger used to create the BSV blockchain. The interaction between the two is incredibly elegant and is a further strategic advantage offered by BSV because other cryptocurrencies ignore this attribute and are looking to put the cart before the horse.

Take, as examples, Twetch, Weather SV, Money Button, Buskon, various gaming platforms and a growing ecosystem of services, which are gaining traction by crafting functional use cases that are not possible without BSV.

Moreover, these transactions are facilitated in a non-custodial manner, which negates the influence of a government’s ungainly and obtrusive hand that generally seeks to meddle rather than promote free-market economic incentives.

The solution is elegant because, beyond its non-custodial nature, these providers can choose to deliver free services, or charge for them, and everything is inherently linked to an immutable data ledger with potential payment or return on the value built into the system. 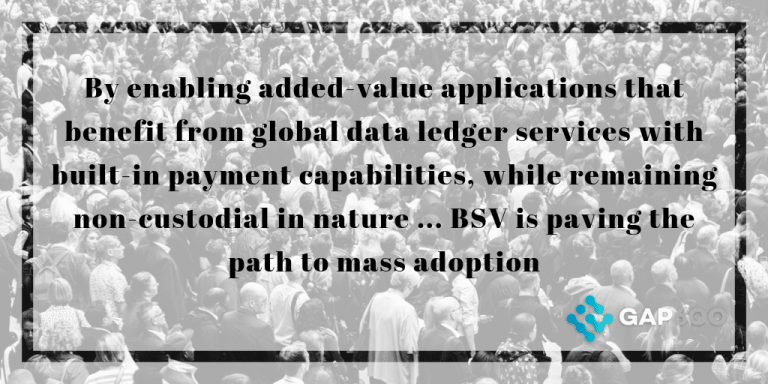 Having already established that non-custodial services serve as a key vector in which crypto has a marked advantage over fiat currency, we can now start to build on that value proposition thanks to Bitcoin SV’s protocol capability and capacity.

Since we published our last blog on the topic, $BSV has unlocked greater capacity for non-custodial payment services by returning to the original Bitcoin design. This has enabled greater value transfer and payments by interlinking technology applications that are  built into the foundation of non-custodial services.

What we need now is for more entrepreneurs and corporations to travel that path and build out existing and additional use cases. When the vision of the BSV data ledger underpinning applications and services reaches a tipping point of adoption, the value to pivoting to a global peer to peer cash systems can no longer be debated.