ZUG, Switzerland – June 07, 2021 – The BSV Blockchain for Government Initiative today announces that it has appointed Ahmed Yousif as its Middle East lead. In the newly created role, Yousif will work to build awareness and understanding of the utility of the BSV blockchain for large-scale government agency and public sector projects, as well as establish and develop relationships with enterprise leaders and government policymakers across the Middle East. 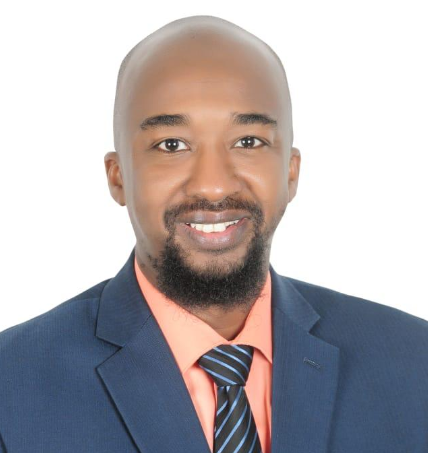 Yousif joins the BSV Blockchain for Government Initiative with a distinguished background working in technology innovation for government entities and large-scale digital solutions for public services. In addition to his role with the BSV Blockchain for Government Initiative, Yousif will continue to serve as the Digital Transformation & Strategy Head for the Holy Makkah Municipality in the Kingdom of Saudi Arabia. He is also the co-founder of Black Stone Data Solutions – a leading data analytics and business intelligence organisation.

In his capacity as co-founder of Black Stone Data Solutions, Yousif co-led an international BSV Blockchain for Government Initiative delegation on an historic official visit to the Republic of Sudan in April 2021, where leaders from the BSV blockchain ecosystem and the transitional Sudanese government engaged in several days of meetings and discussions – including the 1st Sudan Blockchain Summit & Workshop – centred around exploring how blockchain technology can be used as a tool for digital transformation as Sudan rebuilds and re-emerges from 30 years of isolation from much of the world.

The Middle East is home to a fast-growing BSV blockchain ecosystem, with Yousif’s appointment following last month’s launch of the BSV Hub for MESA (Middle East & South Asia). In his new role, Yousif will collaborate closely with Muhammad Salman Anjum, who heads the new BSV Hub for MESA in Dubai, UAE.

The BSV Blockchain for Government Initiative is led by Bitcoin Association, the Switzerland-based non-profit organisation that works to advance use of the BSV blockchain, protocol and distributed data network. The Initiative works with government bodies, NGOs and public sector agencies to advance large-scale implementations of blockchain technology for the benefit of citizens, including through the delivery of e-government services, tools for greater financial inclusion and improved transparency, as well as applications that foster public good for municipalities and entire countries.

BSV is an ideal platform for government and public sector solutions because it is an enterprise-grade public blockchain that functions as both a peer-to-peer electronic cash system and a global data ledger for large-scale applications. The BSV blockchain scales unbounded to support high volumes of transactions at minimal cost, with its network expected to demonstrate throughput capacity of 50,000 transactions per second later this year, while maintaining median transaction fees that are a fraction of a U.S. cent. In addition to its massive transaction capacity, the BSV network offers micropayment, smart contract, tokenisation and data functionalities.

‘With the Middle East one of the world’s leading regions for the implementation of blockchain technology in public sector digital initiatives and the delivery of e-government services, we are delighted to add an experienced technology leader in Ahmed Yousif to join our international BSV Blockchain for Government Initiative. Ahmed has the right combination of digital technology knowledge, government project experience and belief in BSV’s power to make a better world. We look forward to his leadership contributions as we expand our government outreach and education efforts across the Middle East.’

‘Governments and public bodies across the Middle East have continually demonstrated a willingness to be at the forefront in leveraging and utilising new and innovative technologies for the benefit of their citizens. I expect that blockchain will be no different, with growing interest across the region in the different ways that the technology can be applied to bring more efficiency and honesty to public sector programmes and e-government services. In my new role with the BSV Blockchain for Government Initiative, I look forward to collaborating with leaders and decision-makers across the Middle East to conceptualise and deliver vanguard public and government projects using the BSV blockchain.’