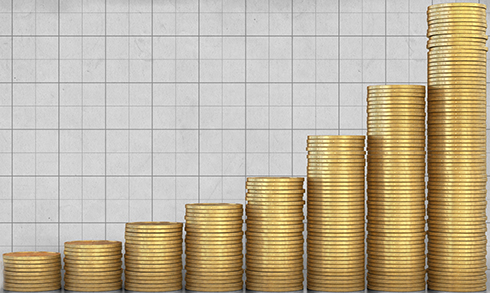 The price of bitcoin has risen beyond $1800 for the first time, as the currency continues to push new boundaries.

The archetypal blockchain-based cryptocurrency, bitcoin has enjoyed strong performance over the last couple of weeks, with investors buying up the market beyond the $1700 and now $1800 price barriers for the first time.

Following last week’s growth to $1700, some analysts had suggested the currency was reaching unsustainably high levels. Their concerns appeared to be validated with a correction earlier in the week, which saw the market fall back to levels of around $1650 per bitcoin

But having gained over $100 in the day’s trading at the time of writing, it seems like investor appetite for the currency remains strong, and could continue to influence the market in the weeks and months ahead.

It comes at a good time for blockchain protocols in general, with similarly strong trading across other currencies including the Ripple XRP and the ethereal ether – both up 6,000% and 1,000% on the year respectively.

As the world’s best performing currency over the last two years, bitcoin in particular has always attracted the bulk of speculation on cryptocurrencies.

With the most established infrastructure surrounding bitcoin, it remains the natural choice for most investors looking to capitalise on the growth of the altcoin sector.

But now, with rival currencies developing their own unique value propositions, and an increasing number of blockchain-based currencies rolling out their system protocols, it may not be long before others come to rival bitcoin’s current levels of success.

Currency broker Anycoin Direct said that the current buying frenzy was affecting some other altcoin markets even more heavily than bitcoin, albeit from a lower base.

According to co-founder Bram Ceelen, investors were ‘pretty much buying everything’, a statement that would seem to be reflective of current buyer optimism in altcoin markets.

While the news will no doubt be warmly received by bitcoin speculators, some remain concerned that a further, more significant correction could lie in wait, particularly if prices continue to rise at this rate.

It remains to be seen whether the current growth is sustainable for the currency long term.