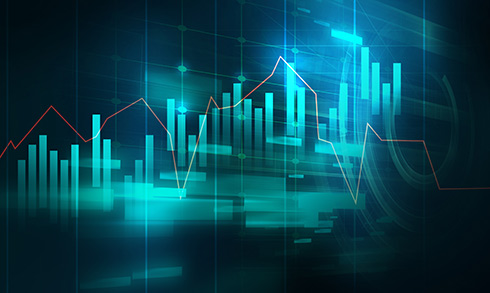 Digital currency Bitcoin has surpassed yet another milestone, after being valued at over $1,000 for a full month for the first time.

The currency, which is still subject to volatile swings in price, breached $1,000 on February 14.

A month on, despite significant challenges, the currency has remained trading at over $1,000, and was trading at $1,255.82 at the time of this report.

Analysts have interpreted this as an important milestone for the digital currency, as it continues on its trajectory to greater stability and market transparency.

Despite the high profile decision of the SEC last week, which ruled against proposed ETFs based on bitcoin, conditions for the currency have remained strong.

After losing some $300 from its price in minutes following the SEC ruling, bitcoin quickly recovered lost ground, and has continued to rise in price ever since.

The development marks the first full month in the currency’s history where trading remained constantly above the $1,000 threshold.

Bitcoin is fully decentralized, independent of banks, governments and regulators. Relying on the distributed ledger to record, verify and effect transactions, it differs from traditional global currencies in its function.

The distributed ledger is a product of the blockchain, a technology that could hold significant benefits for a range of industries and government functions.

As developers continue to move towards more viable use-cases for the blockchain, its role in supporting the growing bitcoin market is widely regarded as an important indicator for its future potential.

With bitcoin traded on specialist bitcoin exchanges, the market for bitcoin remains less liquid than for major international currencies, leading to increased volatility relative to other assets. However, as the best performing currency in the world in 2016, and a broadly strong start to 2017 already under its belt, the future for bitcoin now looks more promising than ever.

Maintaining the $1,000 value for a full month for the first time will be seen as a sign that bitcoin could be reaching a more mature stage in its evolution, helping allay the concerns of investors over price volatility.

With governments, banks and wider industries continuing to open up to bitcoin transactions, the imminent future for bitcoin looks set to continue on this trajectory.